2017 brought about a few massive changes, including a few emotional turning points in my life. Highs included my dad’s surgery yielding the best result possible, an amazing girls’ trip around Eastern Canada with Brit, and finding myself getting to spend more time with family. Lows included saying a heartbreaking farewell to our family dog, a truly beautiful spirit whose loss was devastating, and the self-realization that I was letting my happiness in life fade. Smack dab in the middle, complete with highs and lows – moving.

Looking back on my adventures, I’ve selected my ten favourite pictures I took in 2017. The pictures are in chronological order and – quick side note – not all were technically taken by me (thanks Brit!).

To me, there isn’t much in this world that feels more relaxing than a walk along the beach (a somewhat hilarious fact, given that as a young child I could NOT handle touching the sand). Growing up, I have several memories of my mom, sister, and I driving out to the beach for a relaxing evening sitting on the sand, walking along the shore, or throwing sticks for our dog to chase. To this day, I feel a peaceful calm while on the beach.

For this picture, it’s not so much the picture itself as it is the day I took it. My sister and I hiked the trail up to the ruins and had a blast doing so. My sister and I have gotten a lot closer over the years and I’m so grateful for that. We laughed together as we took wheezy breaths, clutched stitches in our sides from all the inclines, and swatted away swarms of bugs. The building itself was once an experimental phosphate mill, and the sight of the stunning ruins was enough to take away what little breath we had left.

I love this picture for several reasons, mainly the silhouette aspect the rocks created and that I had no idea this was being taken. My friend Brit snapped the picture and only showed it to me afterwards. Walking among the rocks and exploring a place that spends a significant amount of time underwater was a truly unforgettable experience.

I love this picture for much the same reason as the picture above it – the sheer size and scope of the rocks creates a fascinating feeling of smallness within you that somehow doesn’t diminish you. If all of that doesn’t quite make sense, then let me sum this photo up in that this was a major bucket list item for me, and it did NOT disappoint in the slightest. 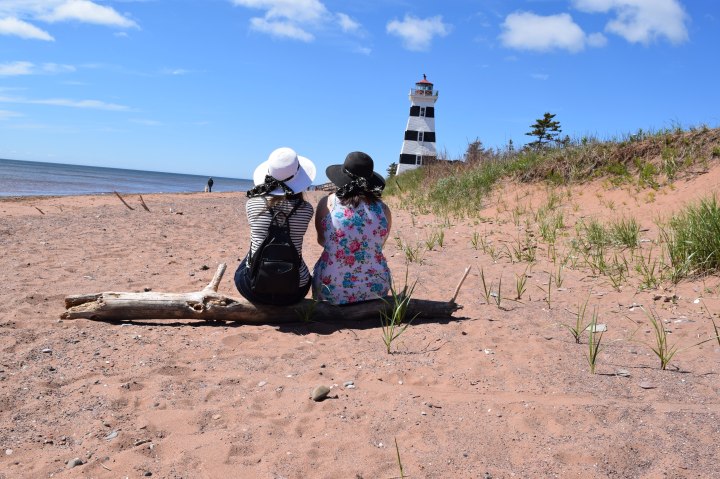 Thank you, tripods, am I right? PEI quickly stole my heart on our adventurous road trip around Canada’s east coast, and I was particularly fond of our second day, during which  we drove around the island’s west side. PEI was stunning, and even better because I experienced it for the first time with one of my best friends and favourite travel buddies.

For starters, this was just a fun day all around. It was my favourite day of our entire East Coast road trip, and I feel like we saw a lot of the beauty that Prince Edward Island has to offer. PEI may be small, but I feel it’s a province that truly has a lot to offer, particularly in beautiful scenery. I also accidentally matched a lighthouse, so there’s that. 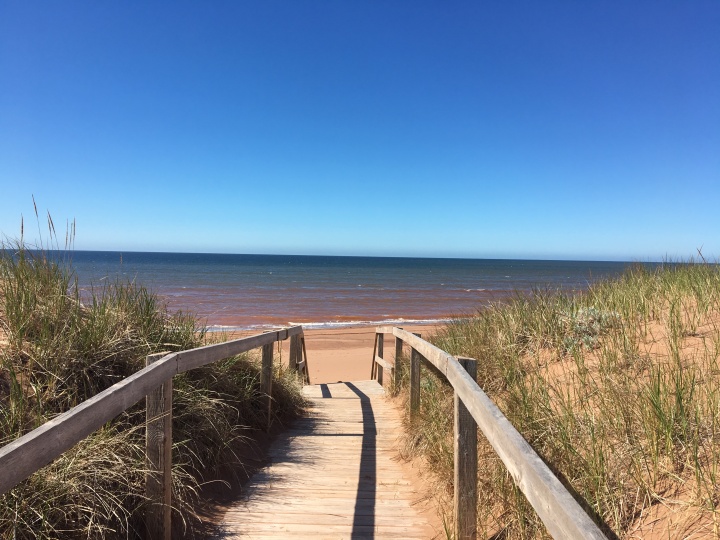 This photo, from the same day as the two above, is actually my overall favourite photo I snapped in 2017. The beach was at the end of a road, barely marked with signs, and was a true hidden gem. We didn’t stay long because we weren’t entirely sure we were able to park where we did, but this beach was my favourite discovery during our time in PEI.

Ah, Nova Scotia, one of the most ruggedly beautiful provinces Canada has to offer. Peggys Cove is an adorable village home to one of the most photogenic – and photographed – lighthouses I’ve ever seen. Whether rain or sun, the lighthouse remains extremely picturesque. If you’re there on a windy and rainy day like we were, be careful of the slippery rocks, and always stay off the black rocks.

The entire MosaïCanada experience was pretty spectacular, and a wonderful way to pass an afternoon. The event showcased moments of historical importance within Canada’s history, and also gave voice to cultural beliefs and stories, such as Mother Earth – The Legend of Aataentsic. She was by far my favourite of the exhibit, and the attention to detail was stunning.

This trip and experience was doubly special for being a surprise birthday celebration for my mom (the other reason being because winery tours are tons of fun, of course!). This was a great winery tour, but the best part by far was spending time with family.

This concludes my 10 favorite pictures I took in 2017.

Do you have a set of favorite pictures?

There was an error retrieving images from Instagram. An attempt will be remade in a few minutes.