I only found this quote after our trip, but it’s achingly accurate. Being in Prince Edward Island, particularly on the beaches during our second full day, was beyond peaceful and truly relaxing. It was just the break I needed.

Our first true stop of the day came about because I accidentally took the wrong branch off a roundabout. That’s the fun of road trips, though, isn’t it? Charting out on a course unknown, finding adventures and interesting sites. In this case, my misdirection led us to Slemon Park, formerly the RCAF Station Summerside. 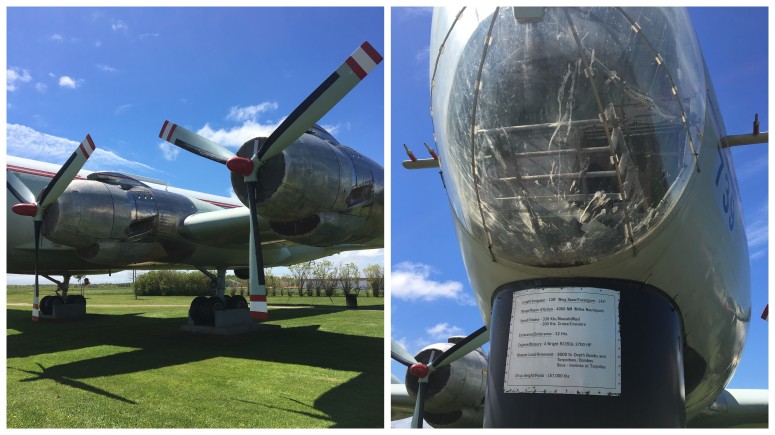 Aside from the surreal feeling of standing next to the massive planes, one of the best parts of the park was definitely the memorial tiles and memorial wall, including a plaque to commemorate search and rescue operators. 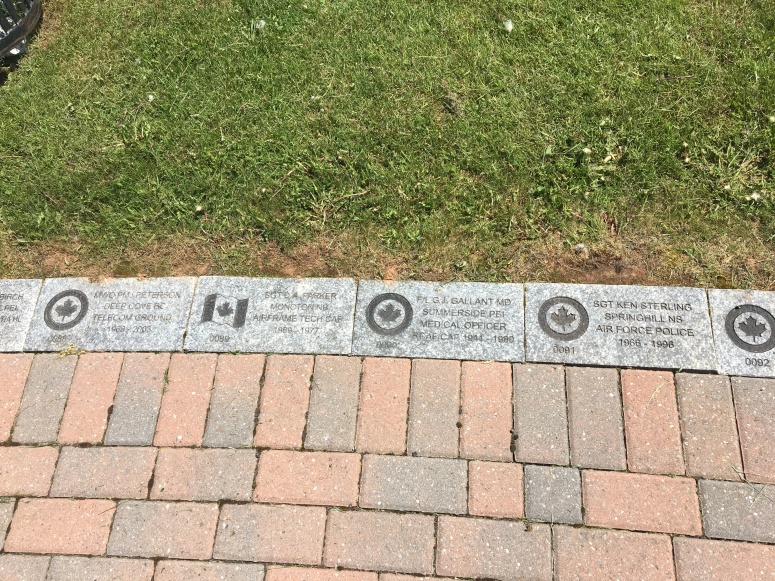 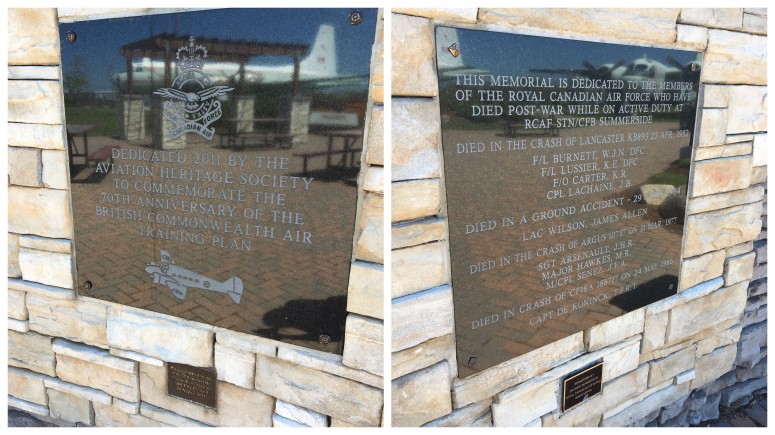 After Slemon Park, our first officially pre-planned stop was the West Point lighthouse, the first lighthouse in PEI to become an inn and a museum as well as a lighthouse. Nestled beside a picture-perfect beach, this area has everything you could want in either a stay or a stop. Though there were plenty of people around the parking area when we went, we had the beach mostly to ourselves, and the secluded location of the lighthouse gives you that away from it all feeling so many people desperately crave. 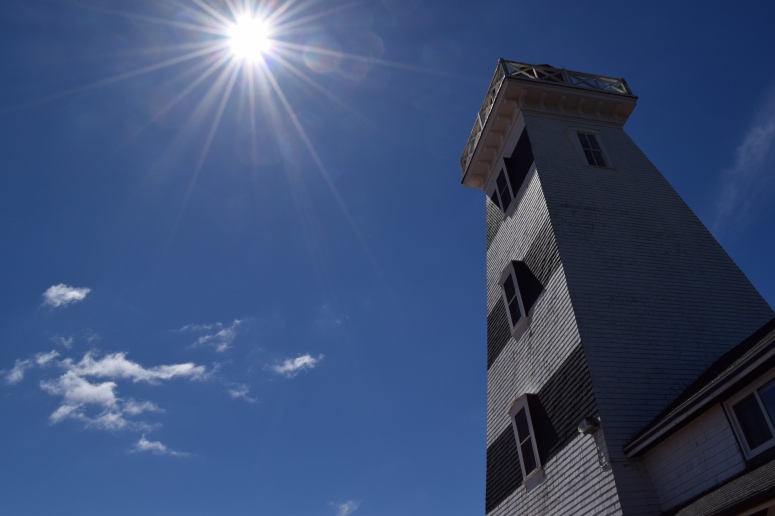 One of the funniest moments of our day came as I discovered that I had accidentally matched the lighthouse. Who wore it better?

It was exciting to know that we had stumbled upon the most eastern lighthouse the day before, and we had now found our way to the most western lighthouse. I’ve always enjoyed balance, so this felt fitting.

If the previous day was our lighthouse day, then this one was definitely our beach day! 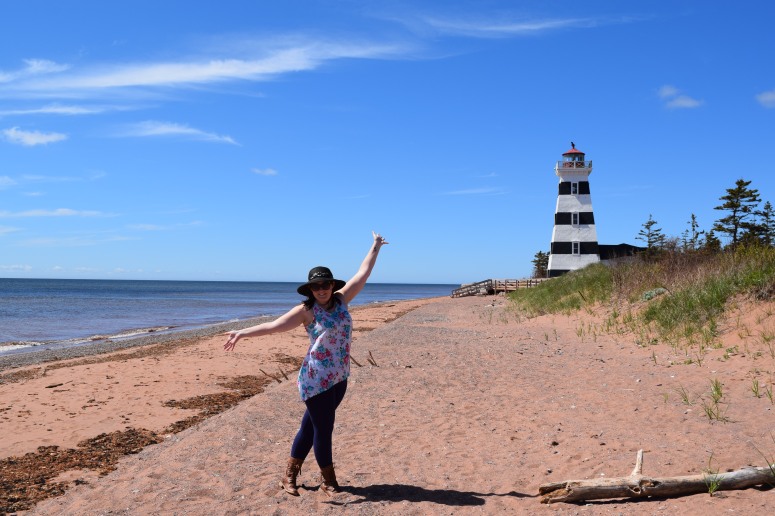 We eventually made our way back to our car and continued our journey north along the western coast. Our next stop was a happy accident. Brit spotted a sign saying there was a beach to the left, so we pulled onto Stompin Tom Road.

If there’s one stretch of sand you see in PEI, make it this one. I promise, you won’t regret it.

The sand was gorgeous, the sky was radiant, and the water was shining. The crystal clear weather and the lack of any other humans made for an ideal situation. The tall dunes hide away the road and houses just on the other side. This beach is harder to find than its more popular counterparts, but for that reason, it feels like a true hidden gem of PEI. 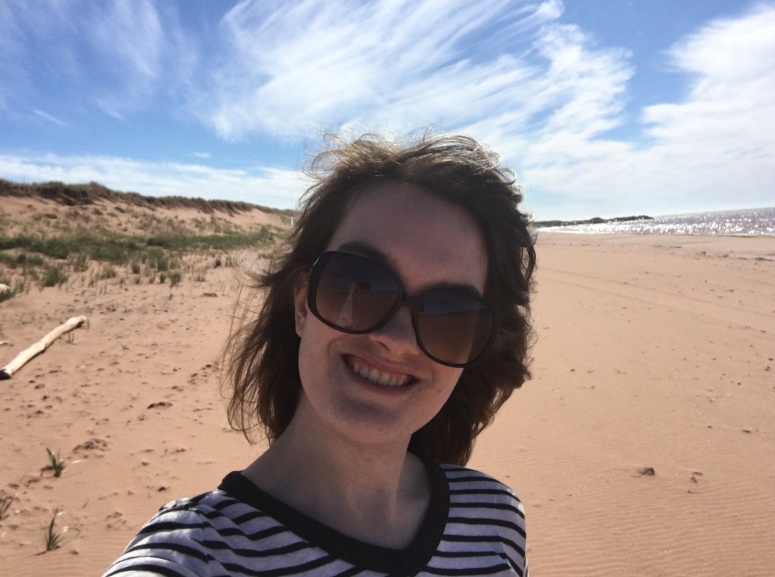 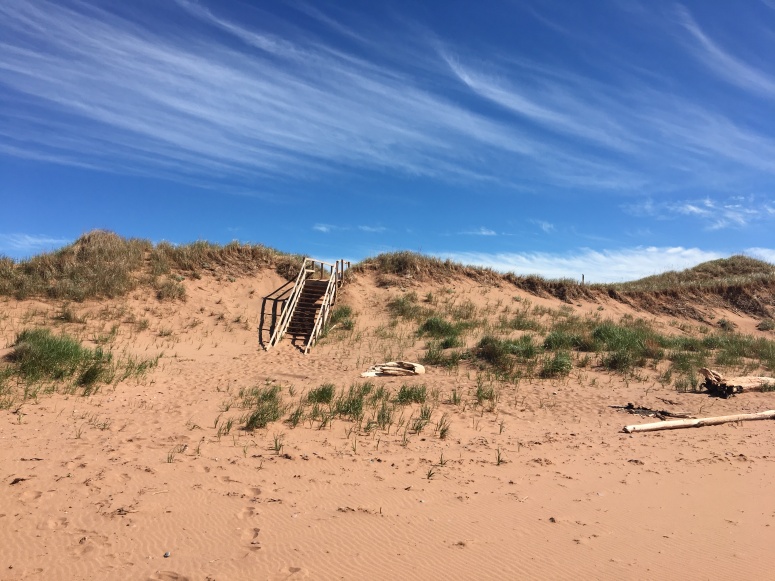 Despite its perfection, we didn’t stay long. There wasn’t really a true place to park, so we were nervous to leave our car too long on the side of the road. Don’t let that stop you, though; this beach is worth seeing in person. 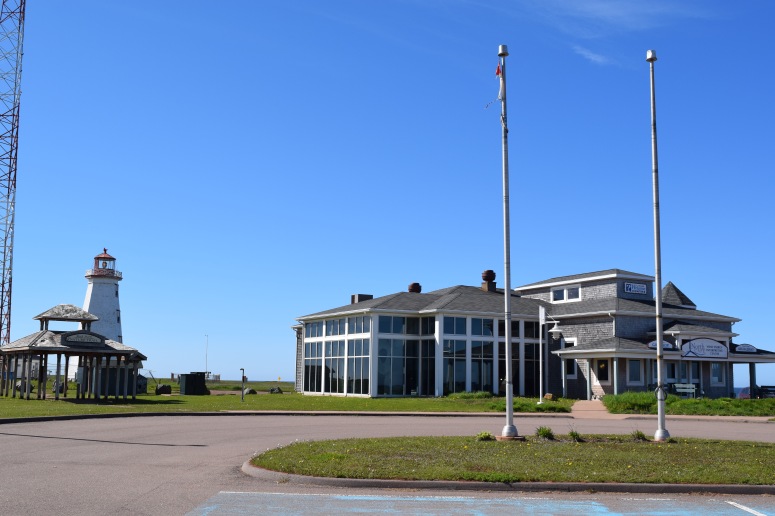 To our chagrin, the lighthouse itself was fenced off. Still, we made the most of the bright, sunny weather and ventured down to the rocky shore. 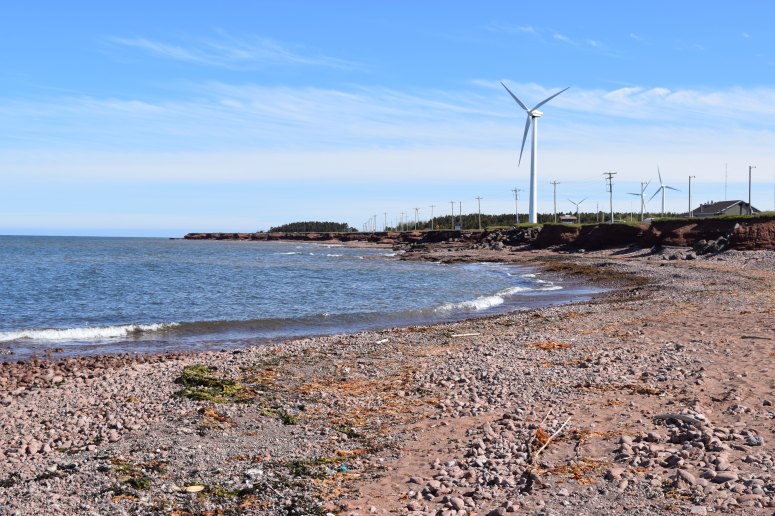 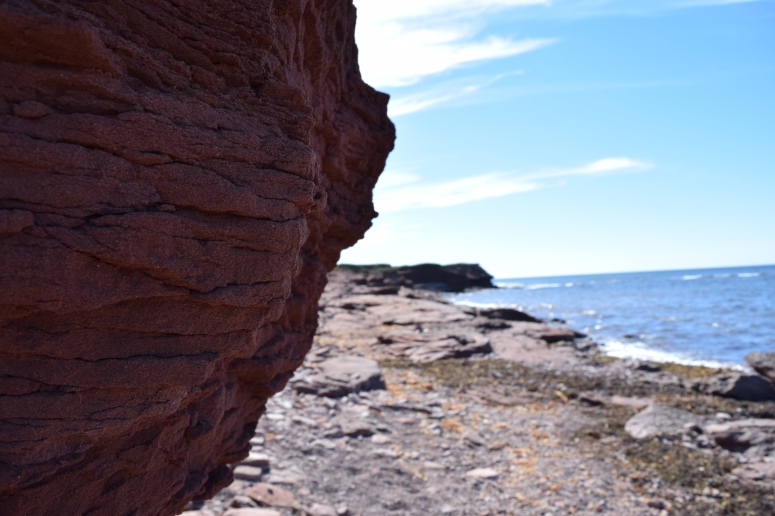 At each of the directional lighthouses it felt as though you were standing on the edge of the world, with nothing but ocean stretching out forever in front of you. In reality, at times you can see Nova Scotia or New Brunswick off in the far distance, but it was easy enough to pretend. 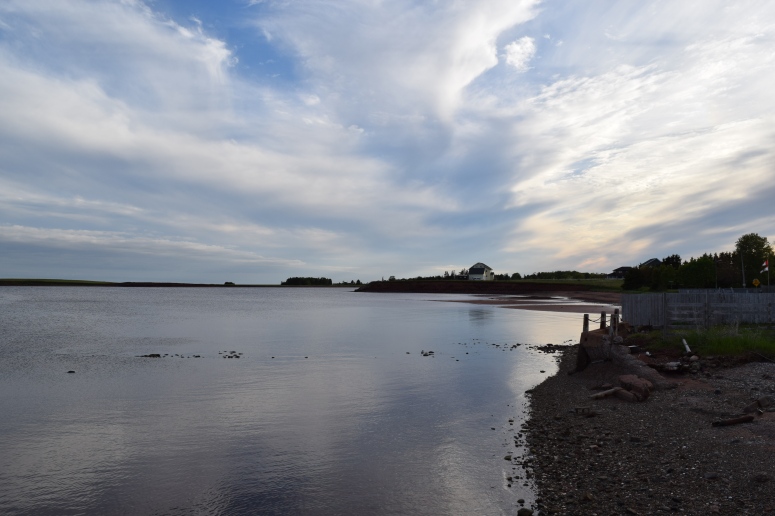 Other than a quick stop at a lookout, we only had one final place to see for the day – Port-la-Joye – Fort Amherst National Historic Site. Established in 1720, all that remains now is the grassy outline, but the view is phenomenal and you’re able to walk the former site with ease. It was the first military fortification on the island, and after falling to British control, it functioned as a deportation site for French and Acadian settlers. 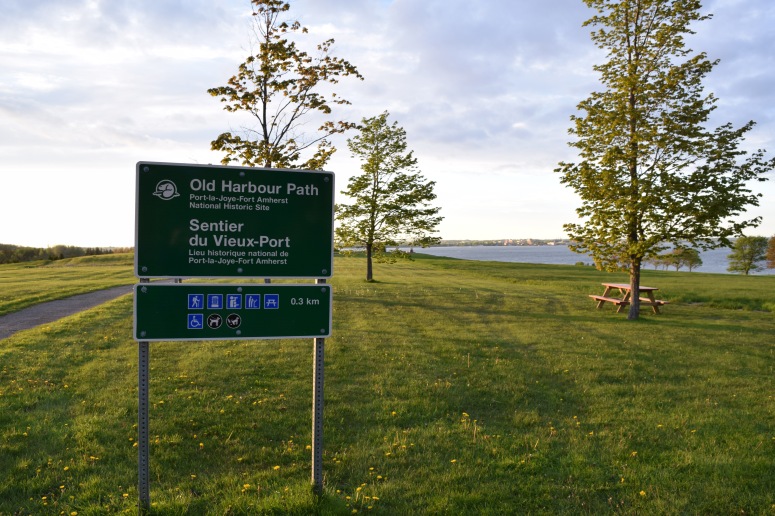 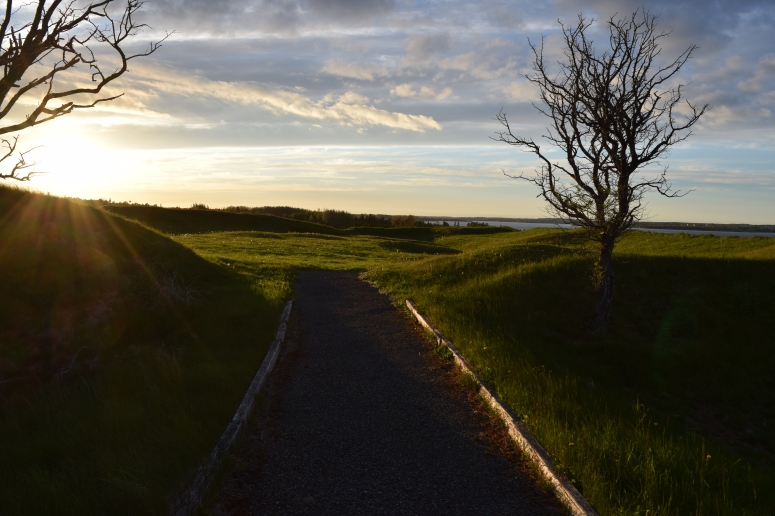 This beautifully scenic historic site is currently the topic of a heated debate. The site added the name Amherst in honour of Jeffery Amherst, an 18th century British general. He played a pivotal role in conquering territory in “New France”.

The controversy lies in the fact that this fort shares the name of a man who stooped so low as to attempt to murder Aboriginal peoples with blankets containing smallpox. John Joe Sark, a Mi’kmaq leader, has been vying for the name to be removed from the fort for nearly a decade now, though Parks Canada has thus refused. Given the recent name change of a building named for a man who advocated for residential schools, the mission to rename the fort could hopefully see a successful outcome in the near future. 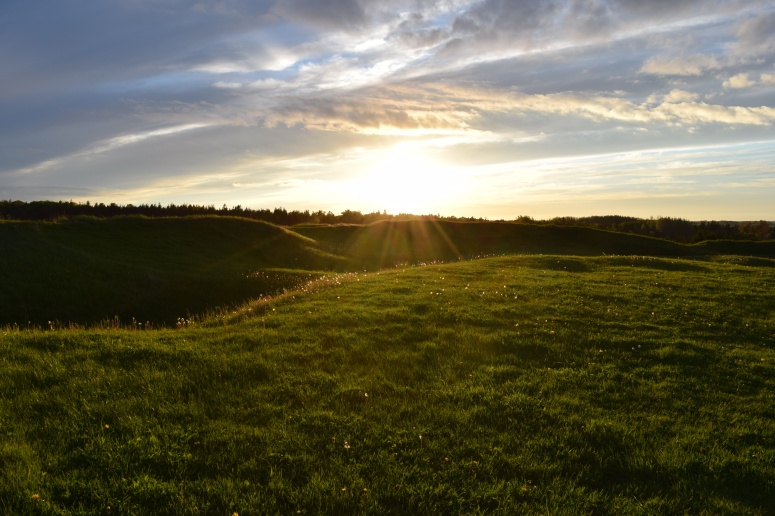 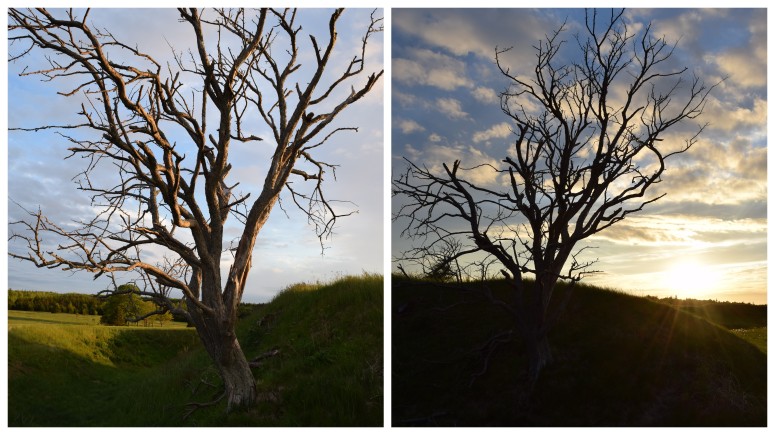 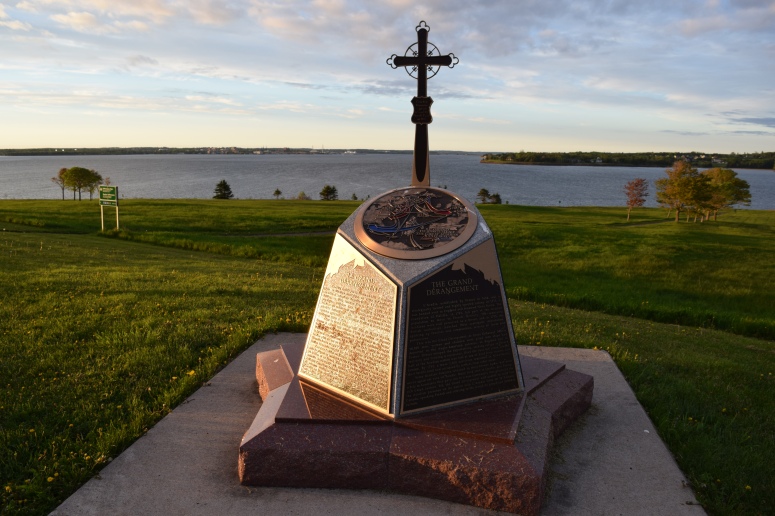 Our second day in Prince Edward Island could not have been more perfect. We had amazing weather, saw stunning scenery, and enjoyed a relaxing day driving around the western side of the island. With just one full day left in PEI, we knew what we needed to do… it was time to set out and find Anne.

Have you stumbled upon a beach that felt like (or is) a hidden gem?