When Brit and I put in motion our plan to move to Ottawa, I remember excitedly saying that we should take a road trip to Prince Edward Island, as it would only be a 14 hour drive away. Five years later, that suggestion was formed into a solid plan and we were on our way.

Prince Edward Island charmed me long before I ever set foot on any of its magnificent dune-filled beaches. It may be Canada’s smallest province at only 5,660 km² (2185 square miles), but it has a vast wealth of things to see and do. In fact, our entire trip blossomed out of our desire to see PEI, the only province on our list that neither of us had been to.

We set out for PEI right from the Hopewell Rocks, wanting to have a low-key and relaxing evening as our introduction to the new province. Right from the start of planning, we knew we wanted to take advantage of the two most common ways to travel to PEI: the Confederation Bridge and the ferry to/from Nova Scotia. It just felt right to arrive via the bridge, and it also made more sense for our circuitous journey to leave via the ferry to Nova Scotia.

The Confederation Bridge has been helping people get to and from PEI since 1997, though the idea was first put forth in 1885. It’s the longest bridge in Canada at 12.9 kms (8 miles) long, and having now driven across it, I can attest that it does seem to take ages. Whether you choose to leave PEI by the bridge or by the ferry crossing, you’ll be required to pay a toll (only on departure from the island).

We had mapped out three full days of what we wanted to see and do. The morning of our first full day on the island, we set out to drive its stunning eastern coastline. First stop of the day? Point Prim Lighthouse, recommended to us by our lovely Airbnb hostess.

Point Prim Lighthouse is the oldest on the island, and offers tours from mid-June to the end of September. I would have loved to venture inside, but we were about a week early for entrance. As the wind was strong and the rain was falling sporadically, we didn’t stay long.

Our next stop ended up being far shorter than we originally planned, despite our desire to see it. Cape Bear Lighthouse was the first Canadian lighthouse to receive a distress signal from the Titanic as the ship was sinking. It also played a role in World War II as a useful lookout site to spot German U-boats.

Unfortunately, the lighthouse was under construction to repair its outer walls when we arrived. Still, we had a pretty great viewpoint to stop at and take a few pictures.

We knew that by planning our trip in early June, it would be anyone’s guess if it would be warm enough to have a beach day. Spoiler alert: it definitely wasn’t on the day we drove the east coast. It was with zipped up rainjackets that we arrived at Baisin Head Beach. 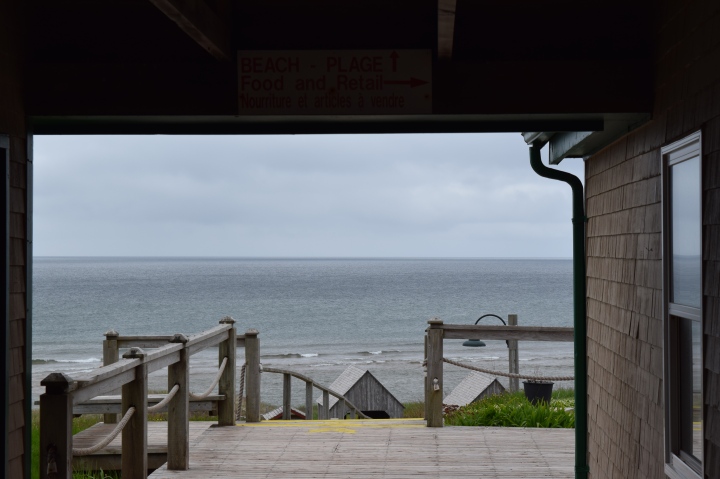 Full of dunes and fine, squeaking sand, this beach was pretty spectacular, even in less than ideal weather. We nevertheless had fun frolicking along the shores for awhile. It’s my understanding that Baisin Head is a pretty popular spot once the weather improves and the summer heat brings the water to a warmer temperature. 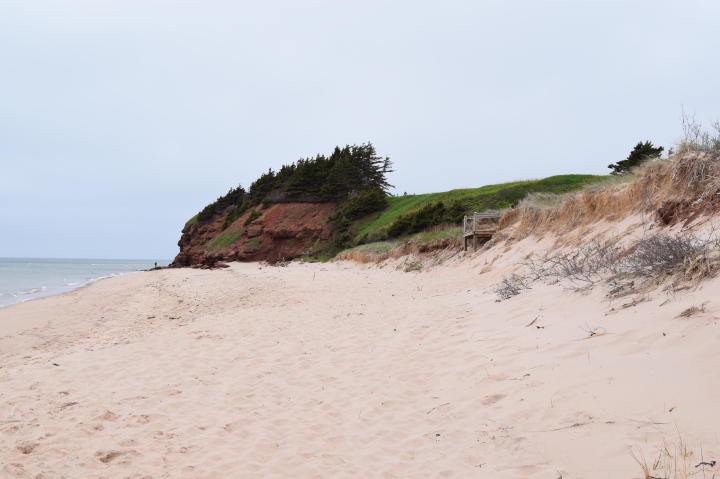 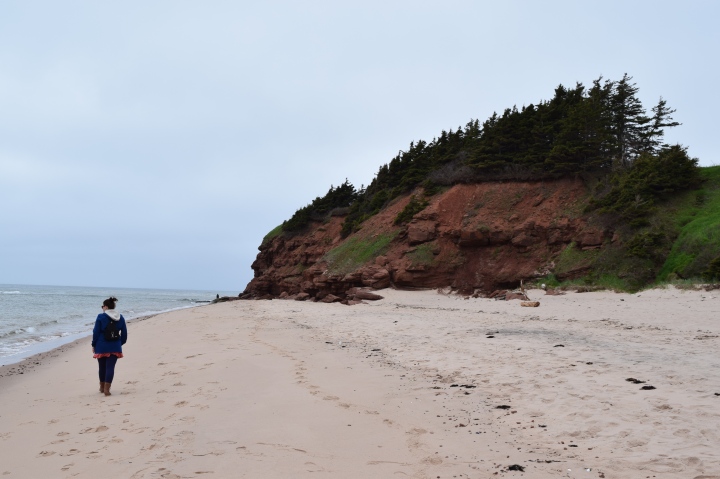 Our next random stop came in Kingsboro at a lookout with a stunning view. I tried desperately to capture the gorgeous red soil PEI is known for, but pictures never seemed to do it proper justice. 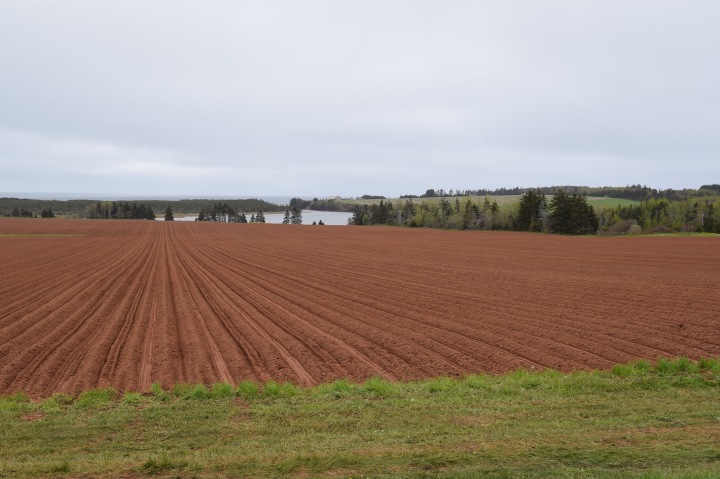 It was with an extra burst of excitement that we stumbled upon the East Point Lighthouse. Staring out at the ocean, you truly feel like you’re on the edge of the world. I remember checking a map on my phone to see our exact location and laughing at how it looked as though we were in the water.

Hailed as Canada’s Confederation Lighthouse, the East Point Lighthouse was the final lighthouse built on the island before Confederation. Nowadays, you can take a tour (self-guided or otherwise) up to the top, but we forbore. 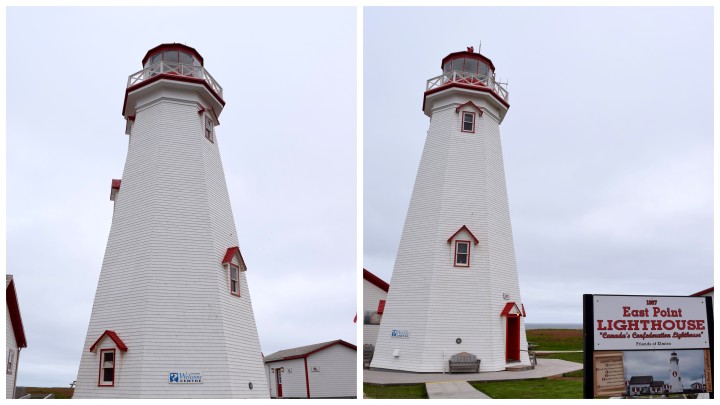 Our final stop of the day along our drive was one I was excited for ahead of time, though it was purely coincidence that we even passed by it. Greenwich in Prince Edward Island National Park is known for its dunes, and also boasts crystalline sands and a visitor centre displaying the history of the area. This section was added to the National Park in 1998 to protect the dunes, rare plants, and archaeological evidence dating back 10,000 years. 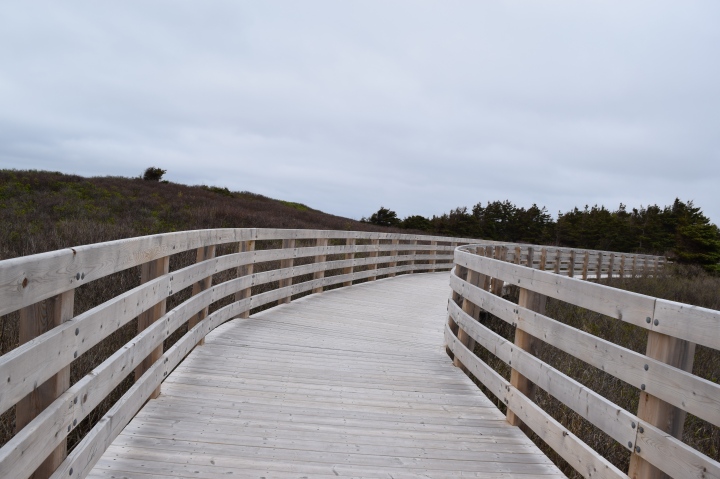 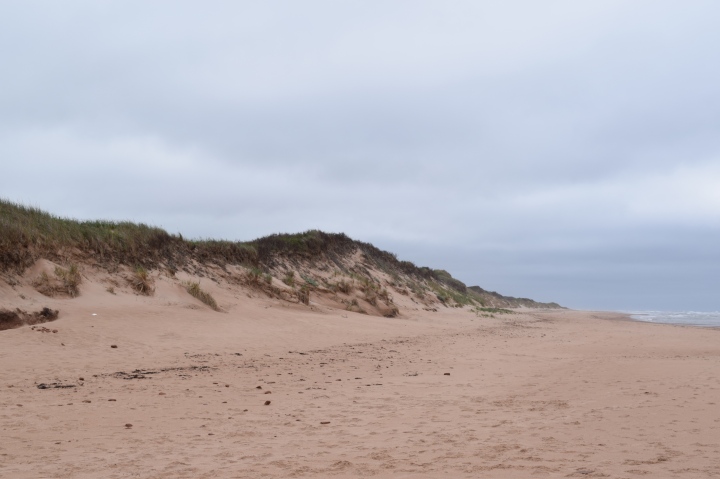 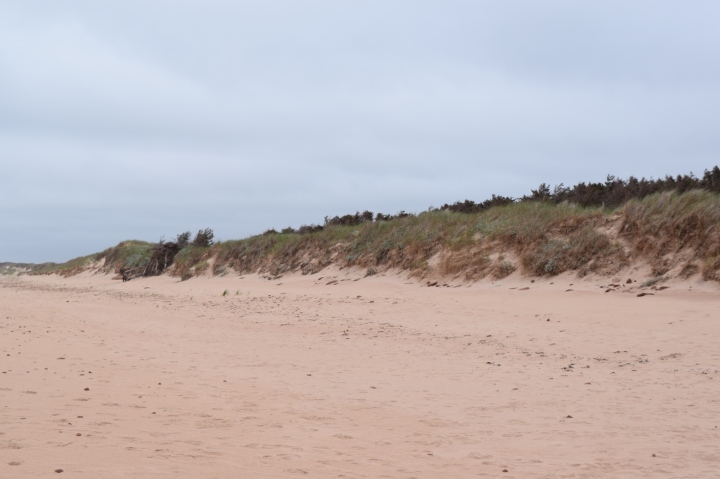 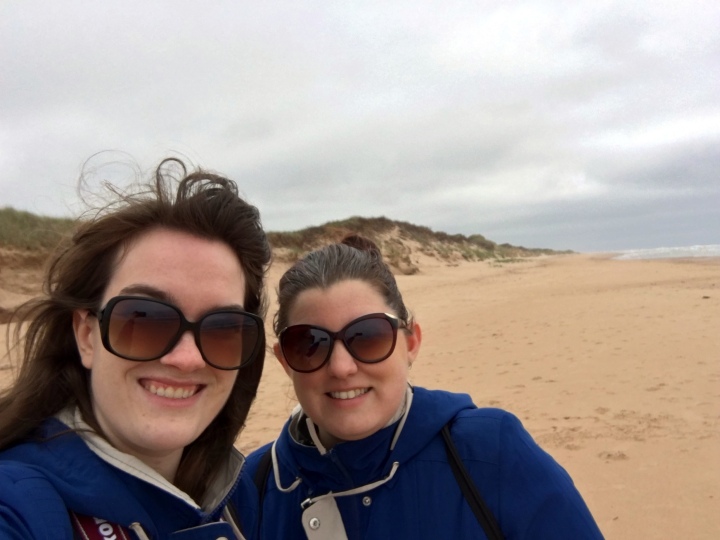 When we arrived, it was to find an empty parking lot and a stretch of beach without any other occupants. This is probably the only time in my life I’ll ever get the chance to say we were alone in a National Park (or at least this section of it).

Once again, we were too early in the season to access anything that would provide us with solid information. The visitor centre was closed, but we took the opportunity to climb an admittedly sketchy-looking set of rickety stairs to get a glimpse of the view from above. In all honesty, I have no idea if we were allowed up, but there were no gates and no prohibiting signs. In the end, I’m glad we did, because we were rewarded with quite a view! 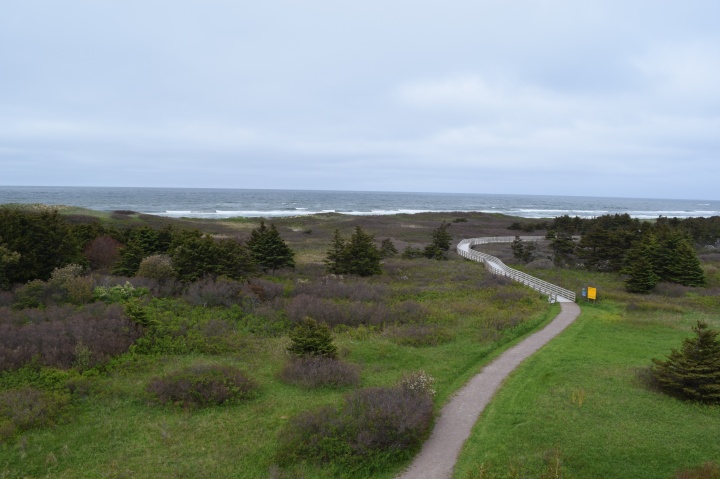 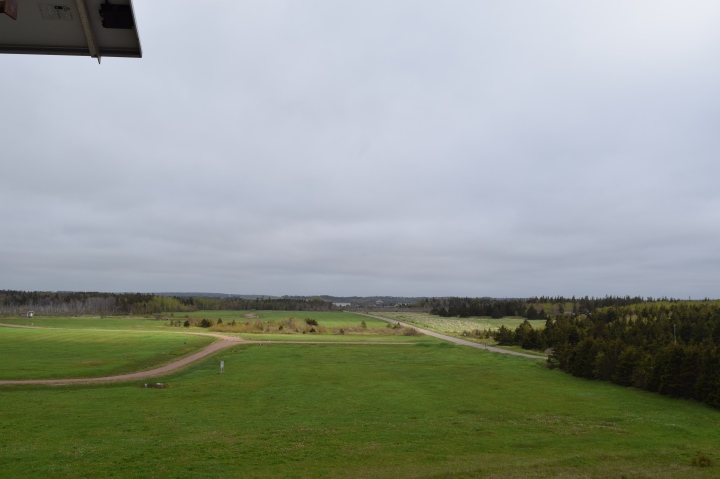 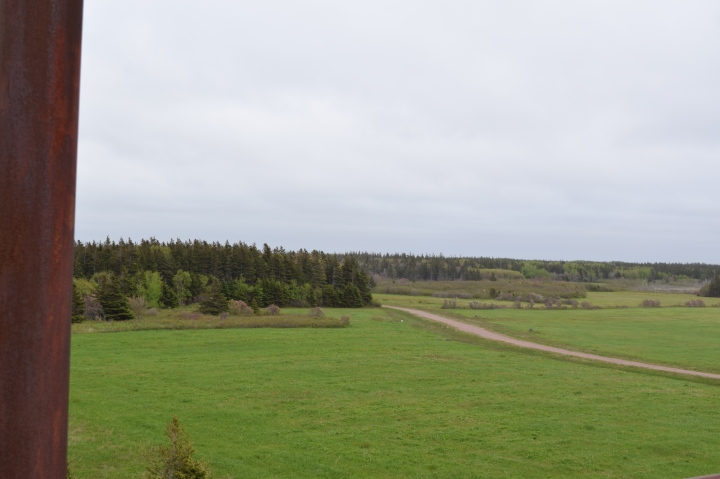 We arrived back at our Airbnb while it was still light out, so we decided to take a walk to the small cemetery up the road. The graves were fascinating, and all seemed to stem from the same small village of settlers during the 1800s. 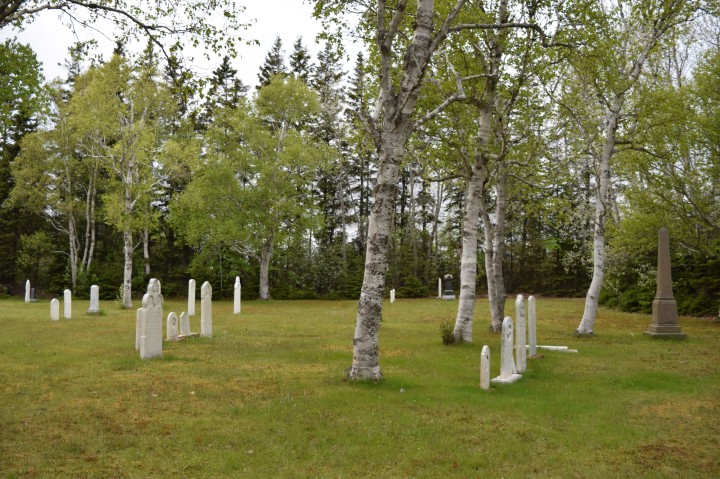 Our first day in Prince Edward Island gave us a taste of the stunning landscapes and sites we would see. With our excitement from the day still intact, we had a chill night in preparation for another round of exploring the next day.

Have you been to PEI?