It is particularly fitting that I’m posting about my trip to Vegas with Brit right now, since tomorrow we are setting off on a cruise! We’re going to have a blast, I’m sure, and it will no doubt involve getting lost at least once.

For now, though, let’s talk about our second day in Vegas! 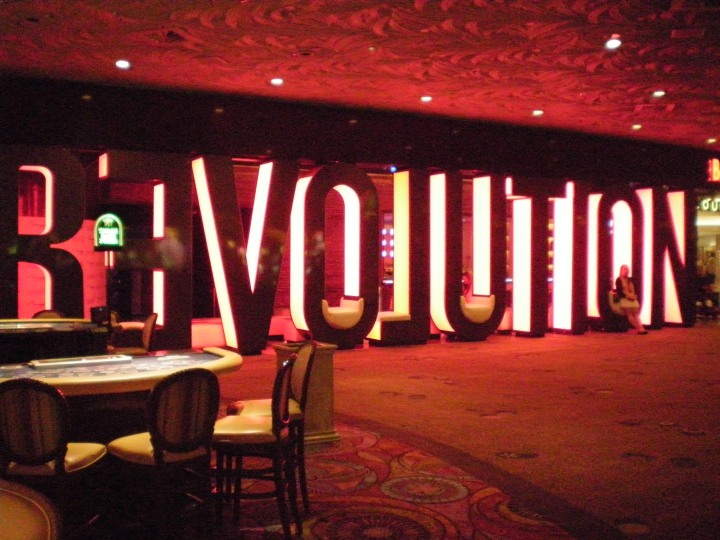 We began our second day bright and early by taking the tram train from Treasure Island to the Mirage.

We were very jealous to discover the pool at the Mirage had a stunning light waterfall. I badly wanted to swim there – doesn’t it seem fun? Since our day did not include trying to sneak our way into the pool area, we continued on to our first stop of the day – Siegfried & Roy’s Secret Garden and Dolphin Habitat! 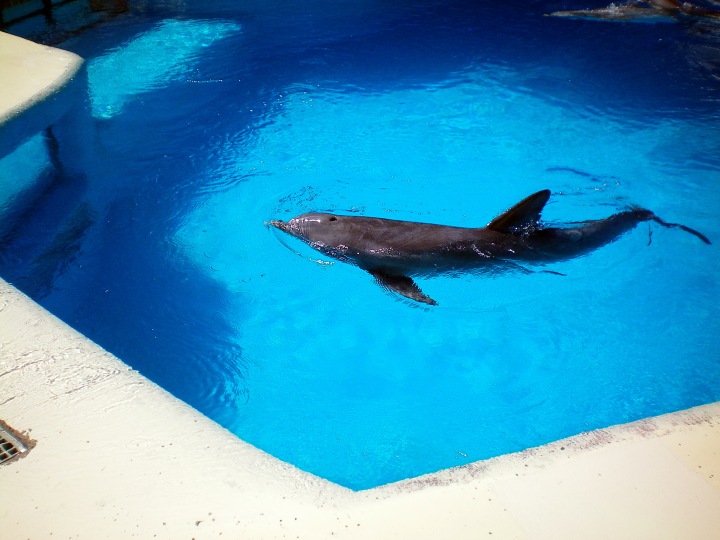 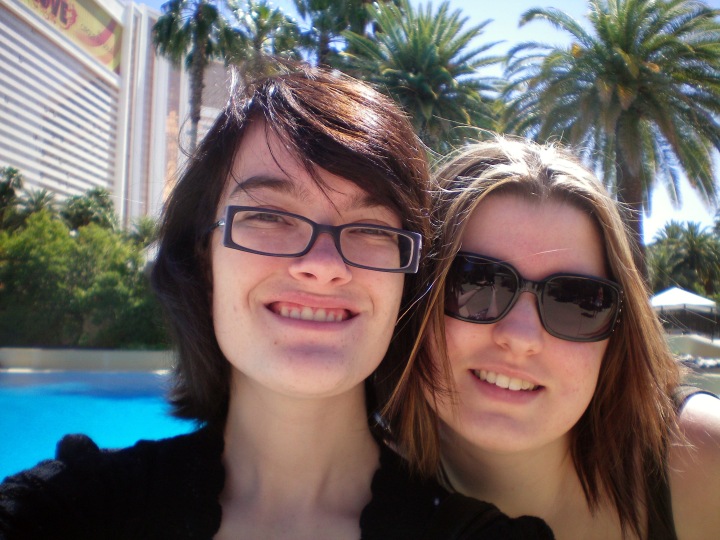 The dolphin show was first – and I’m sorry, I don’t have any pictures because I filmed a bit of it instead – and they were absolutely adorable. According to the show, the trainers only get the dolphins to do tricks that are natural behaviors. What I liked about this show is that it wasn’t just activity after activity for the dolphins. In fact, they had two trainers in with a dolphin each and it was mostly just their interactions while checking on the dolphins. No hoop jumps here, and I liked that.

The Garden aspect was essentially a walk through while looking at big cats in areas that seem frankly too small for them. It’s especially hard for me to praise this or any kind of zoo after seeing animals in their natural habitats on a South African safari. Anything smaller than the wild seems unnatural. The only bright spots are rehabilitation centers, which then usually release the animals back into the wild. 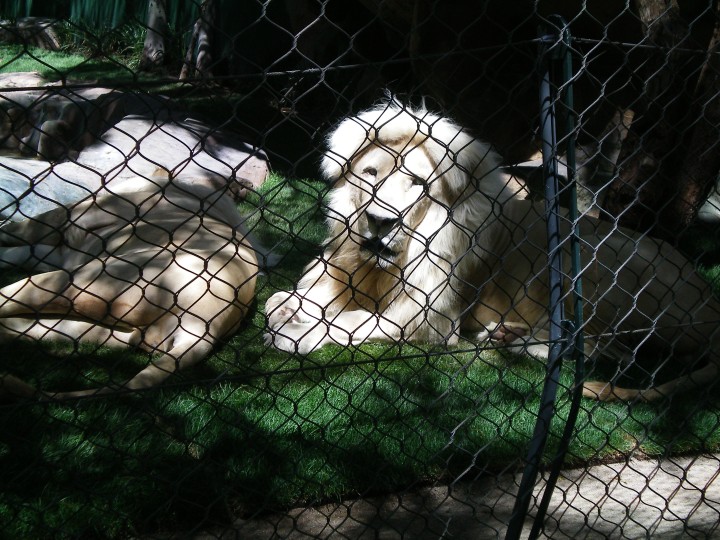 The white tiger in the last picture kept staring at me and pacing. At first it just seemed like strange behavior, until I realized I had accidentally dressed in black and white and probably looked like a tasty zebra. Oops.

The definite highlight of the Garden was absolutely the two white tiger cubs. The female stayed in the tree and slept off and on, but the male was in a playful mood. A worker was in the enclosure, too, and they played together. It was sort of adorable to see a tiger cub acting like a domestic cat. 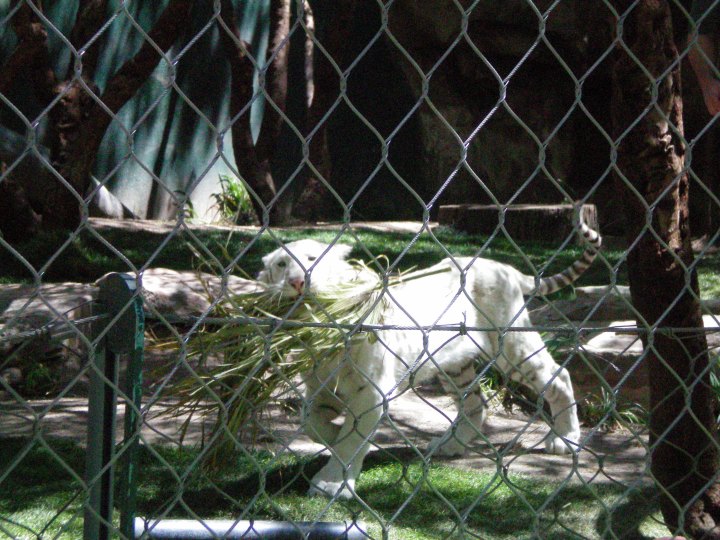 On our way out, we visited the underwater part of the dolphin tank, where I ended up taking two of my favorite pictures of dolphins ever. Maybe it’s just me, but I absolutely love them. 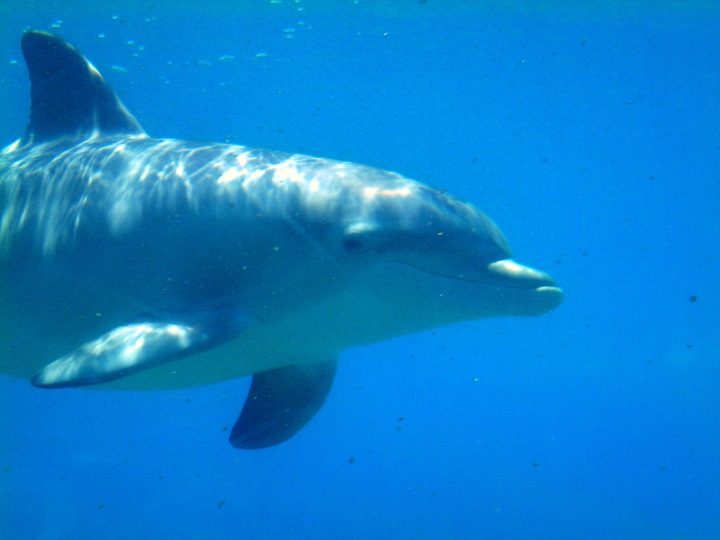 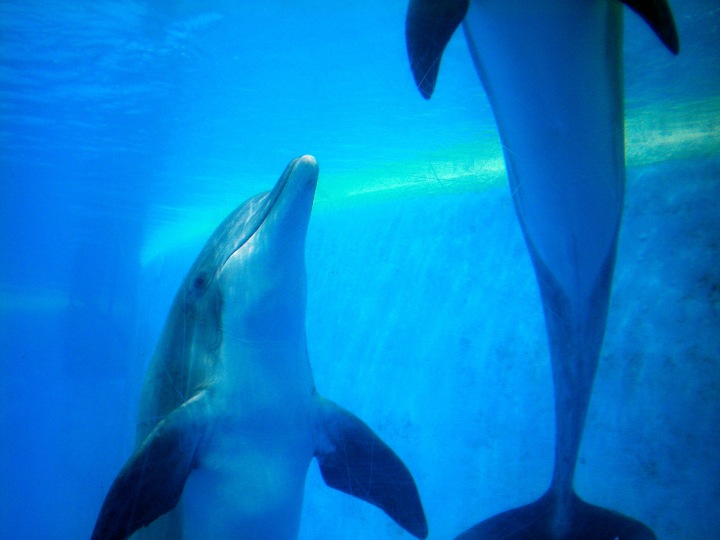 We crossed the street and headed over to the Venetian, which boasts outdoor and indoor gondola rides. Although Venice wasn’t one of our stops, both Brit and I had mega flashbacks to our Italy trip, and it was just another reminder to return! 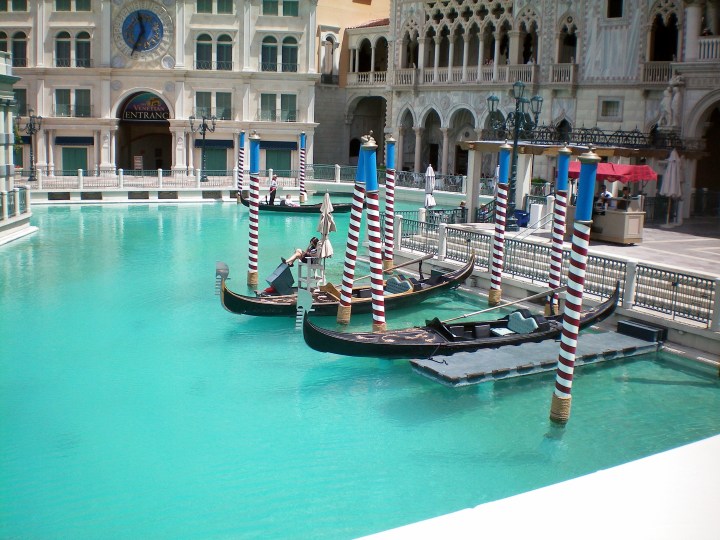 When we had initially done research into our trip, we looked into the different activities offered at each hotel. The gondola rides really appealed to us, but we noticed it was twice as much to have a gondola to yourself than it was to share one with another couple of strangers. When the day came to actually go on to the gondola, we paid the lower cost to share one, but ended up lucking out and having our own anyway! Score. 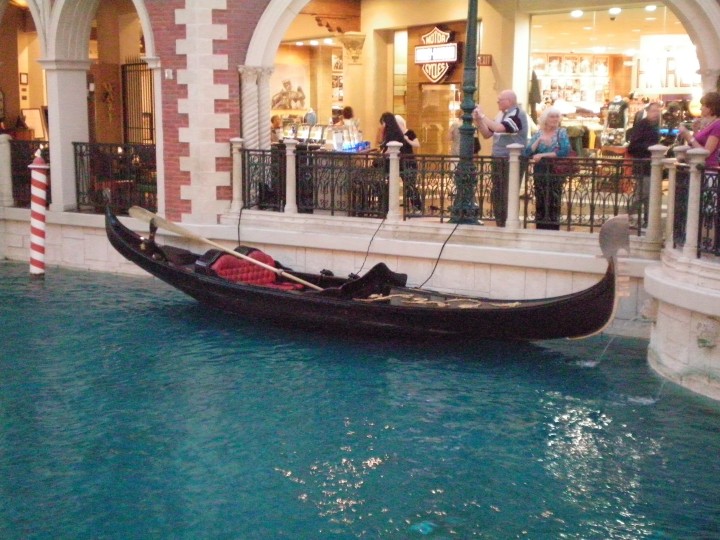 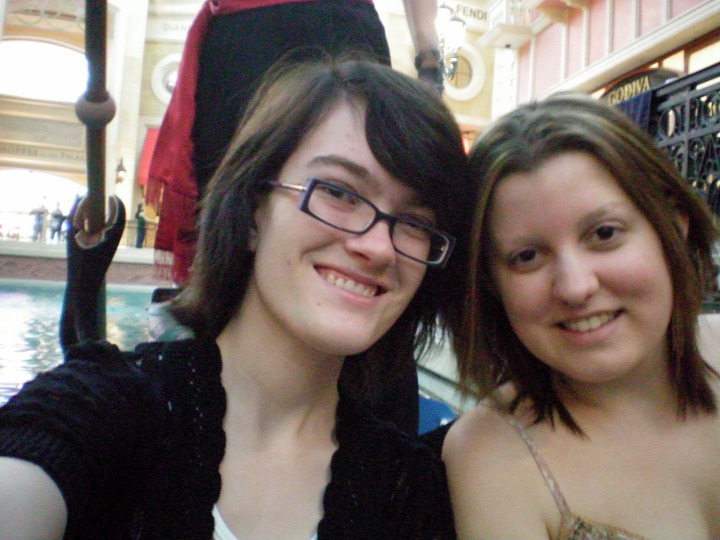 Maritetta was an awesome gondolier, and I left there longing to visit Venice and experience the real thing.

We bussed up the Strip to check out Excalibur, then hopped over to MGM to see the lions. That hotel is massive though, and if you remember from my Florence post, Brit and I are not the best with directions. We actually managed to get lost inside a hotel.

While in MGM, Brit bought a 32oz souvenir drink, which we discovered after was not allowed on the bus. That meant we had another walk down the Strip ahead of us. We met some interesting characters along the way, though! 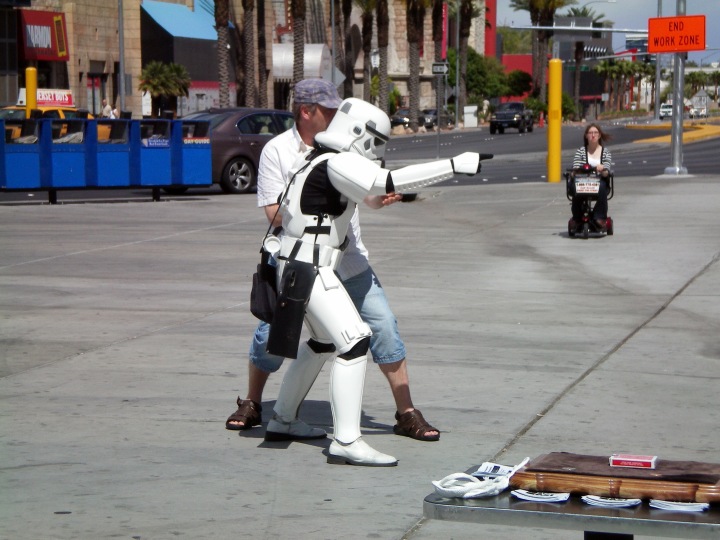 Guys, I met Jack Sparrow! Kidding, but this guy was really good. He had the behavior, accent, and movements down perfectly. Like I said before, I’m a lover of all things pirate-related, so this was a definite highlight for me! There is also a funny story to go along with this encounter, but you’ll have to check the recap post for more!

After dinner and a brief relaxation period at the hotel to rest our aching feet, we took a bus down to Old Vegas.

Fremont Street was amazing! We saw the light show, which at that time was set to The Doors, and then we gambled at the 4 Queens. This was my first gambling experience ever, and I was up $10 by the time we left.

The Stratosphere was a must for our trip, and we gladly paid the entrance fee to go up to the observation deck. The view of the lit up Strip was spectacular, and when we glanced up we could see the see-saw ride which has you hanging over the edge. I love adventure and thrill rides, but that is one I was NOT upset to miss out on.

We had a bit of trouble catching a bus back from the Stratosphere afterwards, which resulted in an hour or so wait in a sketchy area. If there’s one place I felt uncomfortable in, it was waiting for the bus. Everything was closed and the area was poorly lit. The feeling of seclusion was never more apparent than at that moment. Eventually a bus arrived which was not full and we made it back to our hotel safely. As an added bonus, we caught the Pirate show!

The pirate show is a nightly event put on at Treasure Island. We had left the Stratosphere with more than enough time to get back and see the show, but in the end we barely made it thanks to the wait. In fact, if we hadn’t been able to stand in the VIP section (for Treasure Island guests), we wouldn’t have bothered seeing it that night at all.

The biggest disappointment of the entire day came directly after I took the picture of the pirate ship (above) – my camera battery died. With that camera, it came with no wall charger option, and at the time I wasn’t smart enough to ensure I had a back up battery (since then, I overdo it and travel with 3… hey, you never know!). It’s particularly disappointing to know that when I write Part III of this Vegas post, any pictures I include will be from the previous days. For now, I hope you’ve enjoyed Part II!

How do you feel about zoos? Have you been to Siegfried & Roy’s in Vegas?