For those of us growing up in Canada, we had a shared friend; a fiery redhead with an expansive imagination who wasn’t afraid to stand up for what she believed in. In opening up the world she envisioned, L.M. Montgomery gifted us with Anne of Green Gables in 1908, the start of a much-beloved book series set in Prince Edward Island. For Brit and I, it was a certainty that we would have to dedicate a day to seeing in person the place that was L.M. Montgomery’s inspiration for Green Gables.

Our day began with a slower pace than the two days prior, as this day would have the shortest necessary driving. We planned to meet my cousin who lives in PEI for lunch in the heart of Charlottetown, the capital city, before venturing out to Cavendish. First, we had a pit stop to make – Cow’s Creamery.

This little store was a must-see for Brit, who absolutely adores cows. The store itself is remarkably adorable, filled with more cow-pun related items than I ever thought possible. Cow’s Creamery is known for its ice cream (we tried some later in the day, and I can confirm its tastiness), and exists largely in PEI, with a handful of stores in some of the other provinces.

What was unexpectedly interesting about this store was the ability to take a self-guided tour. We began in their tiny movie theater room (the ‘Milky Whey Theatre’) for a brief video discussing the background of the company and customer praise for the ice cream, before checking out the behind the scenes area.

Through the first window, we could see the place where they make the shirts with the Cow’s Creamery logo on them. The picture above the window showed the colour order for the shirts, which was quite interesting. Unfortunately while we were there, the other two rooms – which showcased ice cream making apparatuses – were void of occupants, so we were unable to see the process.

Once we had our fill of the tour, and Brit made her purchases, we ventured out to lunch. We ate at The Gahan House, and I would highly recommend the Brown Bag Fish and Chips (it legitimately comes in a brown bag). Getting anything fish-related is an absolute must in the Maritimes, and this was no exception. After lunch, we made our way out to Cavendish, heading to Green Gables. 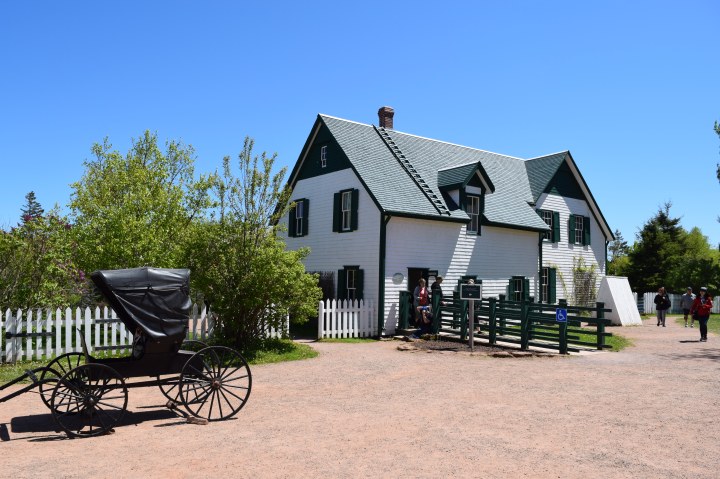 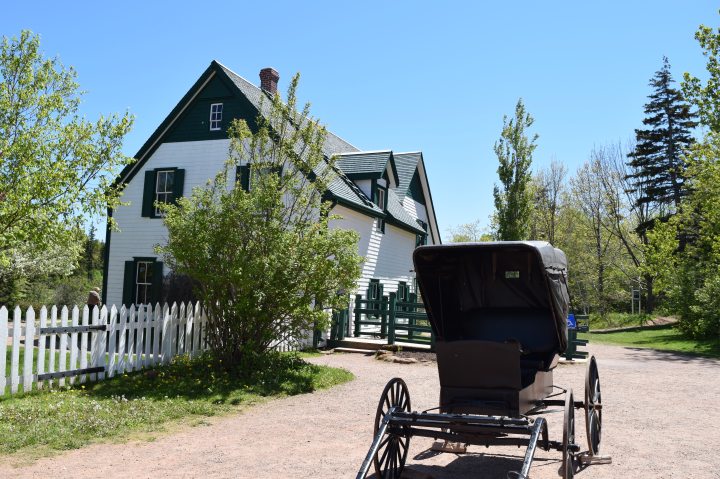 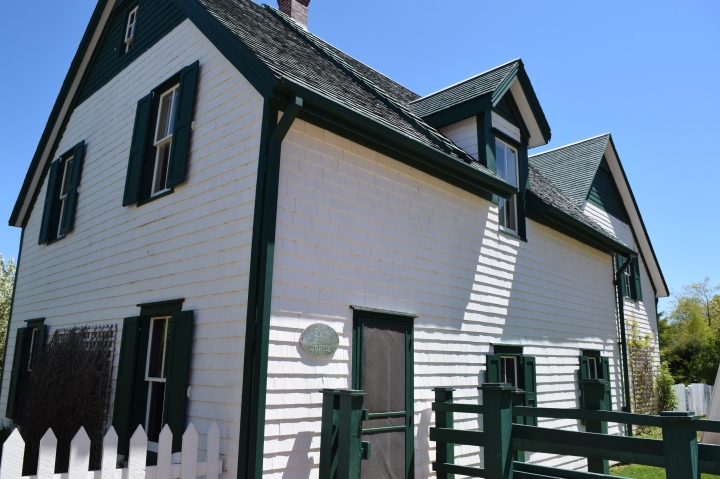 While we waited for people to move out of the way of a clear shot of the house, I noticed a crazy big bee in the tree next to us.

For anyone who isn’t sure what all the fuss is about, I highly recommend picking up a copy of the book, as it can’t compare to just hearing about it. For anyone who wants the quick notes version, read on:

The story centers around Anne, a young orphan who is accidentally adopted by elderly siblings, and comes to live with them at Green Gables, a farm in fictional Avonlea. Her life is full of joy and sadness, happiness and pain, triumphs and struggles, and of course, her determination and imagination, and despite taking place over 100 years ago, Anne and her journey is easy to relate to.

If you’d rather see it on screen, I recommend the version every Anne fan loves: Anne of Green Gables starring Megan Follows as Anne. The new series on Netflix is from all accounts a much darker, grittier show than the much-beloved book series, which in itself isn’t a bad thing. I have heard that the show gets a lot wrong about Anne and her story, but as I haven’t seen it myself, I can’t confirm. 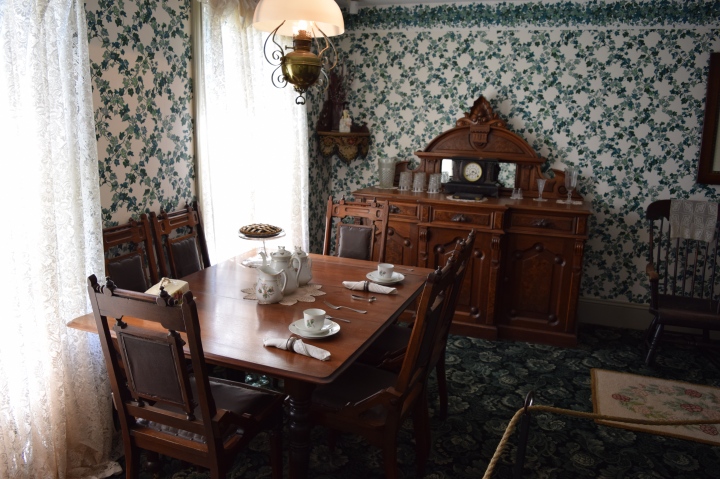 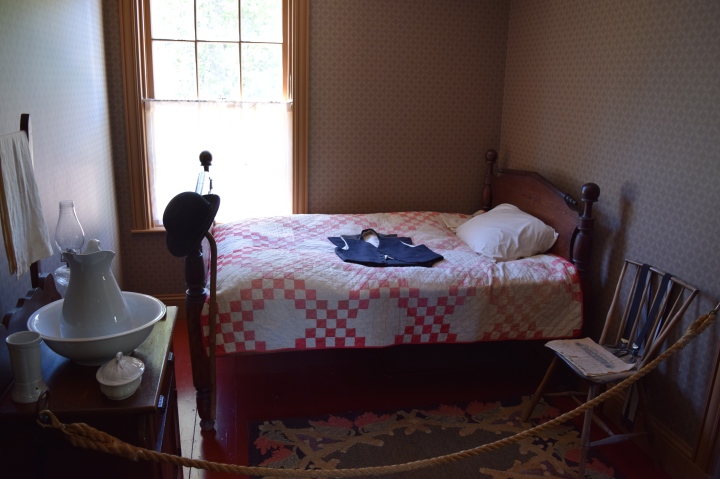 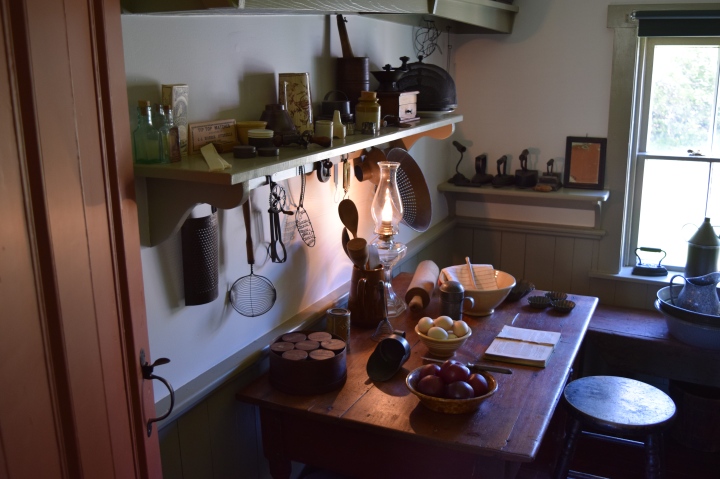 The inside layout of the house is based on descriptions in the book, rather than how it might have been arranged at the time Montgomery wrote the novel. Given that it was a novel of its time in terms of setting, it’s likely very similar to what Montgomery would have seen growing up. 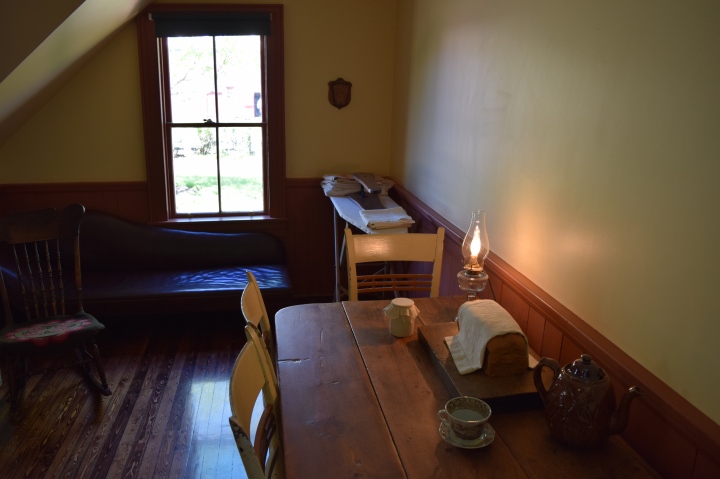 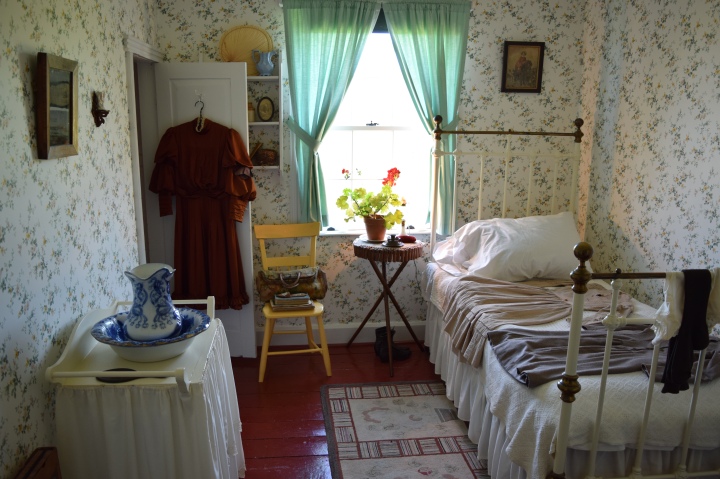 Despite the farm becoming famous due to Montgomery’s book, it never actually belonged to her. When she was younger and would visit the farm, it was owned by David and Margaret Macneill, who were Montgomery’s grandfather’s cousins. 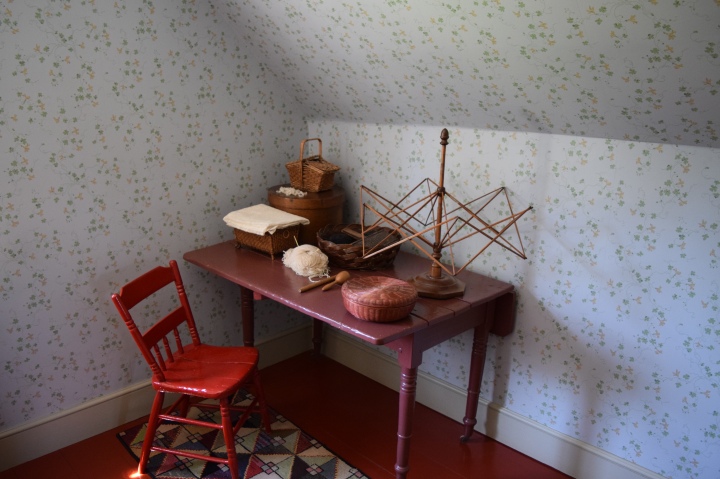 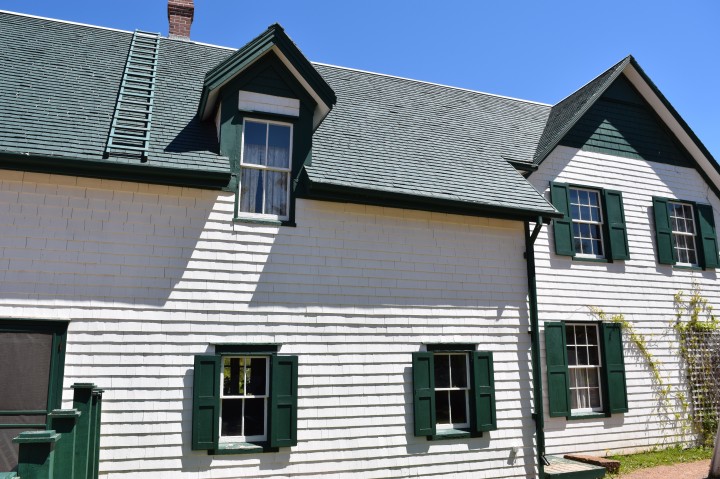 In addition to the house itself, L.M. Montgomery based other destinations in the novel on real life counterparts at the farm and surrounding area. Setting off on a forest trail just past the house, we found ourselves along the inspiration for Lover’s Lane. Montgomery wrote fondly of the little lane, claiming it could often give her peace of mind and ‘newness of life’. Lover’s Lane turns into the Balsam Hollow Trail, which I highly recommend taking 20 to 30 minutes to hike, as the trail winds through a beautiful forest.

Nowadays, there is a golf course encircling portions of the forest, which is disheartening. You can avoid it by ignoring the wide openings in the trees. 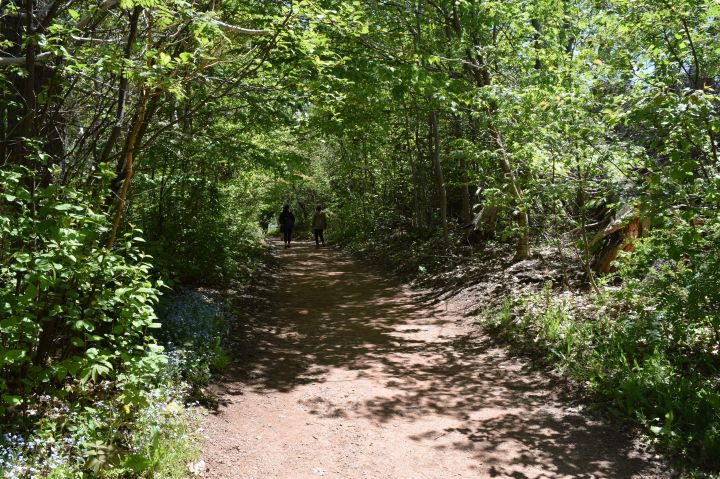 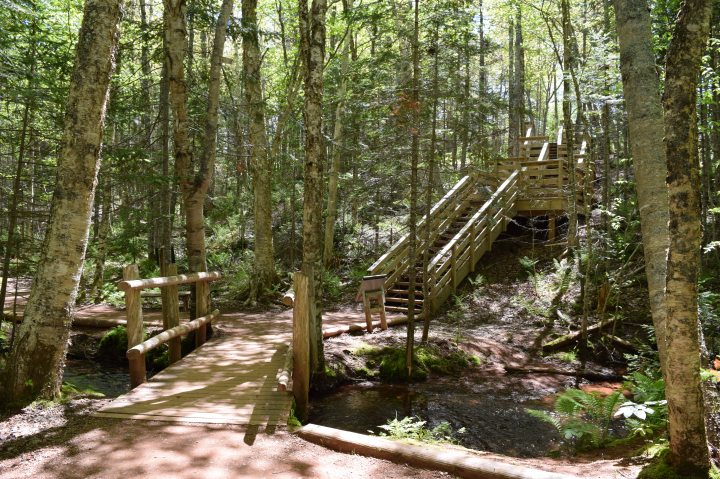 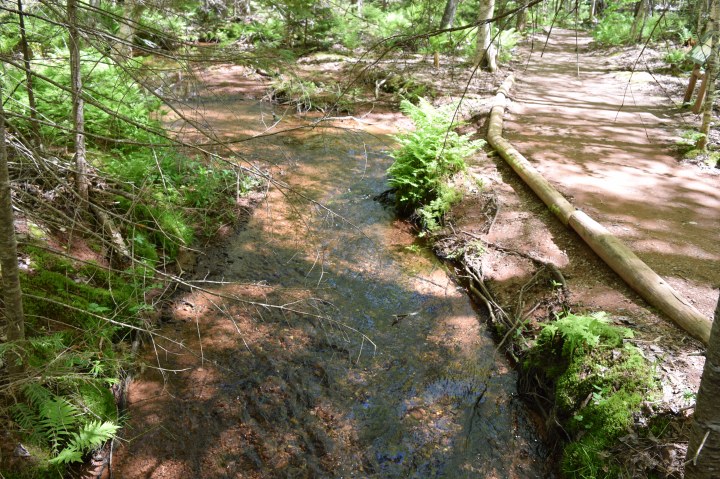 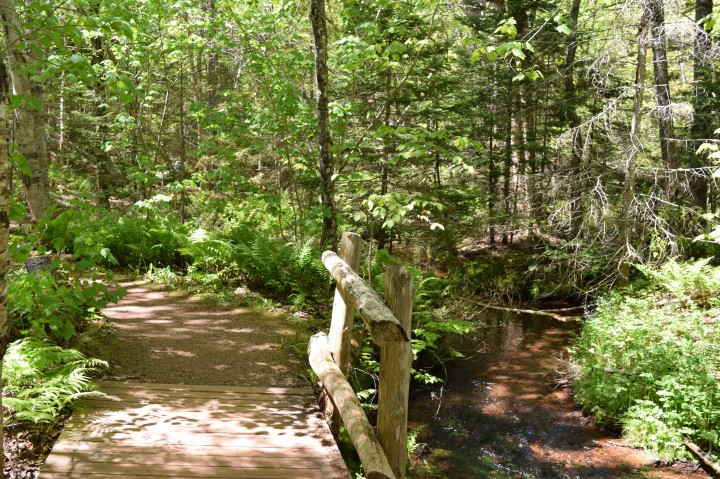 On the opposite side of the house is the Haunted Woods Trail, another forested trail that was the inspiration for its counterpart in the novel. Although we did not hike it, the trail seemed to be well-marked and a map image is provided at the entrance. 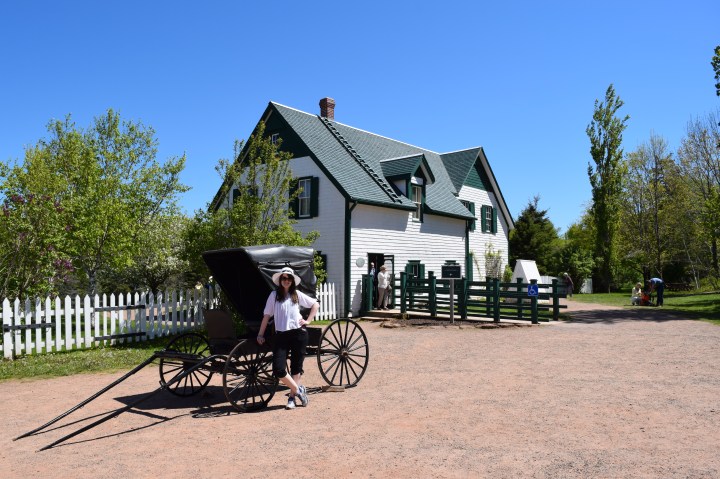 L.M. Montgomery seemed like a fascinating woman. She was raised by her grandparents after losing her mother at just under 2 years old. From her journal entries, she loved the Cavendish area, and did not permanently move until she married. Even then, she maintained that PEI was where her heart truly was. She was fascinated by the popularity of her book, and by the fame it brought to the area – people flocking there to find Lover’s Lane, for instance. She also stated that when asked if Anne was a true person, it pained her to say no, for the character had become so real to her. Anne’s vibrancy in the novel shines through, and it is all thanks to the love her creator has for her.

On your way out, I highly recommend stopping in the barn to see the museum. Along with a short video and information about Green Gables and L.M. Montgomery, it has several pictures and artifacts that belonged to her and which helped bring Anne to life.

It was with a fond farewell that we parted ways with Anne, but our time in Cavendish wasn’t quite over yet.

Cavendish Beach is another area protected for its countless and unique dunes, but has the added bonuses of wetlands, forest, and sandstone cliffs as well. You may not think it from the pictures, but this was the most populated beach we visited, and with good reason. 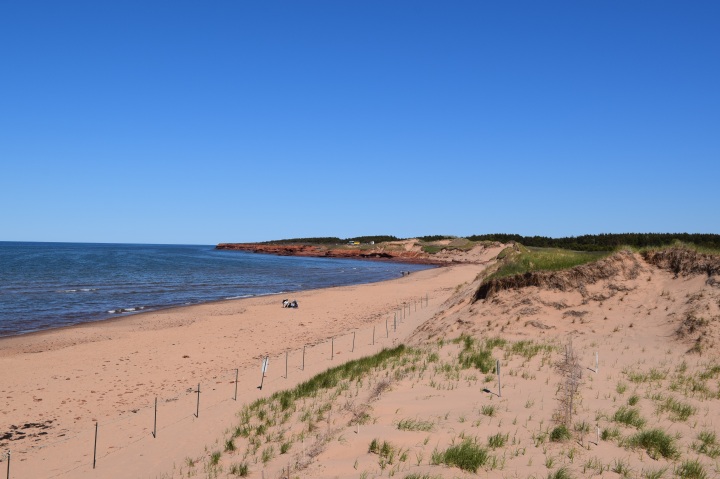 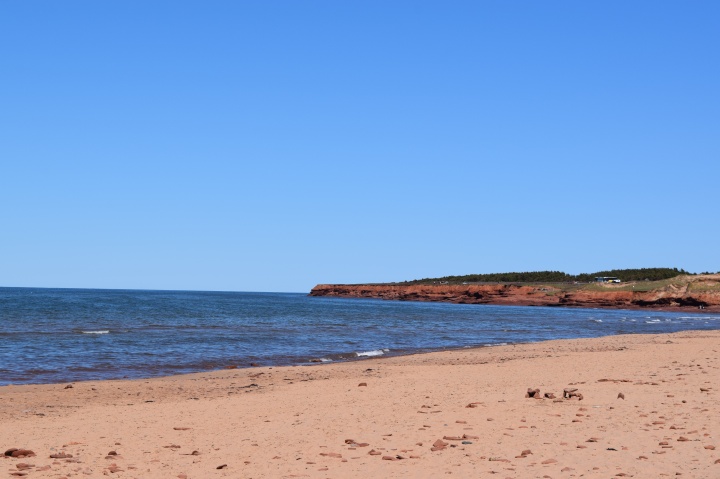 After the beach, we found ourselves at another Cow’s Creamery, this time to partake in their ice cream. It’s super delicious and the store was full of more adorable cow puns and signs. It was the perfect treat to end our early afternoon and begin our exploration of downtown Charlottetown. 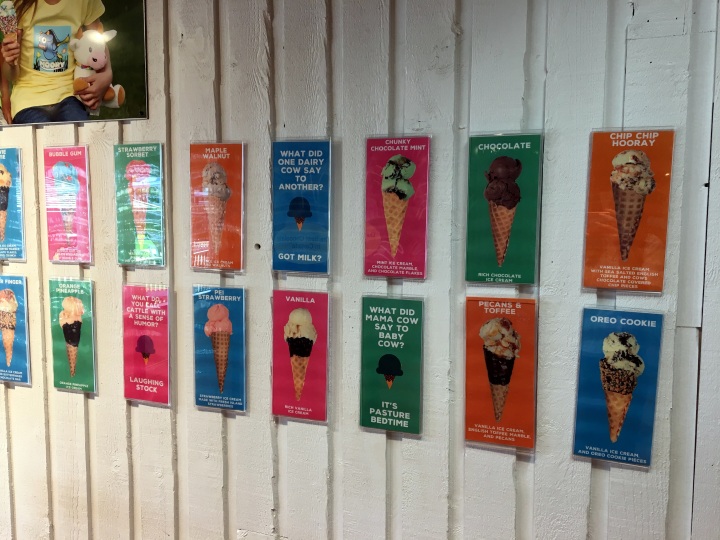 Ah, Charlottetown. Known as the “Birthplace of Confederation”, it’s the site of the 1864 Charlottetown Conference, which set the plan in motion for confederation. Its charming historical streets and beautiful seaside views made it a pleasant place to walk around. We didn’t have anything special planned for Charlottetown; it was just nice to wander. 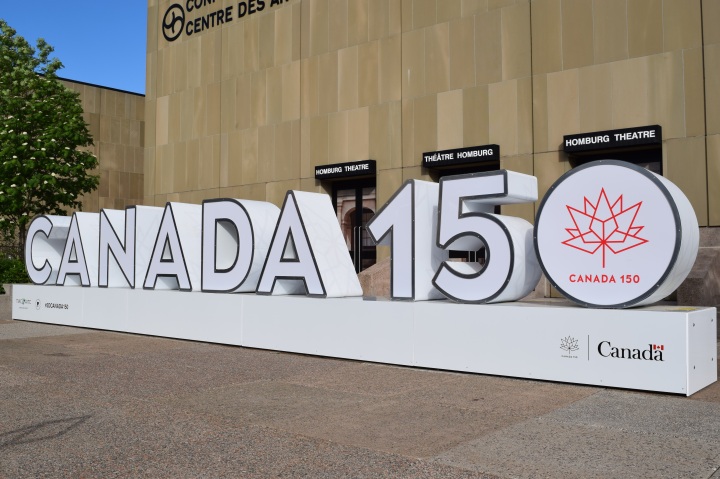 If you’re looking for a different type of entertainment, treat yourself to a scavenger hunt! Scattered around the city are statues of Eckhart, a mouse from the children’s book The True Meaning of Crumbfest by David Weale. Had I known about this ahead of time, I may have attempted it myself. As it is, I just happened to notice Eckhart sitting on this corner.

If more traditional forms of entertainment are your cup of tea, I suggest checking out the Anne of Green Gables Musical, an apparent must-see, according to my cousin. If you want something even more low-key, the city streets are a great place to find entertainment in the summer. 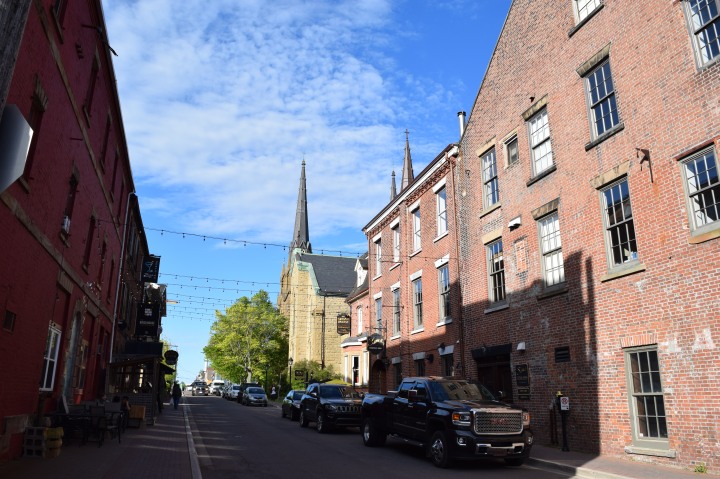 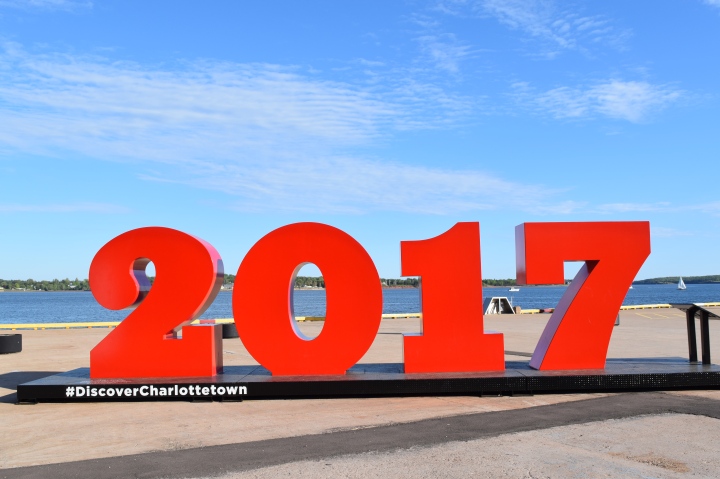 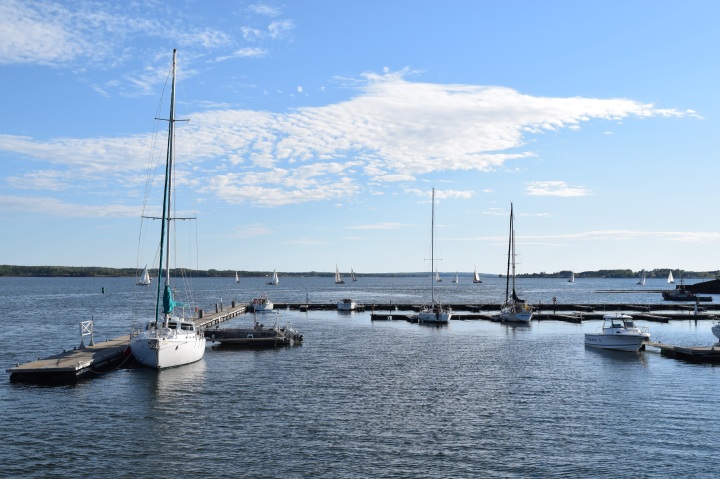 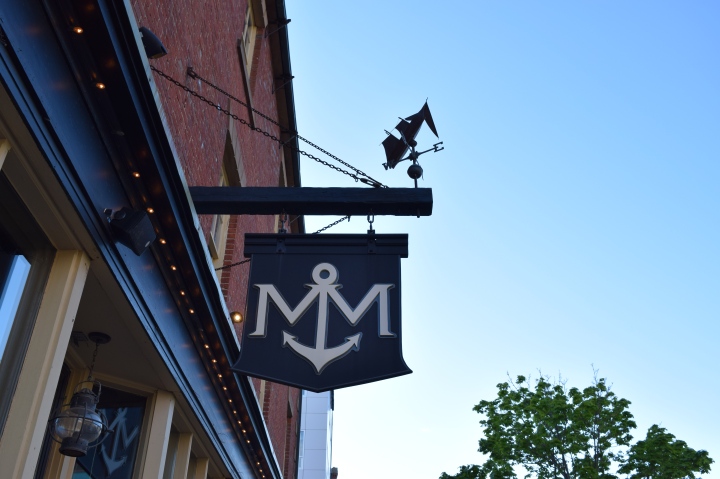 Despite packing in a solid list of activities for one day, we were back at our Airbnb at a reasonable time. We did some laundry, repacked and cleaned up, and then watched a movie until it was time for bed. Our low-key, early night might have seemed a downer way to say farewell to PEI, but in the morning we had to be up super early to catch the ferry to Nova Scotia, and our adventurous day in Halifax.

Are you a fan of Anne?

Leave a Reply to Much ado about Little Women Cancel reply