To say I am a morning person would be an outright lie. It was therefore a daunting thought to get up in time to leave by about 3 am on our drive out east. Not only did we have a roughly 11 hour drive ahead of us, but we had to pass by Montreal, where every time of day feels as busy as rush hour. By some miracle or other, it was easy to hop out of bed and get moving. With our adrenaline flowing, we were finally on our way! The freedom of driving allowed for our trip to be exactly what we wanted. We used Autoroute 30 to completely bypass Montreal (a $2.80 fee applied, but it was well worth it), and the rest of driving through Quebec was a breeze (note: all the signs are in French only). Once we hit New Brunswick, we relaxed our pace slightly and began to pay attention to sites listed on any signs flanking the highway. In this way, we had a few experiences which ended up being completely random. Driving across the world’s longest covered bridge in Hartland, NB? We did it. Getting a picture of the world’s largest axe in Nackawic, NB? Done!

This trip represented my favourite way to travel: driving the open road and stopping wherever we wanted to see whatever we wanted. It’s a very freeing way to travel, and allows for spontaneous detours. Even so, we reached our destination for the night in great time.

We chose to stay at the University of New Brunswick’s Sir James Dunn residence in Saint John. During the summer, the dorms are offered as hotel rooms, and you’ll pay just about the same or perhaps slightly less. A minor frustration over this booking was that our promised booking price was about $15 lower than what we ended up paying. Still, the room was better than we expected, and though not located right in the heart of downtown Saint John, it was close enough for an easy jaunt into town.

We didn’t really have a plan of action for Saint John. We knew we’d be arriving early evening, and that we would spend a little time in the morning to sight-see. We tried to plan ahead and decide what to do, but in the end I’m glad we were never able to narrow down a solid plan. 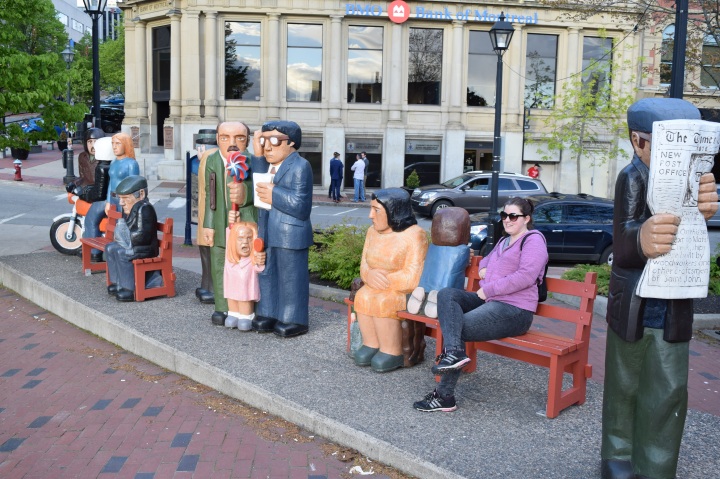 We parked underneath the North Market Wharf building, which is located right in the heart of downtown, alongside the wharf. We wandered around the city core for a bit before grabbing dinner at Pepper’s Pub in the basement of the North Market Wharf. Along with having a fabulously friendly server, Pepper’s Pub gifted us advice from two locals who suggested we check out King’s Square and the Imperial Theatre once they learned we were first time visitors. 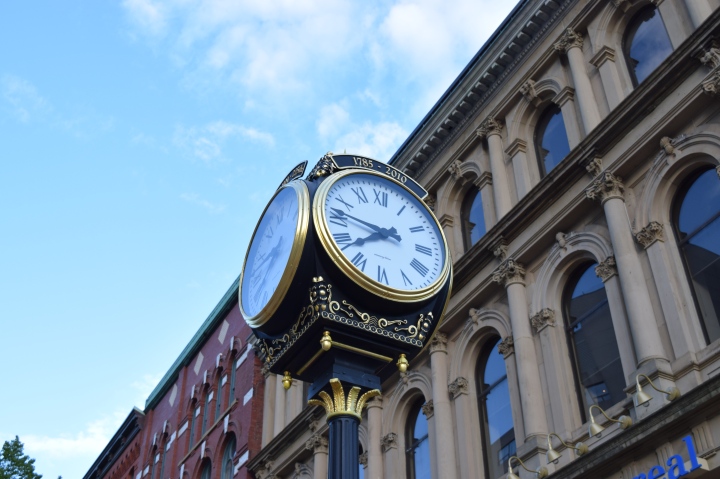 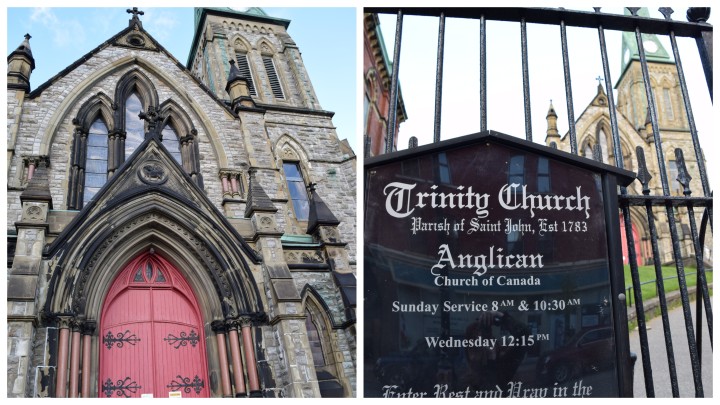 During our walk downtown, we came across Trinity Anglican Church. It dates back to 1783, and its architecture is Victorian Gothic in style. By pure happenstance, we were at the church as the bells began to chime, which is by far one of my favourite aspects of churches. 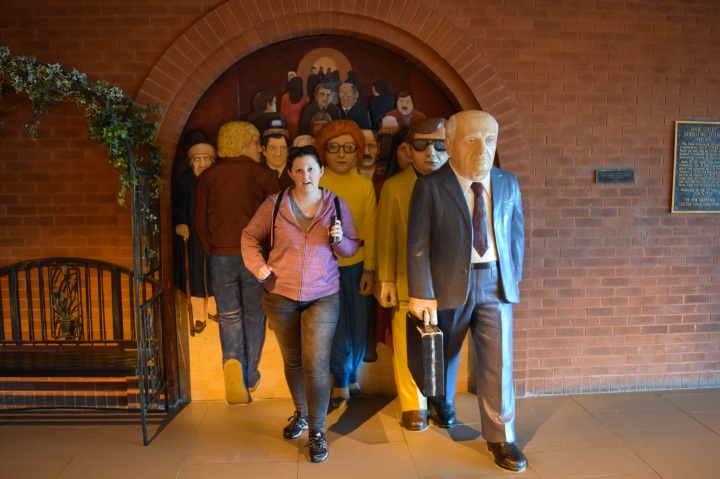 The next morning we checked out of the dorm and set out, crossing our fingers that the rain would hold off. Our first stop of the day was King’s Square, and I’m so glad we went!

King’s Square contains a memorial bandstand for King Edward VII, and was donated in 1908 by the City Cornet Band. The park itself is lovely, and I could easily see myself spending countless afternoons there if I lived in the city. 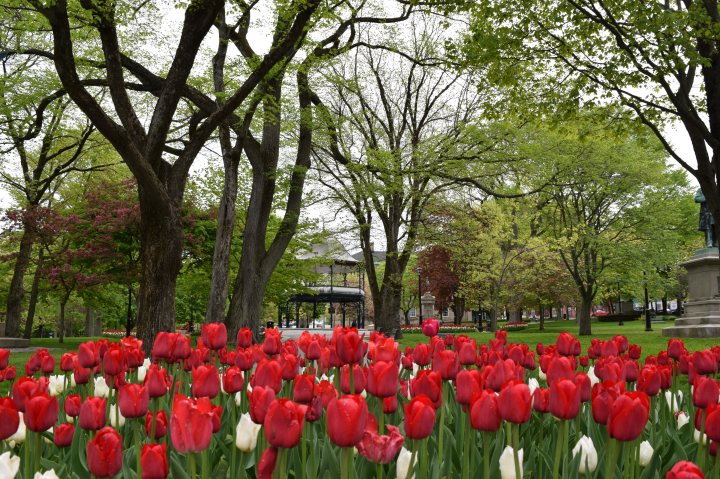 Unfortunately, the Imperial Theater hadn’t yet opened for the season, so we were unable to venture inside. On our way back to the car we took a quick walk through a very scenic Loyalist cemetery, which has likely the most Canadian fountain I’ve ever seen. 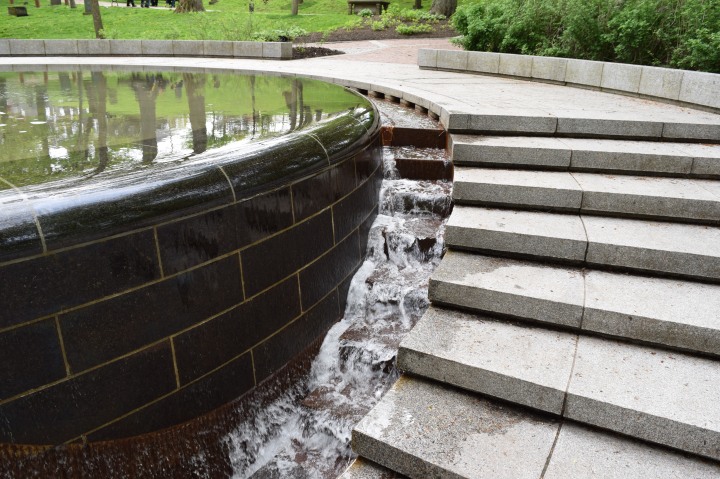 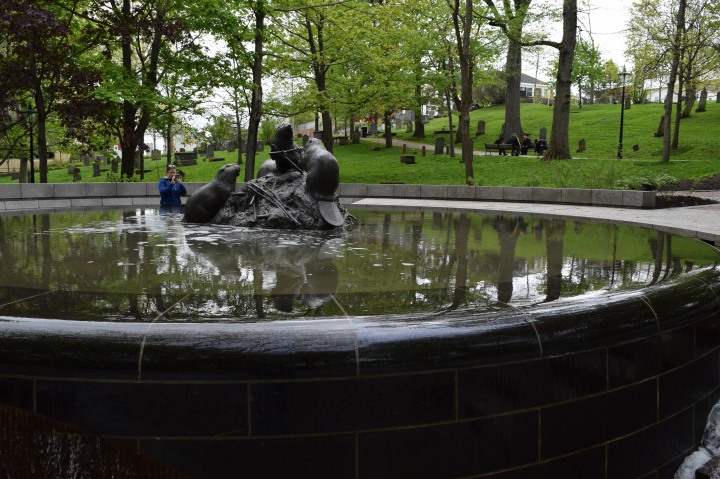 Bidding a fond farewell to Saint John, we were on our way to Moncton!

By the time we arrived, it was raining with no signs of slowing down. We headed first to Magnetic Hill – which I have no pictures of, although I did take a video! Once you drive down the slope, you put your car in neutral and get pulled backwards up the hill. It’s a pretty surreal experience. Due to the weather – or perhaps it’s just too early in the summer – we were the only ones at the hill, so we did it three times.

By the time we checked out the souvenir store, the rain was incessant. We were put off from seeing anything else we had debated going to, since most things to do in Moncton are outside. Instead, we went to see Wonder Woman before grabbing a bite to eat.

After dinner, we wanted to see at least something else Moncton had to offer. We programmed the GPS to find a park, and wound up at Victoria Park. 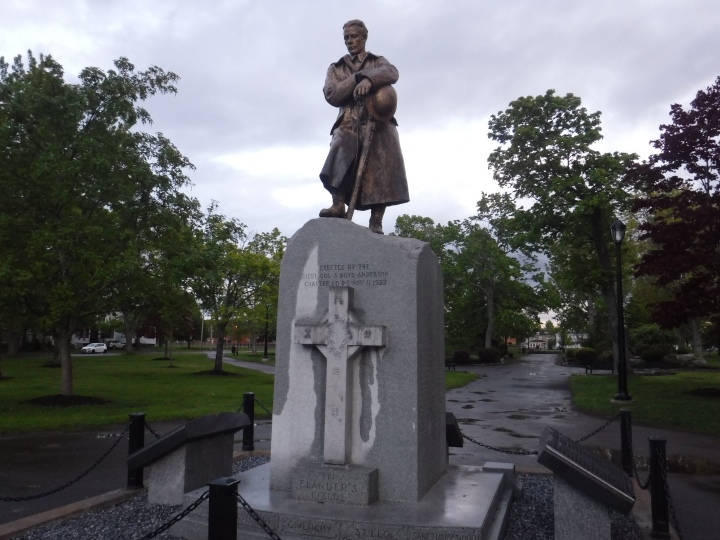 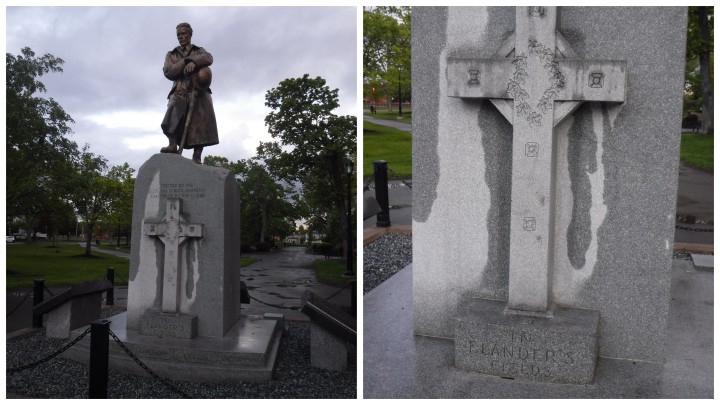 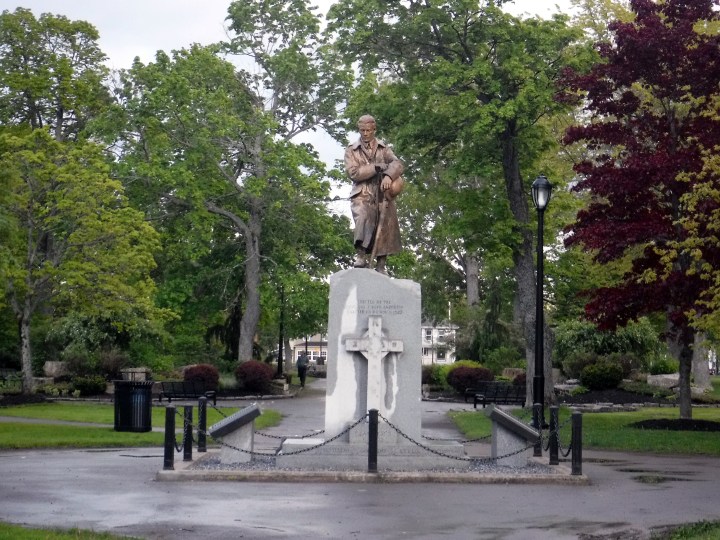 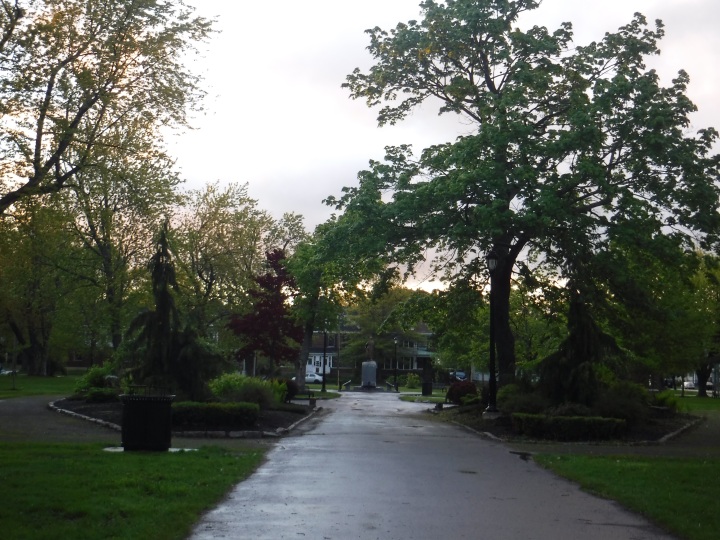 Victoria Park is one of the main areas where ceremonies are held in Moncton (or at the very least, where their Remembrance Day ceremony is held). There was even an area that looked like a small Greek amphitheatre for performances and plays. For us, the lingering question was what the heck do the pineapples mean? 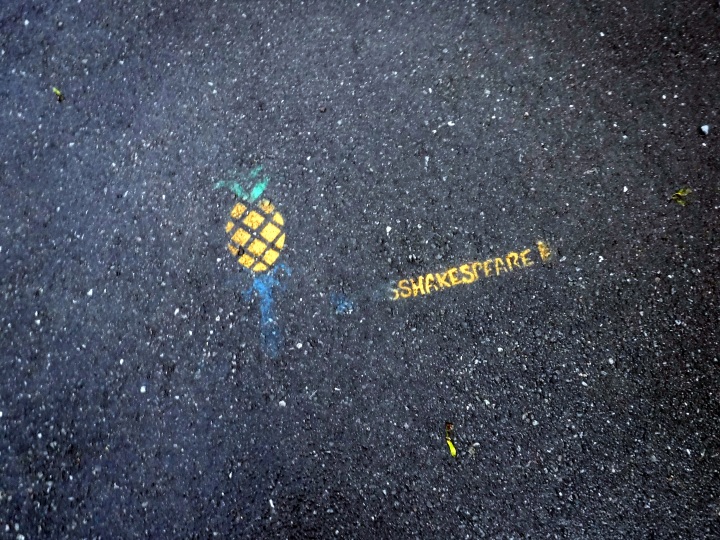 On the way back to our Airbnb, we passed by a Roman Catholic church I couldn’t help but snap a few photos of. In addition to being spectacularly photogenic, St. Bernard’s church is a Local Historic Place due to its Gothic Revival architecture. I’m slightly bummed we didn’t get a chance to see inside it.

Overall, our first two days were a good indication that we were going to have a brilliant adventure on our east coast journey. Though we were not overly fond of Moncton, we did fall for Saint John, and both vowed to return some day. Before leaving New Brunswick, we had one more sight to see the next morning, and for me, it was the chance to check off a mega bucket list item. Stay tuned!

Have you ever visited a city with no idea what to see beforehand?