When you’re experiencing an agonizing bout of food poisoning, the last thing you really want to be doing is venturing out to sight-see. I know that from personal experience – twice now. Still, in the morning I felt mildly better, so we set off, albeit with a change of plans to our itinerary. 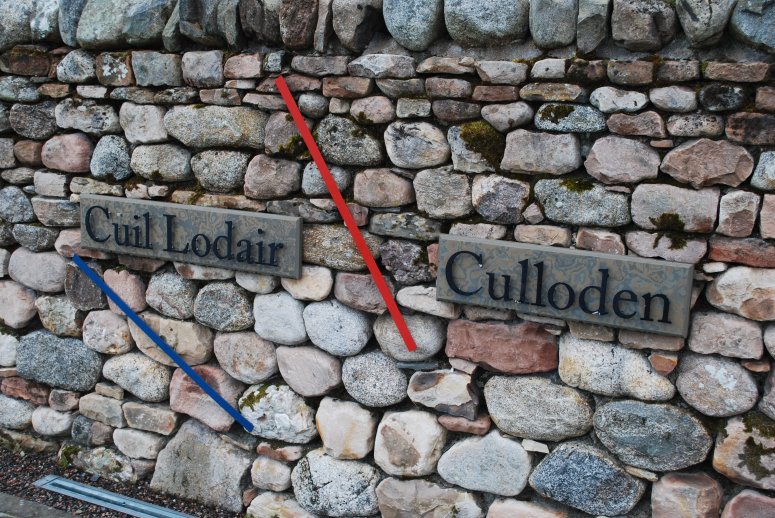 Our original plan had been to spend two nights at the Airbnb in Inverness, and then drive all the way back to just outside of London the day before we flew home. With how sick I was, and how awful our experience at the Airbnb was turning out to be, we decided to nix this plan.

Instead, we would spend the morning visiting the battlefield of Culloden and seeing Urquhart Castle on Loch Ness. Then we would drive back to the Scottish border and spend the night, effectively breaking the drive back down almost in half.

We headed out in search of breakfast before sightseeing, but even those plans went awry. We left later than we hoped, and it took us even longer to find a place to eat. I had zero appetite, so I mostly just drank water.

We had eaten at a mall, and my sister did a bit of purse browsing, so by the time we arrived at Culloden, it was already approaching early afternoon, and rain was setting in. 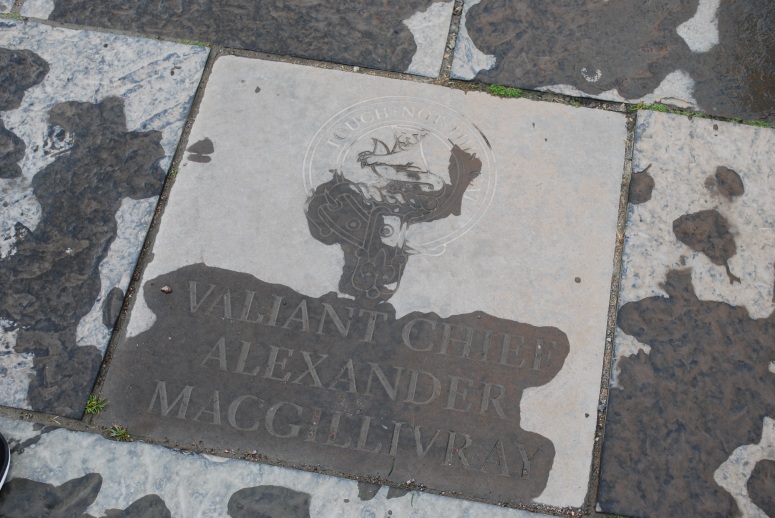 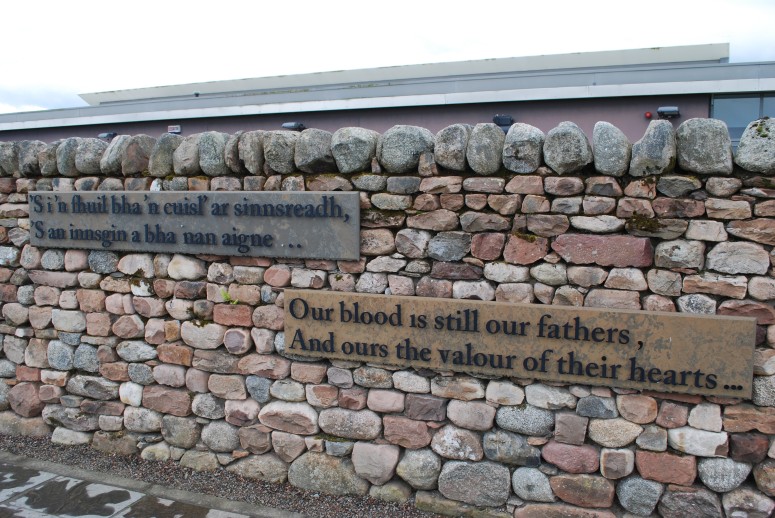 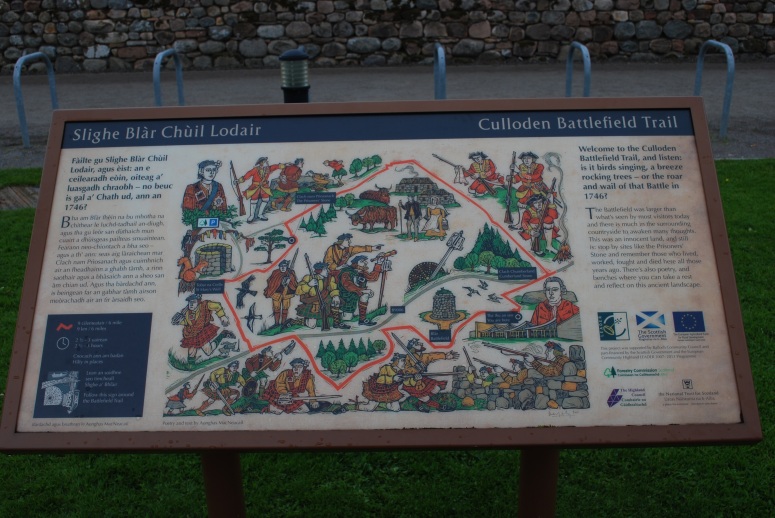 The visitor center is divided into two parts: a small museum depicting the history of the battle, and the exterior battlefield, which you can walk around. The museum costs money, but the outside section is free. I didn’t have the energy required for both sections, so I opted to skip the museum. My sister decided to join me in my time of need, and we met up with mom once she was through the museum. 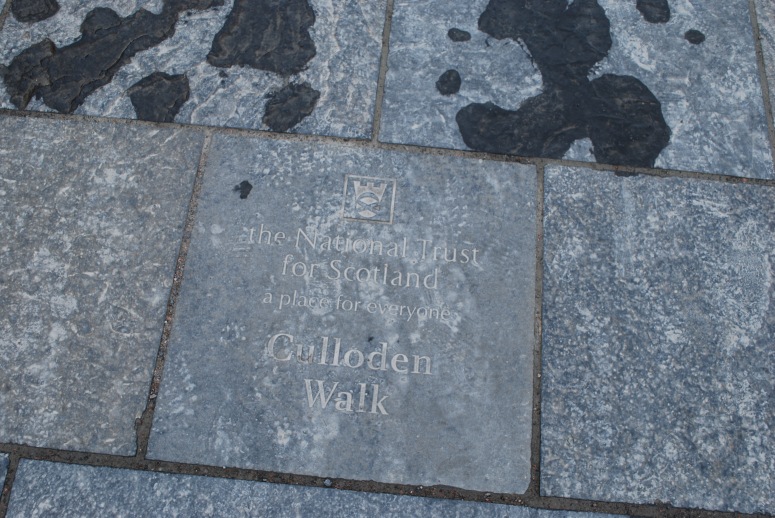 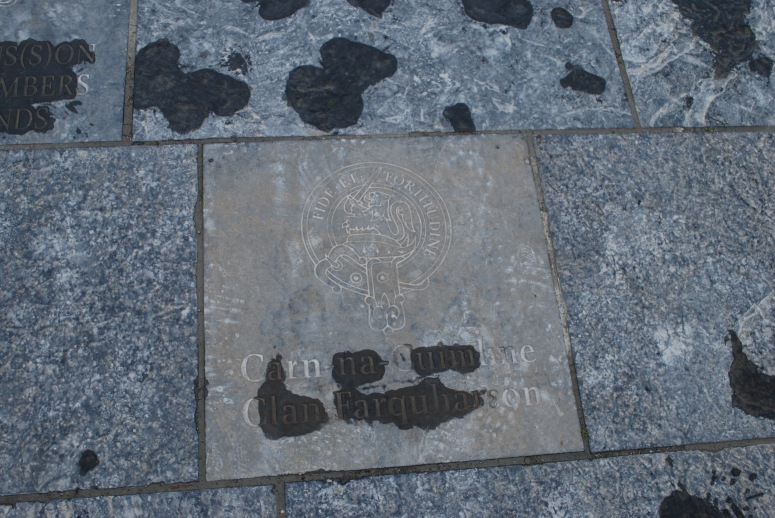 Whether you are familiar with it or not, you may know at least aspects of the battle of Culloden, and the civil war it is a part of. It was the defining battle of the Jacobite Rebellion of 1745, and the outcome sparked changes that echoed across generations. The Jacobites fought for Charles Stuart’s (“Bonnie Prince Charlie”) claim to the throne against the Hanoverian “usurper”, George II.

The rebellion came to a head in this final, bloody battle. On April 16, 1746, a battle lasting less than one hour resulted in more than 1,200 deaths. Less well-known is the fact that afterwards, there were still those who were willing to fight for the Jacobite cause. The uprising was silenced, however, in part by Charles Stuart disappearing, and due to a lack of proper supplies and leadership. 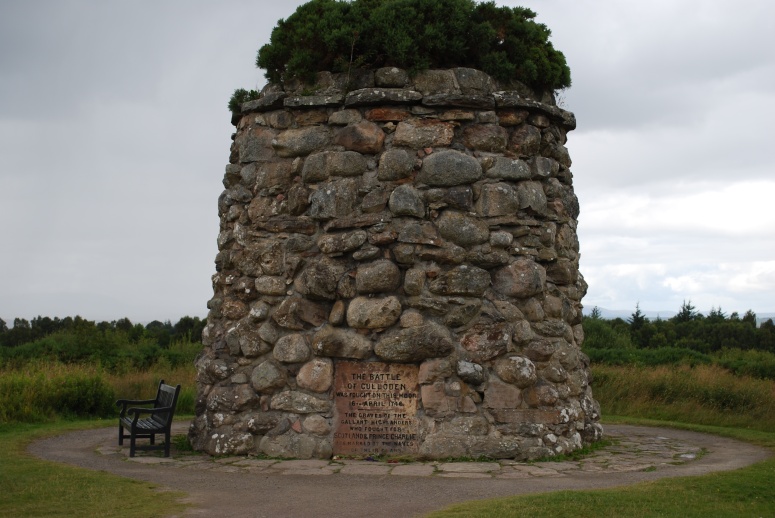 Part of what made Culloden such a devastating site of loss was the environment itself. Though it looks different today, the moor was mired in mud, and at the time of battle, the Jacobites were not as prepared as the Hanoverians. Other factors were a lack of food and supplies, as well as a pointless extra ten mile march and retreat for the Jacobites through the cold, fog, and mud.

Standing on the muddy path, being battered by cold wind and trying to stay dry in the misty drizzle, it wasn’t hard to feel the overwhelming loss and sadness that seems to emanate from the moor. My sister is part Campbell, and seeing the stone marker in the field made for a rather sobering moment. 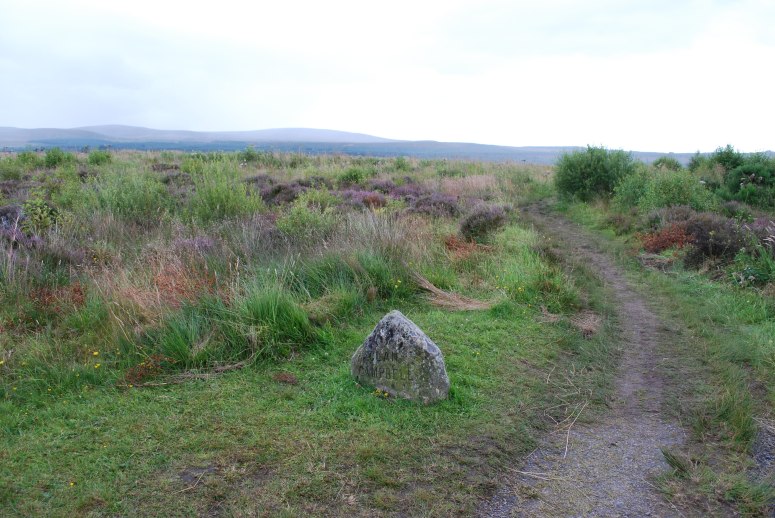 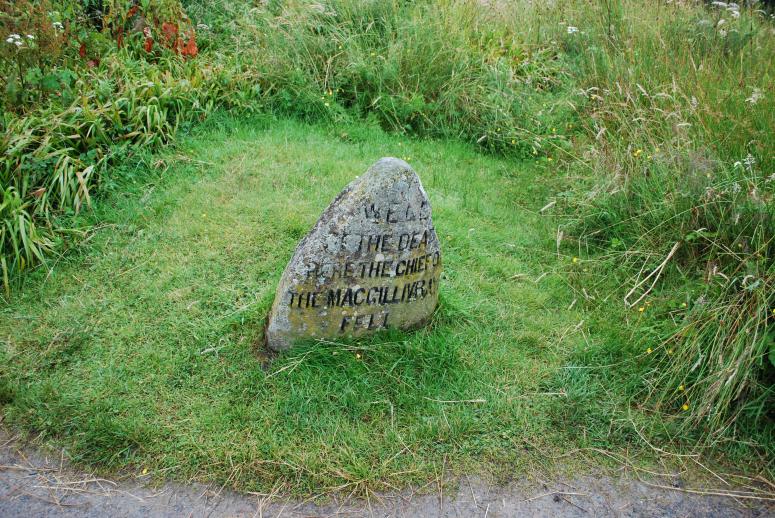 The battle of Culloden marked a turning point in the rights of the Scottish people. The clan system, the clan plaids, and more aspects of Scottish culture were deemed unlawful. Lords and clan chiefs who supported the Jacobite cause were stripped of their estates, and countless supporters were hanged or banished to the colonies.

Culloden is a part of Scottish history that has always affected me emotionally, and walking among the battlefield brought tears to my eyes. 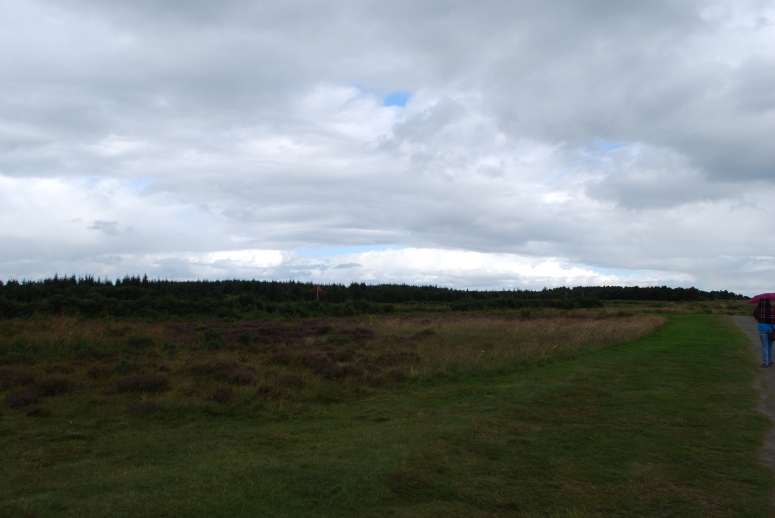 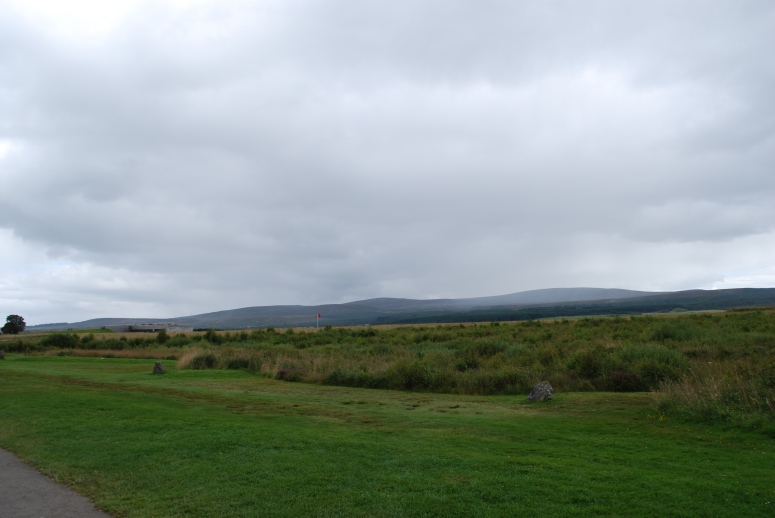 By the time we left Culloden, it was late afternoon. We decided collectively that after such an emotional experience and with several hours’ driving time ahead of us, we would skip Urquhart Castle. If I had been feeling better, perhaps I would have been more driven to return to Loch Ness, but it wasn’t meant to be. 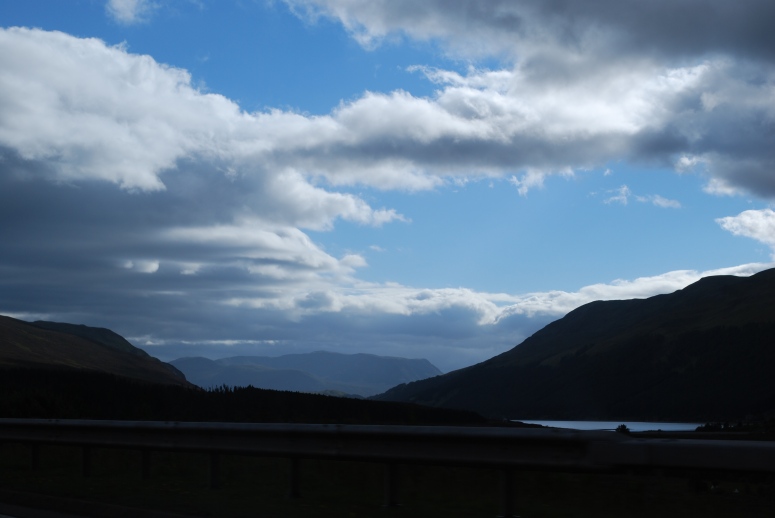 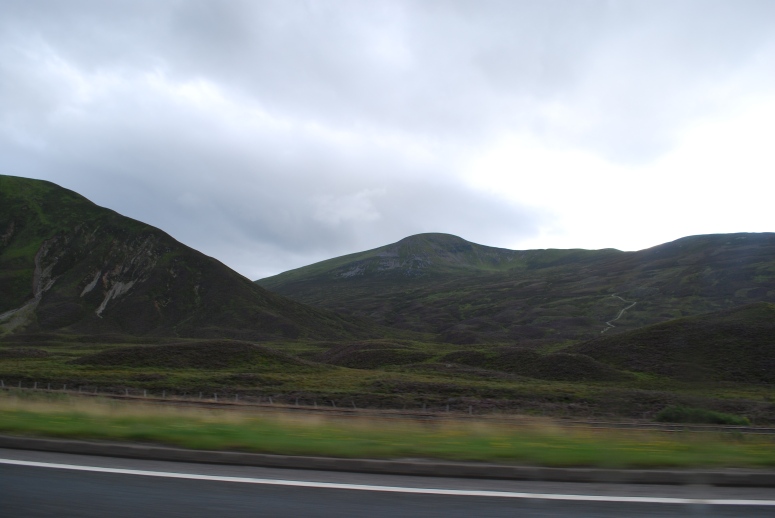 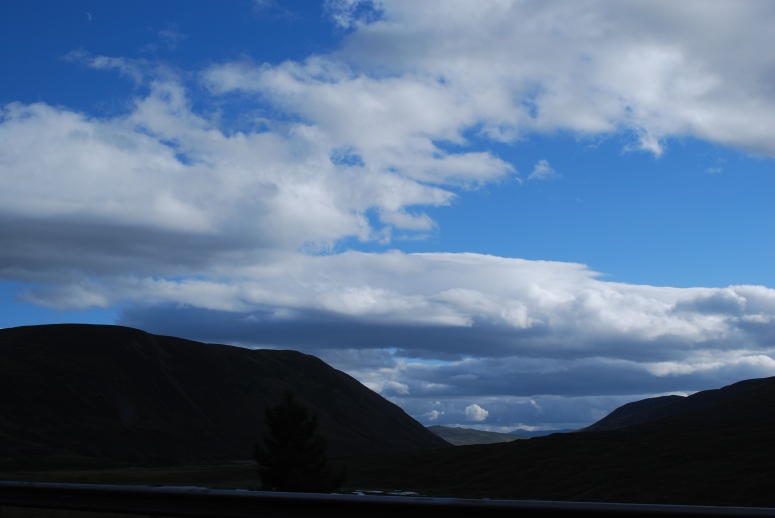 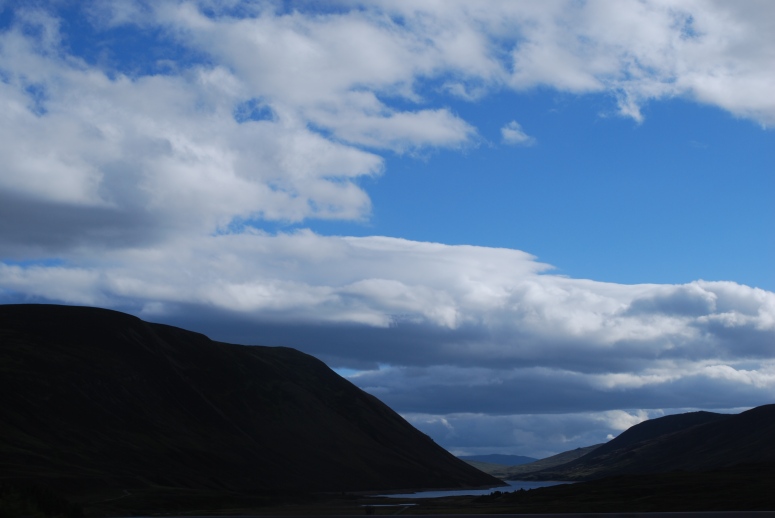 For the night, we chose to stay at The Mill Forge near Gretna Green. This place was stunning from the outside, but sadly I didn’t take any pictures. I would absolutely recommend the place, though. Our room included a long entryway, a large bathroom, and a massive bedroom with two beds. There was plenty of space for three of us, and the location could not have been more perfect. In fact, we were all wishing we had another night to stay there.

In the morning, we made our way into Gretna Green to explore and shop a bit before driving down. T’s mom had wonderfully offered for us to stay with her on our last night and we had gratefully accepted. But first – shopping. 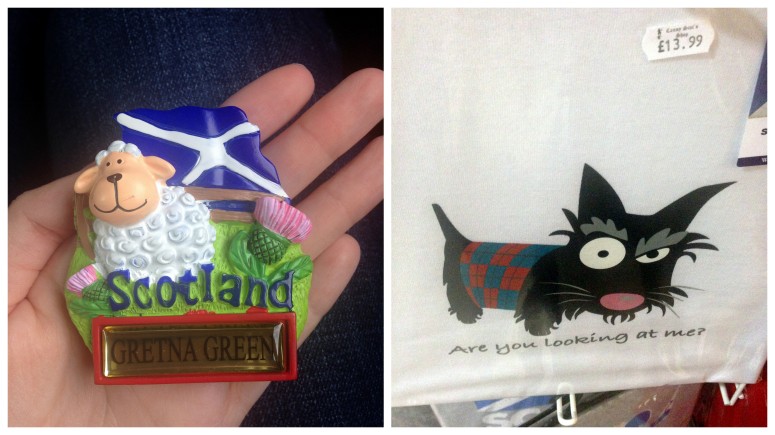 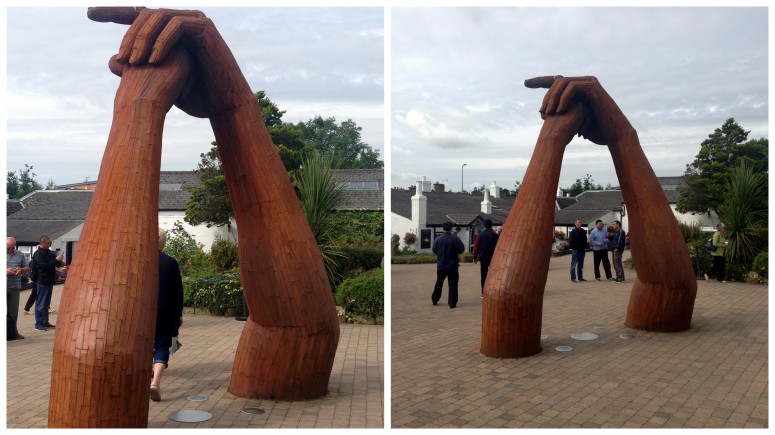 Gretna Green has a long history of being considered one of the most romantic places along the Scottish/English border. Even today, it’s a hotspot wedding destination, but it wasn’t always. The beginning of Gretna Green’s popularity as a wedding destination was sparked by a marriage act in England that changed the requirements to consider a marriage valid. Once people realized it wasn’t law in Scotland, couples ventured over the border to elope in a simpler ceremony. 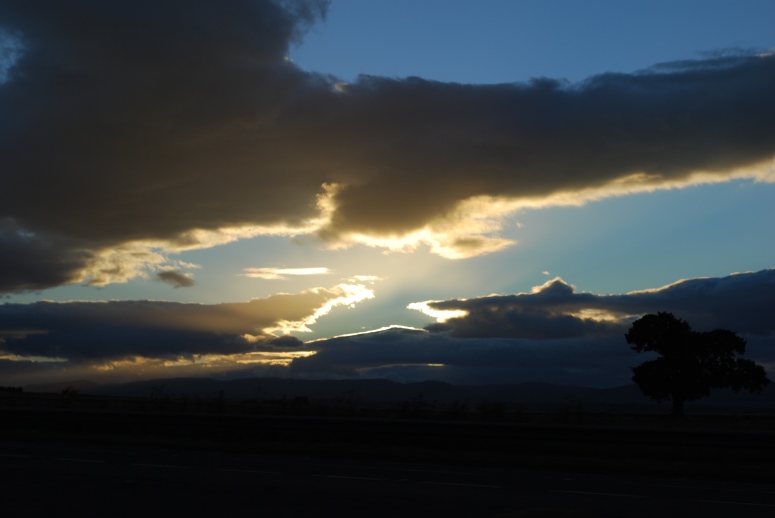 After leaving Gretna Green, we drove to T’s mom’s place, where she cooked us up an amazing and full Malaysian inspired dinner. Thankfully, I had my appetite back, and I enjoyed every dish.

We relaxed, drank, talked, and played games that night, truly the perfect way to end what had been one of the most amazing trips I’ve ever been on. 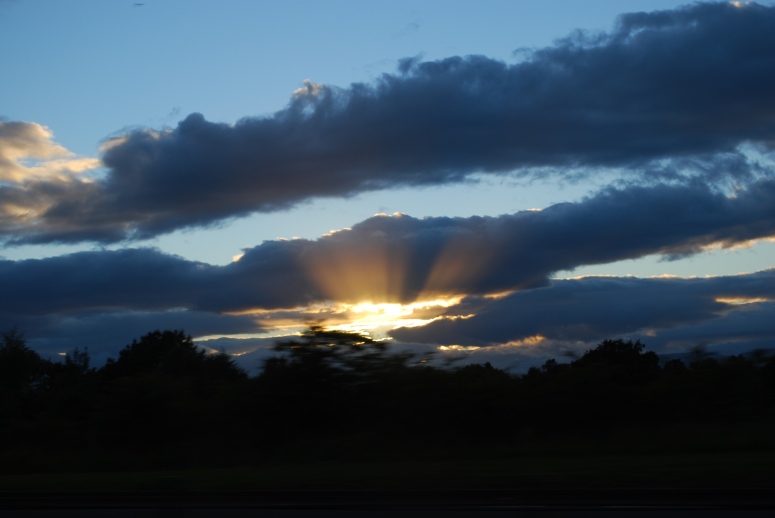 Stay tuned for the recap!