On our last full day based in Stirling, we had ambitious goals: fit in two castles. The castles in question were Stirling Castle and Doune Castle; two of the most well-known castles in the area. While I vastly enjoyed our time in both, to my mind one was the clear victor (but I won’t spoil which just yet!). First up: Stirling Castle! 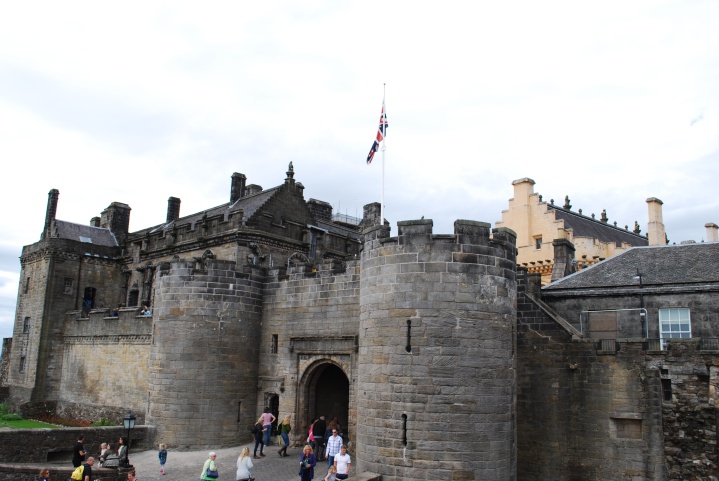 The weather was once again in our favor – a streak I was positive would break sooner or later – as we set out as early as possible (not early enough) and made our way up the narrow, winding streets to the castle atop Castle Hill.

A pleasant surprise was the discovery of parking up on the castle esplanade. By the time we arrived, visitors had already swarmed the area, and we were lucky to get a parking spot. 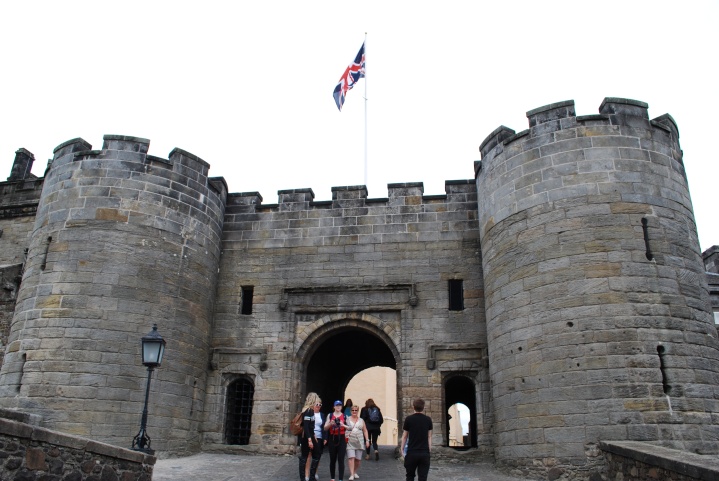 The first record of Stirling Castle seems to date back to roughly 1110, when a chapel was dedicated at its location by King Alexander I. In subsequent reigns, Stirling Castle became an important administration centre until Alexander III’s death in the late 1200s. After that, the castle passed into English possession and back to Scottish again several times. The peak period for Stirling Castle’s history is during the 1500s. Mary, Queen of Scots, was crowned here in 1543, and after her return to Scotland, spent a great deal of time at Stirling Castle.

Although fortified in ancient times, the castle as it stands today seems impenetrable enough atop the craggy rock, and it’s not hard to see what makes it such a prime defensive location.

The grounds of the castle are stunning, but the view is what I fell in love with. No matter which direction you glanced in, the scenery was undoubtedly breathtaking. 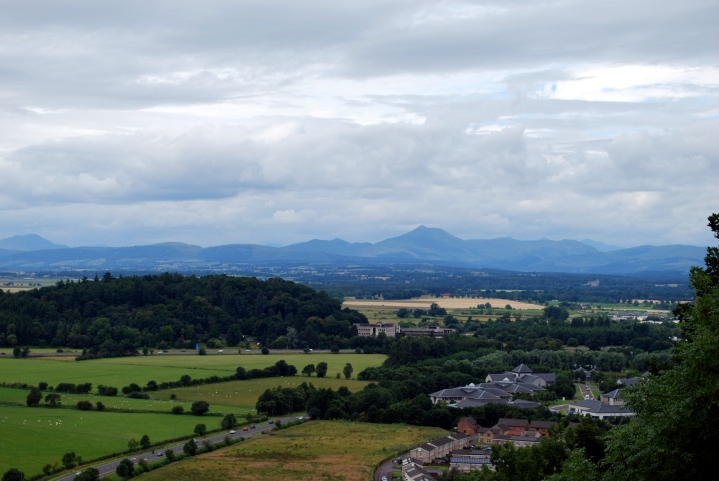 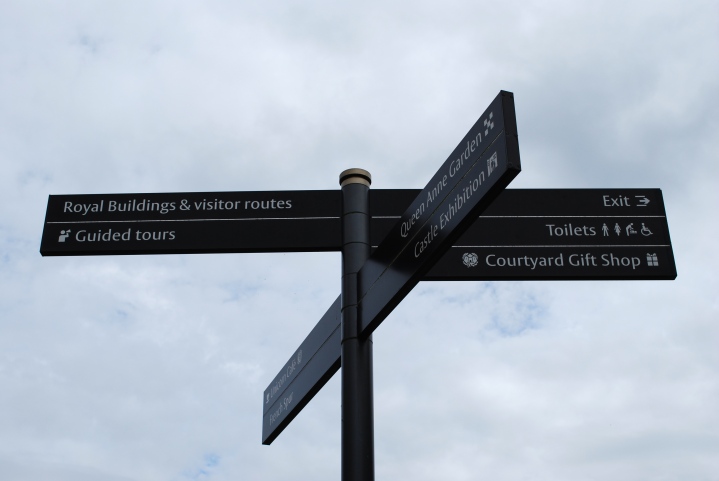 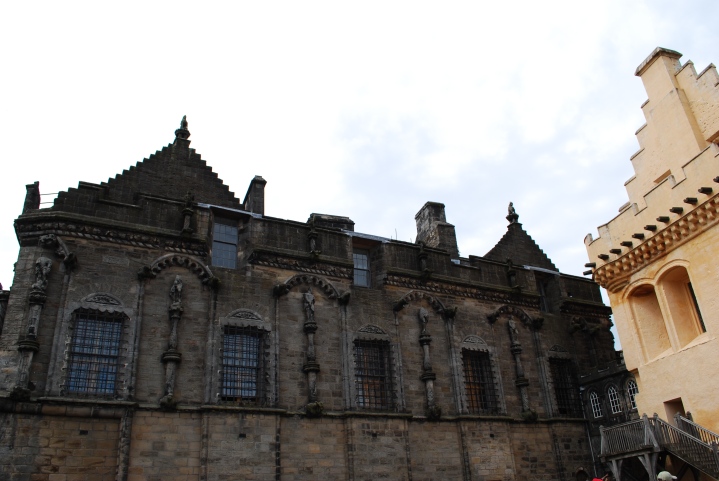 One of my favorite things about our visit to Stirling castle was the accessibility of the roofs and battlements. It’s one thing to gaze up at a cannon; it’s another to stand beside it and know exactly which direction its pointed in. 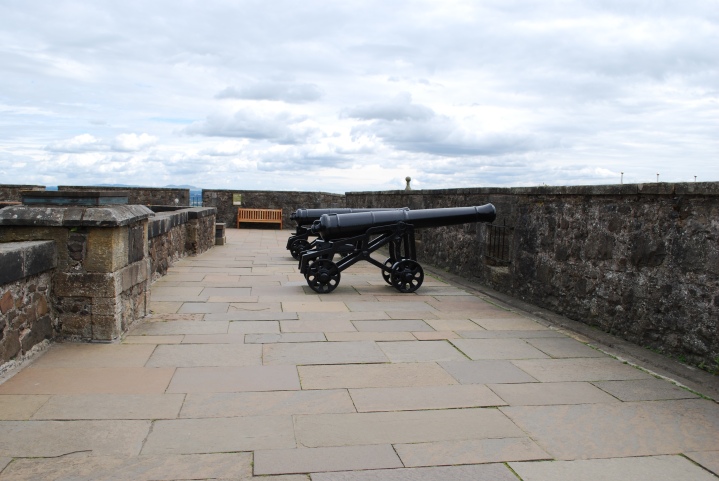 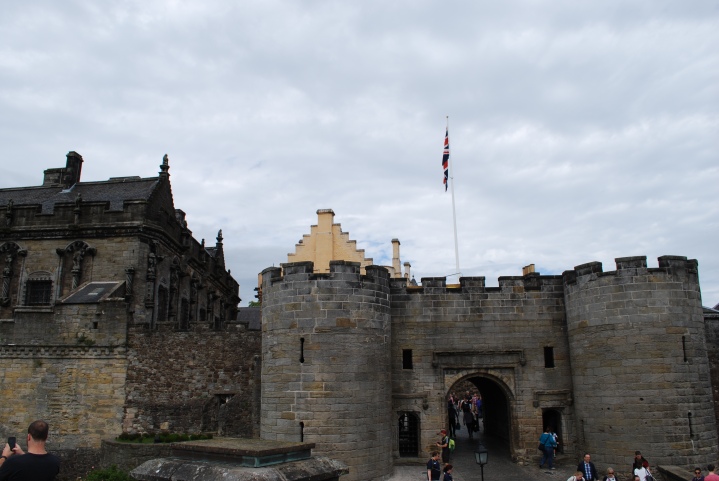 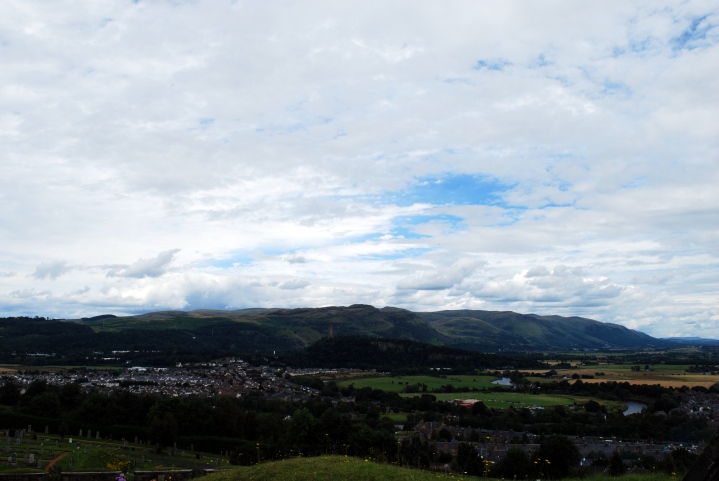 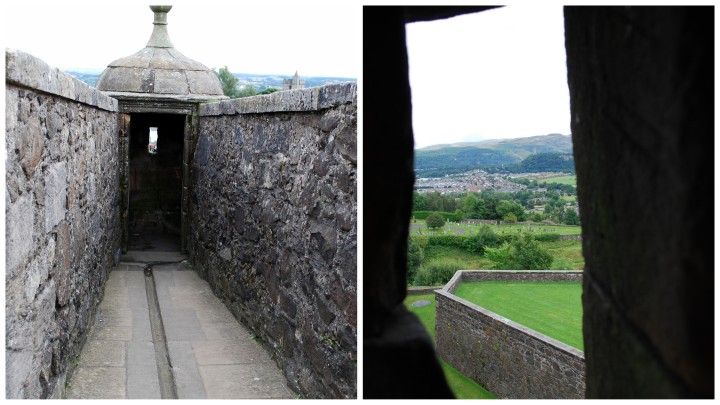 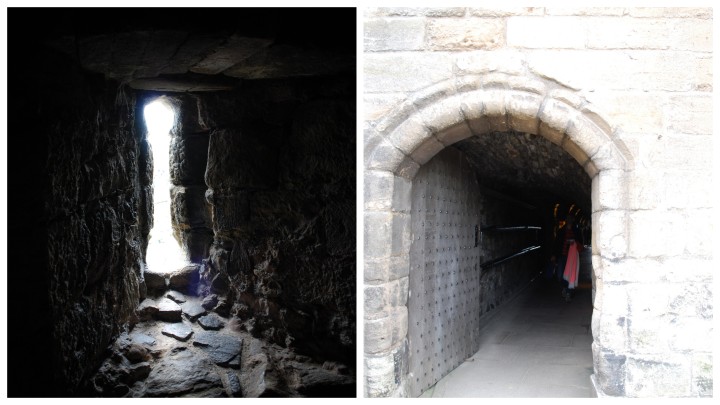 I did laugh when we came across a sign boasting the spot where the women of the royal court stood to gaze at the scenery, but my laugh quickly faded as I discovered what a perfect view that particular spot afforded. It wasn’t long before I began wishing I could see how it would have appeared to them. 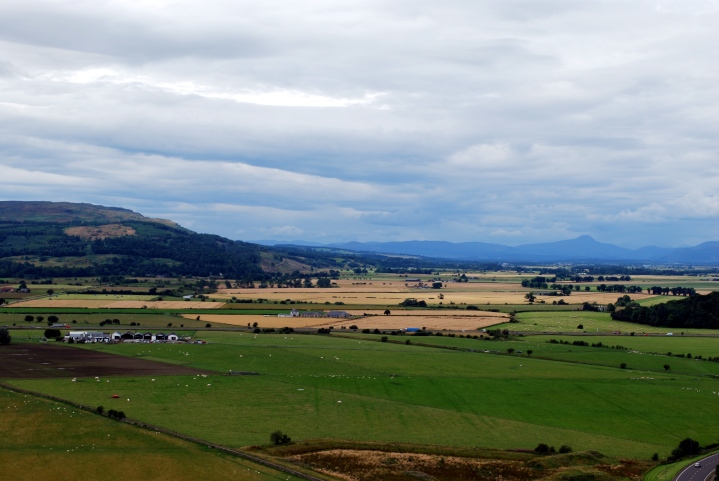 Inside the castle proper, we toured through the succession of rooms. The first we entered was the King’s Outer Hall, a place for people of proper social standing to gather and attempt to gain an audience with the king. If you were deemed worthy enough by a staff member, you were permitted to enter the next area.

The King’s Inner Hall is where the majority of the meetings took place. The Royal Arms of Scotland, proudly displayed above the fireplace, added to the feeling of power in the room. Nowadays, it’s obviously a rather easy location to enter – simply purchase a ticket, and you have free reign. It was sobering to think just how few people before the modern castle visitation rights ever saw the interior of the Inner Hall. 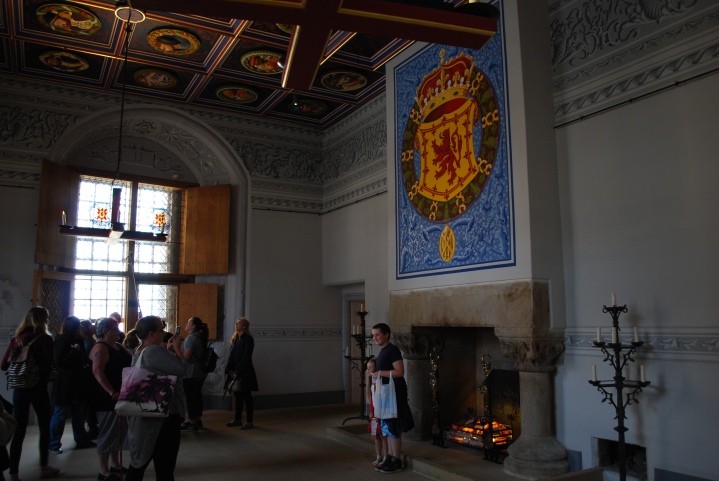 Fewer still had access to the King’s Bedchamber. Only the most important of visitors or the closest of friends was allowed to meet with the king in this room. Humorously, though the room was large and a bed frame present, the king would sleep in a small room off to the side. 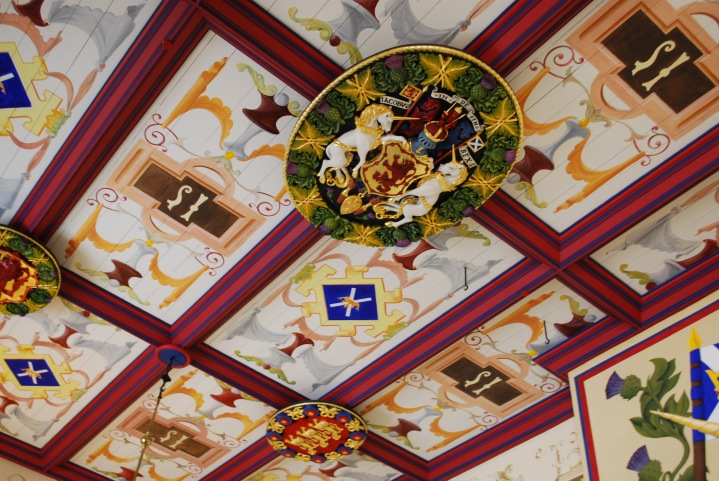 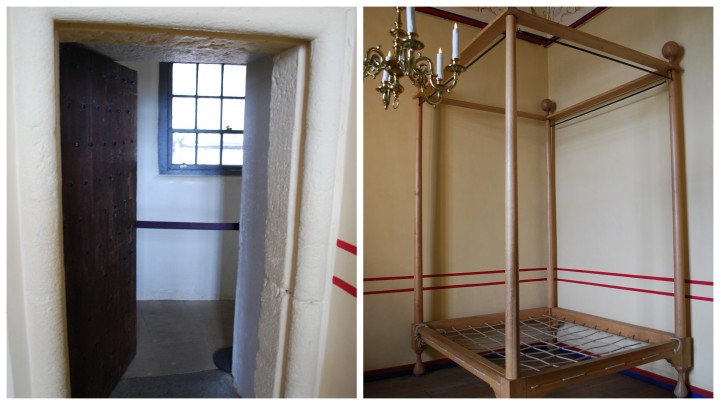 The room directly connected to the King’s Bedchamber was the Queen’s Bedchamber. From this point, the rooms mirror the use of the king’s. Similar to the king, the queen would not sleep in her bedchamber, but would use it to entertain important visitors and close friends. It was ornately decorated, and my favorite room of the castle. 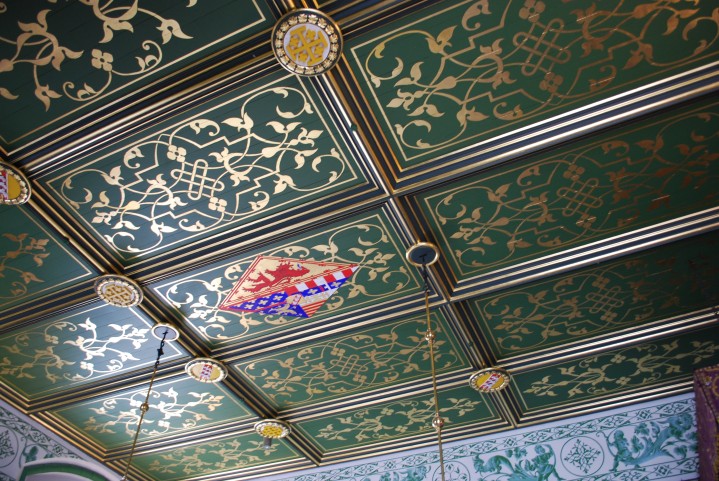 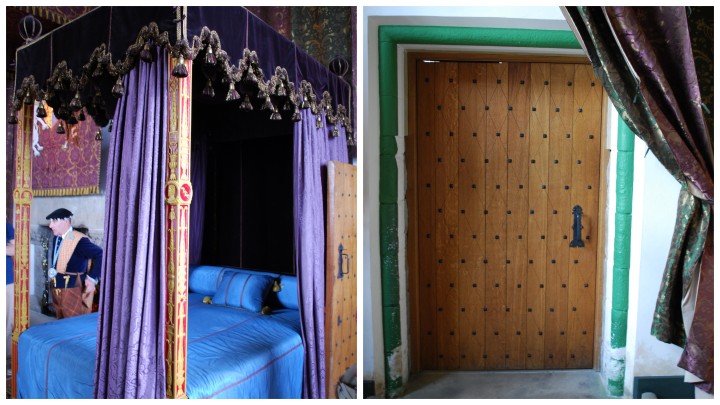 The Queen’s Inner Hall was the location where honored guests could have an audience with the queen. 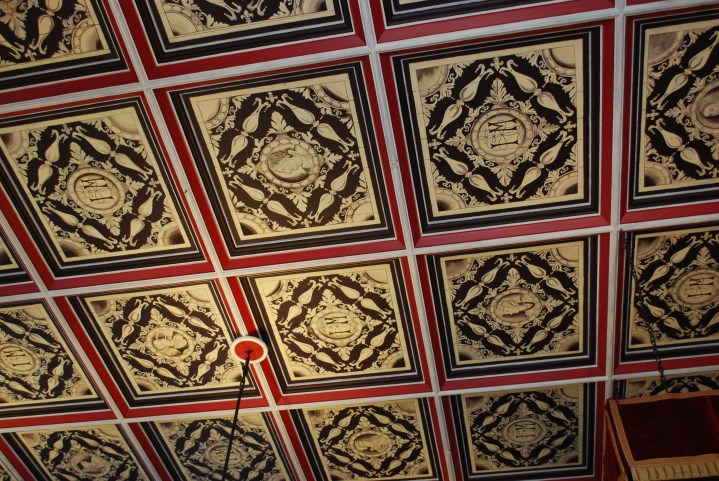 Lastly, the Queen’s Outer Hall was where people gathered for a chance to meet with the queen. If you gained her staff’s approval, you were directed into the Inner Hall. 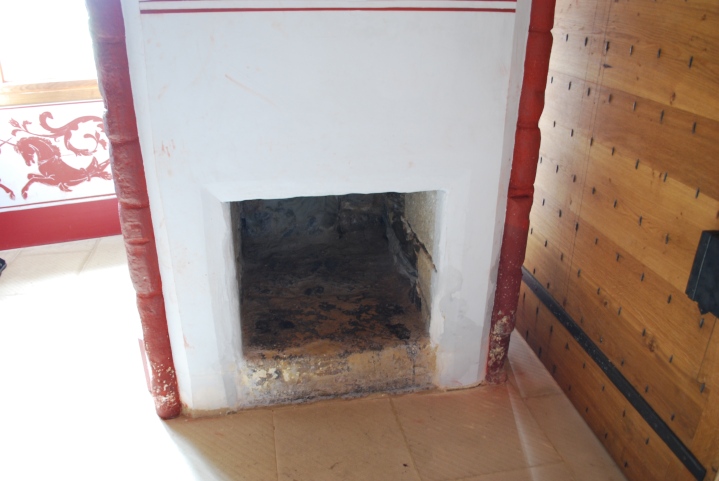 As gorgeous as some of the interior rooms are (looking at you, Queen’s Bedchamber), the exterior is where Stirling Castle truly shines for me.

That said, the Royal Chapel captivated me as well, though the decor was sparse. 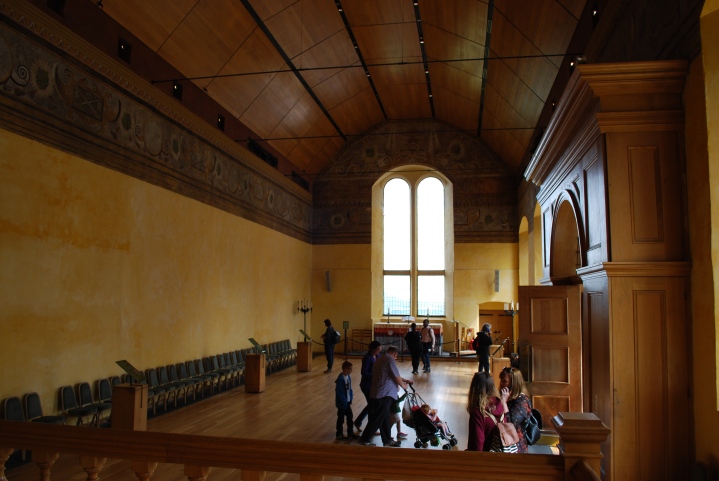 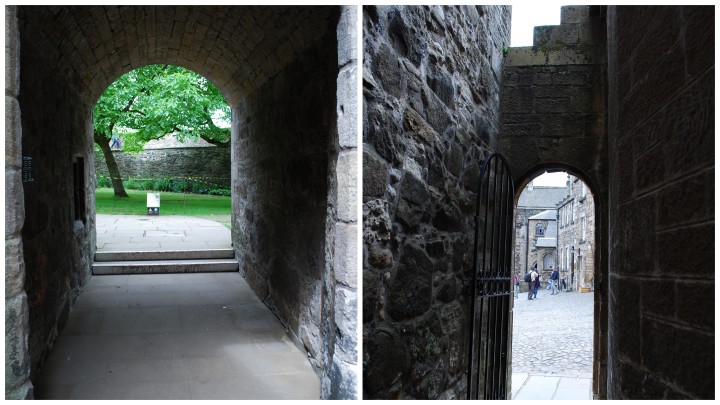 Bar none, my favorite moment of our time at Stirling Castle was climbing the stairs to the narrow battlements. A castle worker informed us that this was the first day they had been open for public access in roughly five years. We felt pretty darn lucky, considering how rare it was for us to be there. 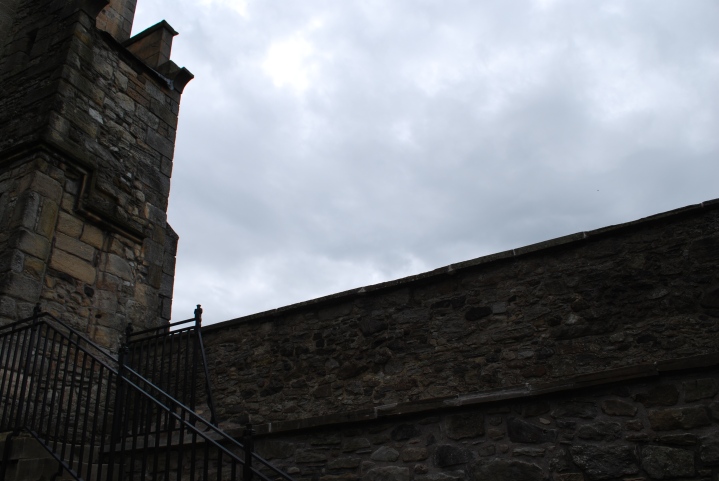 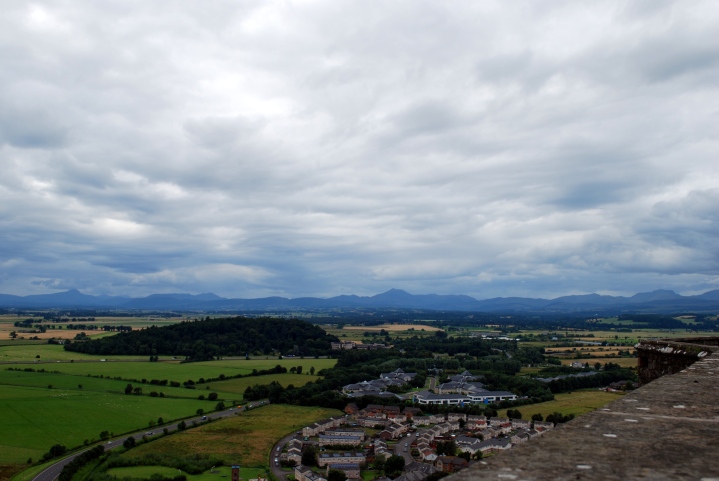 I felt content to simply stand there and gaze out at the view, and I could have stayed far longer than we did. The Wallace Monument stood proudly in the distance, the rolling mountains behind it making the perfect backdrop. I have an embarrassing amount of pictures from this spot.

When Stirling Castle first fell into English possession, it was the Battle of Stirling Bridge that changed ownership again. Andrew Moray and William Wallace – a man who hardly needs an introduction thanks to the mildly historically inaccurate movie Braveheart – banded together with their forces to battle the English as they crossed the bridge. This fact makes it all the more fitting that you can clearly see Wallace Monument from Stirling Castle. 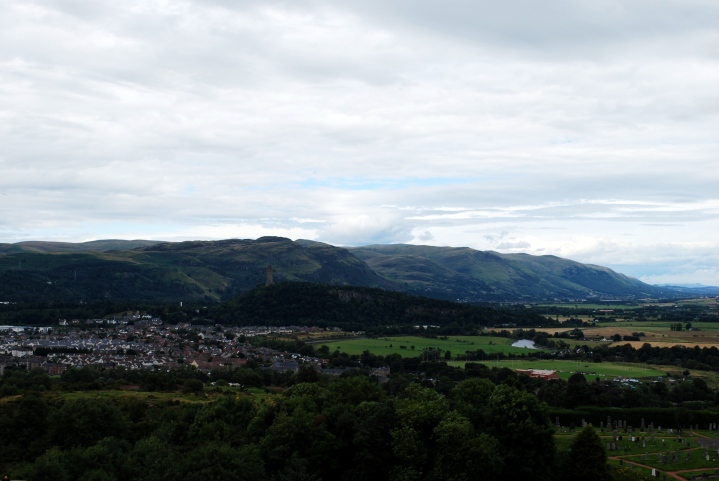 From the battlements, we descended into Elphinstone Tower. At one point in time, it seems as though the tower stood taller, but was shortened when it became an artillery. The Elphinstone Tower was home to the constable, who looked after the castle when the royal family was elsewhere.

We topped off our morning at Stirling Castle with the best possible decision – Scottish ice cream! I wasn’t sure at that point if Doune Castle could surpass my newfound feelings for Stirling Castle, but I was excited to put it to the test! 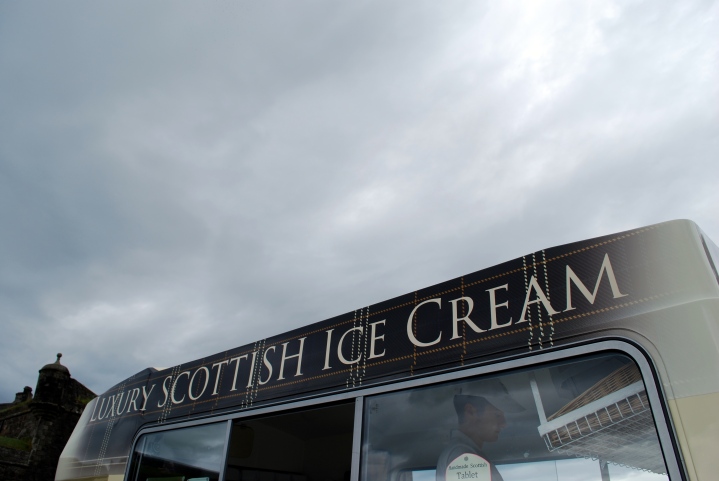 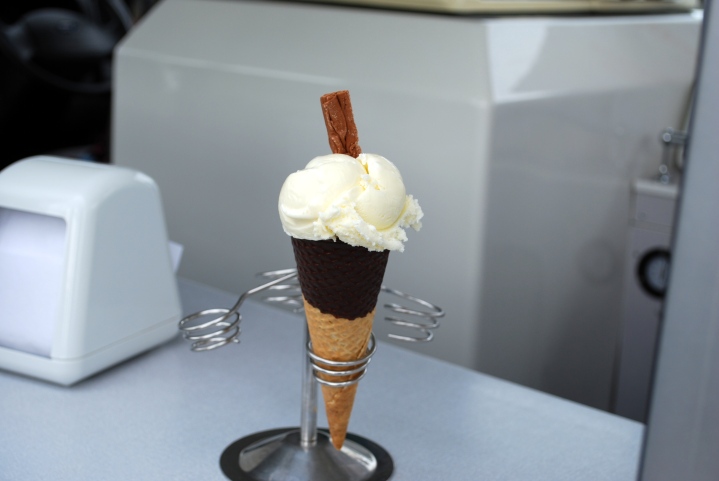 Have you been to Stirling Castle? Do you prefer the interior or the exterior?