Confession alert: I have never had an overwhelming urge to visit London. Sure, there’s tons of history there, but the city itself never really appealed to me. I knew I’d get there one day, but my expectations of how I’d feel about it were set pretty low. Did they change after visiting? Not entirely, but I did enjoy myself more than I thought.

After leaving the magic of Harry Potter behind at the Warner Bros Studio Tour at 12 pm, we drove to the Earlsfield train station to take a train into London proper, because we had no desire to drive in the heart of crazy downtown London. On the way, our GPS decided to be wonderful and took us through part of it anyway. It wasn’t fun, to say the least, and added an extra 45 minutes to our journey. Once arriving there, we were dismayed to discover there was no offered parking for the station. We sat on the side of a road and weighed our options, with this setback costing us another 30 minutes or so. I finally found us a place to park using the site JustPark, where you pay a specific amount to an individual person and you’re allowed to park in their driveway. It was a life saver and it helped us out greatly, but there was a major downside to it. For that, you’ll have to wait for my recap post! 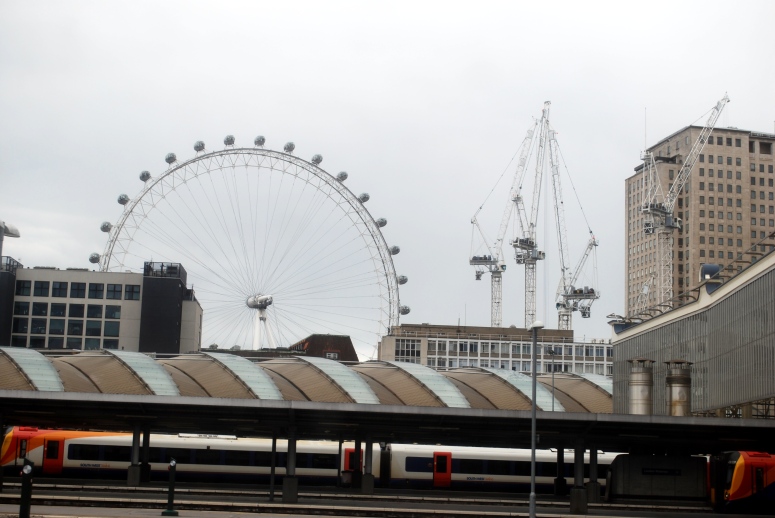 Our train was only two stops’ length, and flew by. Still, doing it this way saved us a lot of hassle. We arrived at Waterloo Station and made the choice to begin walking to the right towards the Tower of London, which was my mom’s must-see destination in London. 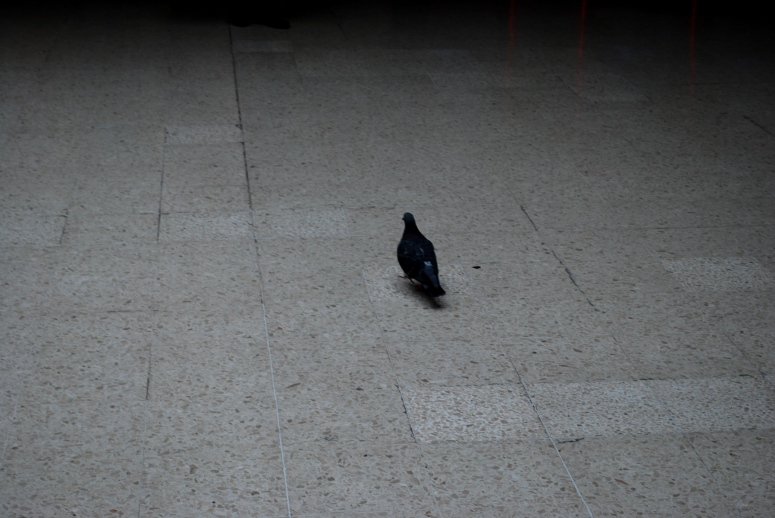 Along the way to the Tower of London, we made sure to take a route that would lead us right past Shakespeare’s Globe Theatre. 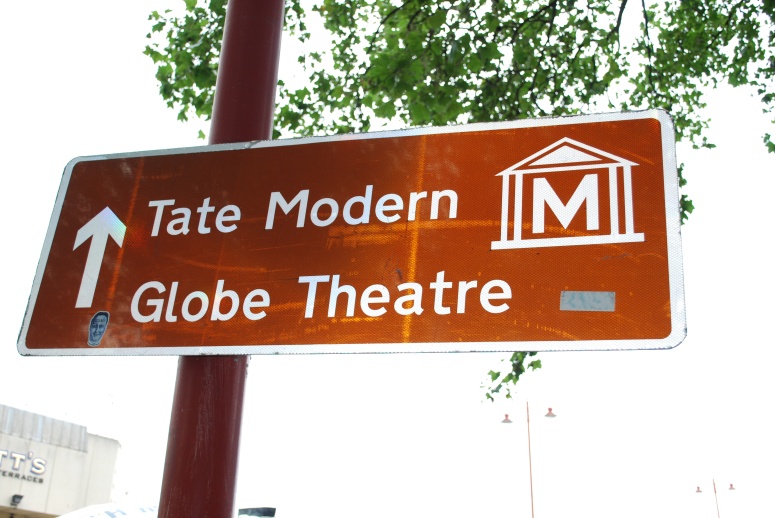 There was also another Harry Potter-related pleasant surprise: the Millennium Bridge (as seen in the Half-Blood Prince movie) was directly in front of it. 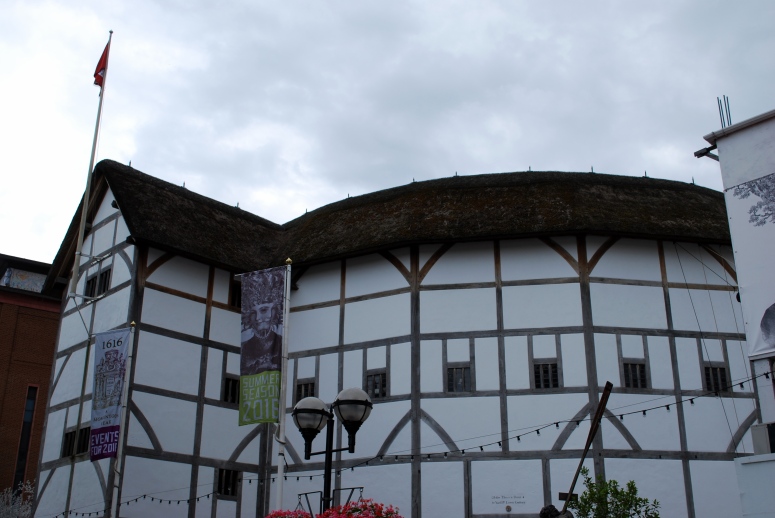 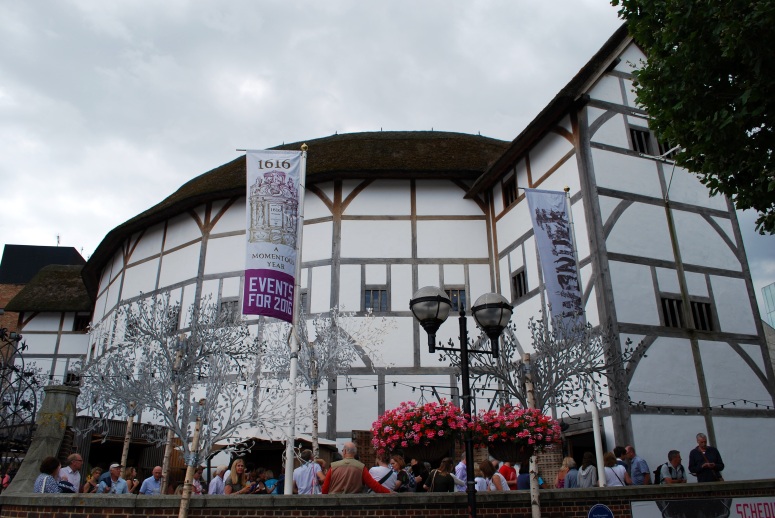 Seeing the Globe was a surreal feeling. We were longing to go in, but a play was about to start, thus the doors were tightly shut until the audience was allowed inside. The stark contrast of such an old building with modernly dressed people lurking outside didn’t sit right with me; old-fashioned garb all the way, please! 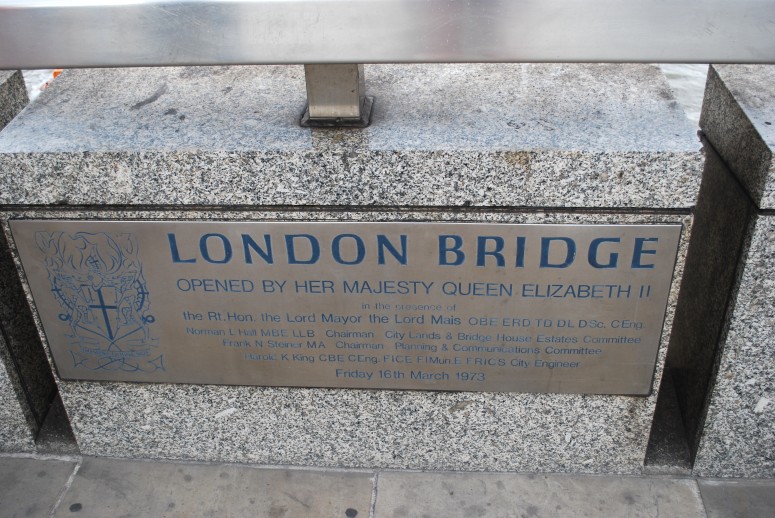 To cross over the River Thames, we had several options. We chose the London Bridge because of its spectacular view of the iconic Tower Bridge.

By the time we finally made it over to the Tower of London, we only had 45 minutes until closing. Jen and Alex didn’t feel it was worth the price for so little time, and opted to shop instead. My mom brushed off the ticket woman’s insistence that she really wouldn’t have enough time to see what she wanted, and explained that we were here from Canada and this was our only chance. Sylvan, my mom, and I decided to go in, and the lady informed us that we would probably only have time either for the White Tower or the Crown Jewels. 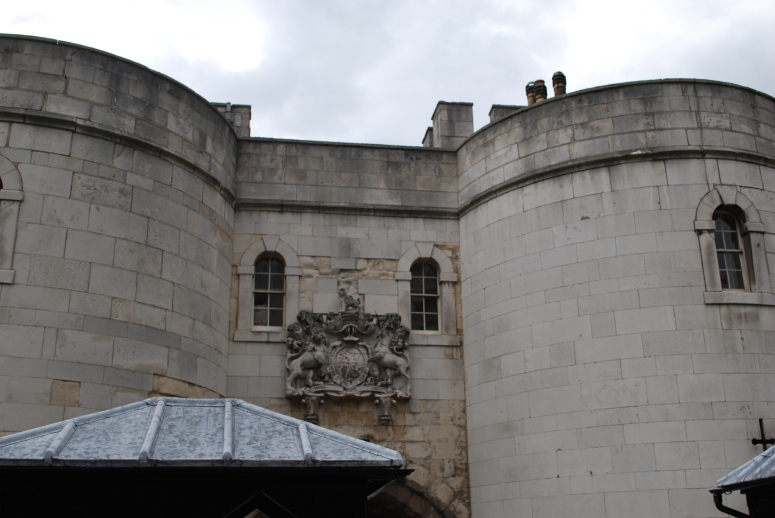 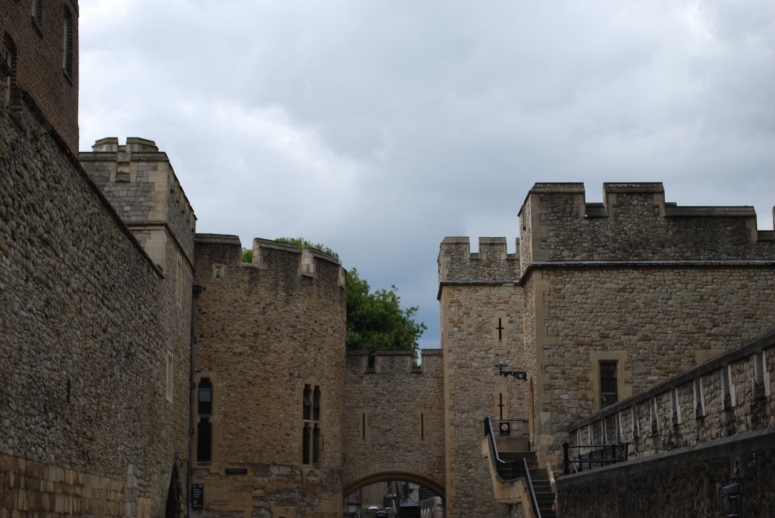 Sylvan and I let my mom choose, as this was what she was most intrigued to see. She chose the White Tower and we sped off – accidentally entering the wrong building first.

Sadly, I can’t remember the name of the tower we ran through (above), but the emergence onto the battlements from the exit rewarded us with a stunning vantage point of the Tower Bridge. Our wrong turn was worth it for that alone!

We finally made it to the White Tower and entered excitedly. Our excitement wavered slightly as we realized how many stairs we’d have to go up and down, but we persevered. It was hot inside the Tower, made more so by the fact that we tried to go through quickly.

The White Tower is home to the Royal Armories, and on display were items relating to Henry VIII, Charles I, and James II. Though I took pictures, I had to take them on my phone as my camera was not willing to cooperate without flash. 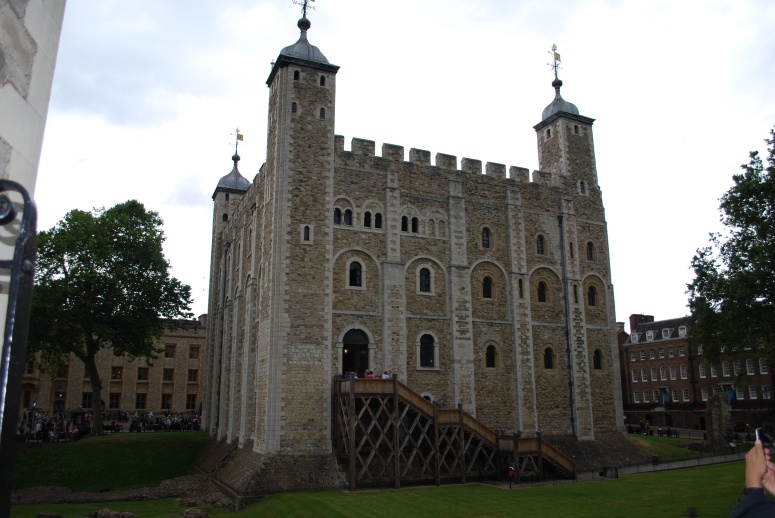 We made it through the White Tower in just under 20 minutes’ time – take that, ticket lady! Though we moved quickly so that we could see it all, we never felt overly rushed. We read certain plaques and not others, and took our time in front of some pieces while only glancing at others, but I don’t feel as though I missed out on anything.

With so much time left, we thought we may as well check out the Crown Jewels!

As absolutely no photography is allowed inside, I have no pictures, but I was wowed. The stunning jewels inlaid in crowns and scepters really gave life to the past, particularly in terms of showcasing wealth.

With about ten minutes left to spare, we made our way over to the Bloody Tower. While not the location for executions – that was a scaffold erected in the main square, referred to as the Tower Green – this particular Tower was used for torture. It was another surreal moment to set eyes on the rack, a medieval torture device in which the victim’s wrists and ankles were tied with ropes and pulled, stretching the victim and causing joint dislocation and eventually – if pursued long enough – limb separation.

Another point of interest we spotted on our way out was the Traitor’s Gate. It was originally built so that King Edward I could enter the Tower of London via the river, but the name eventually stemmed from the Tudor era, when famous political prisoners (such as Anne Boleyn, Catherine Howard, and Robert Devereux) were brought through it before their execution. 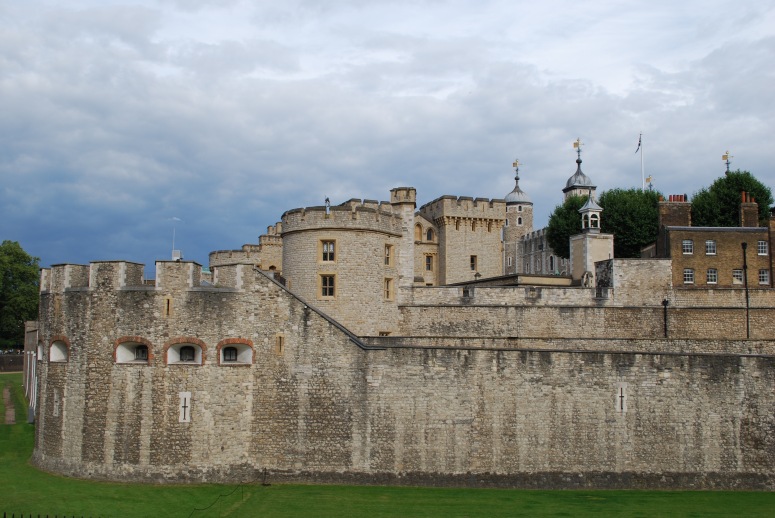 The Tower of London was a glimpse into an historical period I find fascinating. This theme continued as we attempted to find somewhere for a late lunch/early dinner and tried going across the street to The Hung Drawn and Quartered. 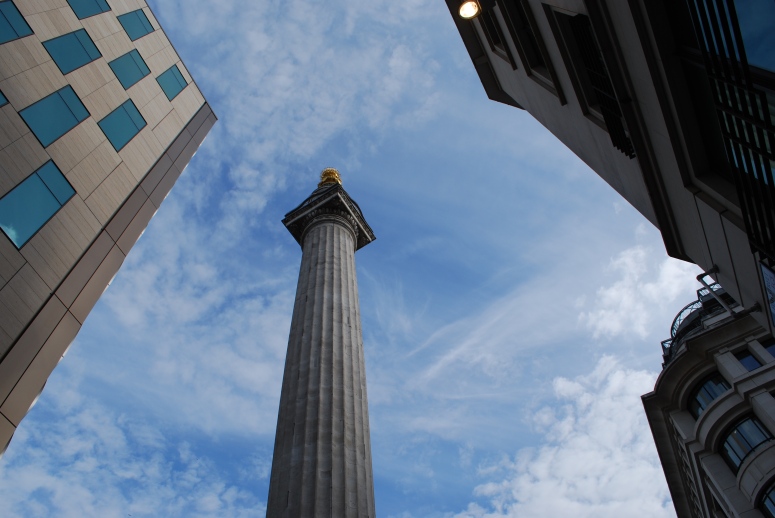 After we finally found a place to eat, we walked back past the train station we arrived at to the London Eye, which was Alex’s must-see destination. We purchased the fast track ticket so we didn’t have to wait in line, and ended up getting on within about 5 minutes.

The view from the London Eye was as spectacular as I hoped. My only upset with our afternoon and evening in London is that we didn’t have time to go to Westminster Abbey. I guess the upside is that I’ll definitely have something to draw me back here one day! 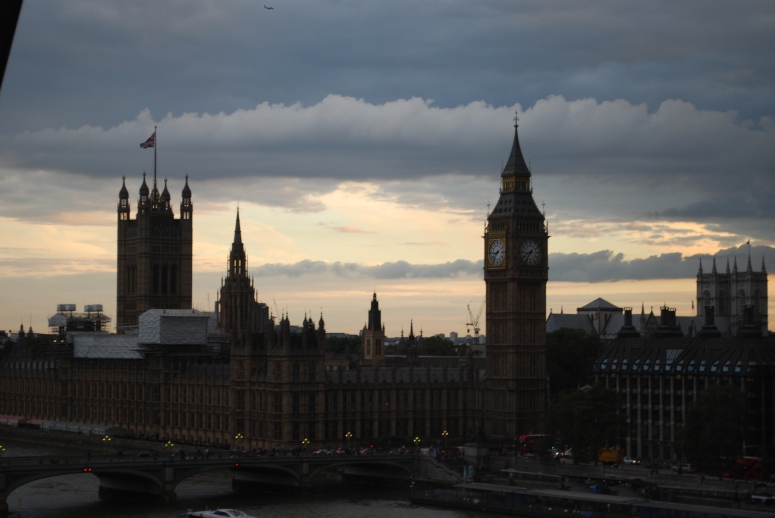 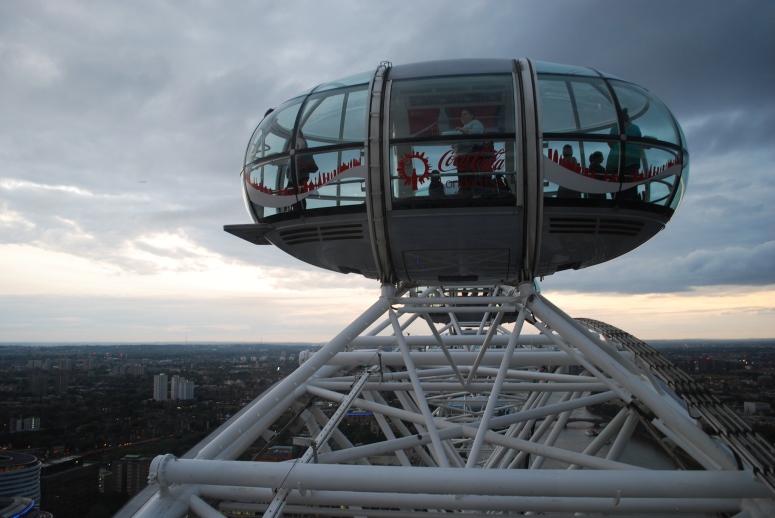 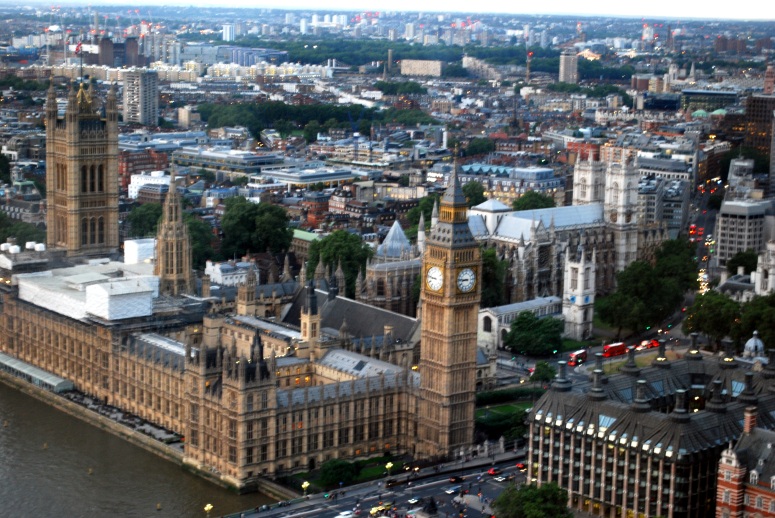 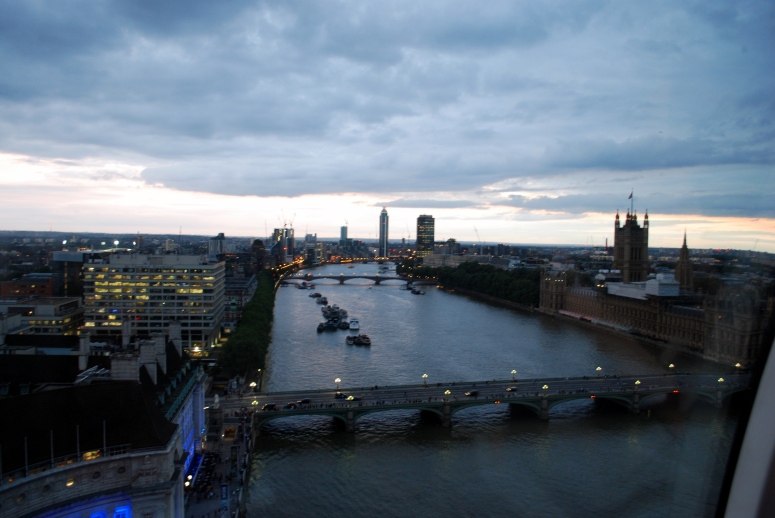 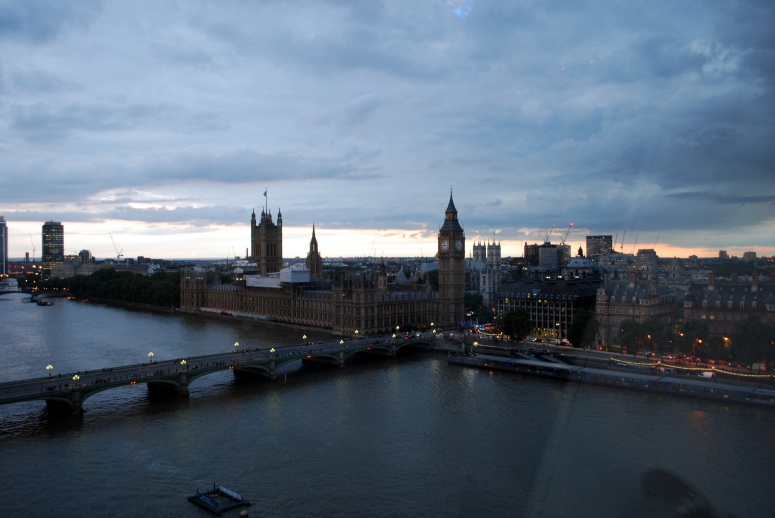 As we made our way back to the train station to head to the hotel after our long day, we were exhausted but elated, having seen so much and shared so many amazing and unforgettable experiences together. 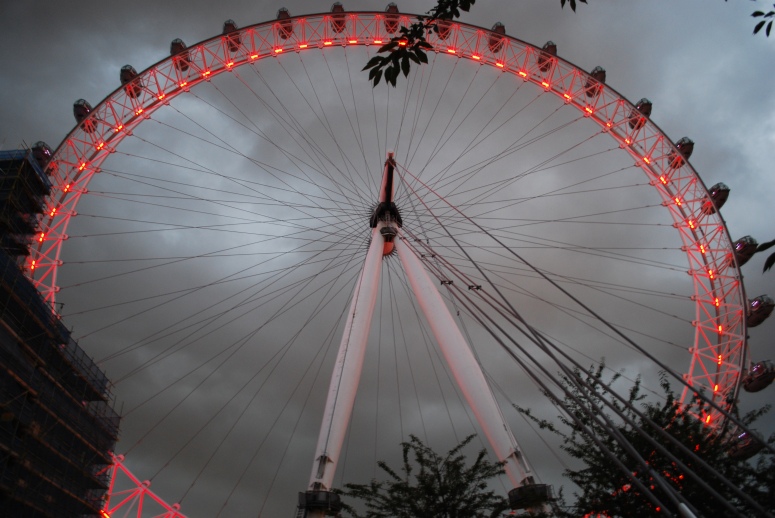 Have you been to London? What non-tourist place should I visit if/when I return?