I didn’t know what to expect when cruising, really, as the only one I had been on prior to this wasn’t long enough for us to have a room or even eat aboard the ship. Luckily, I enjoyed every minute of our cruise!

Prior to the trip, I had done my best to research what being on a cruise ship was like. I’m the type of person who doesn’t necessarily need to plan everything in advance, but who loves travel and reading about travel so much that it was purely for fun. I was disappointed to discover not many posts talked about what their day to day was like during their cruise. With that in mind for my own trip, I ended up videoing much of it, and jotting down notes at the end of each day.

My dad, Brit, and I headed to Judy’s house about mid-morning, and then on to the cruise port from there. The line was pretty massive, snaking through much of a large warehouse-type building. We ended up being separated from my dad & Judy in the line up, which was frustrating, as we had booked together and were traveling together. Still, we all made it unscathed onto the ship.

By the time we were through customs and arranging the Sail & Sign card – which is connected to a credit card, so that you don’t need to carry money with you around the ship – we were famished. For lunch, we ate at the buffet, which I have no complaints about. Before our trip I read through countless reviews, and the conclusion I drew was that most people seem to be ceaselessly picky when it comes to details about their cruise, with the result being plenty of cruise snobs posting complaints that are sometimes unwarranted.

We sailed on the Carnival Conquest on a 6-day itinerary with stops in Key West, Grand Cayman, and Cozumel, and although our ship was not the biggest we saw, it felt plenty massive when walking from end to end and exploring the floors.

After lunch, Brit and I set off on our own to find our room and explore the ship. We wanted a window in our room, but we didn’t want to pay an excessive amount, so we opted for the porthole room (cabin 2220). We loved it. We still had the view we wanted, but the price wasn’t as high as a full window or a balcony. The cabin also felt spacious – in fact, even more so than my dad and Judy’s, who opted for an interior cabin on deck 8 – and included a couch in addition to our beds. The main issue I had read prior to our trip was the loud noise when the anchor was being raised or lowered. I can see how this would be an issue if you planned on sleeping in on port mornings, but since we had early excursions, it didn’t annoy or wake us up.

Time and time again I had read that since the Conquest is an older ship, the décor was extremely dated. While nothing felt overly modern – except perhaps in the arcade and in the dance club – I found nothing wrong with it.

Brit and I spent much of the time wandering around, exploring the many decks of the ship and trying to get our surroundings. By the time the ship actually pulled away from port, the muster drill – a mandatory safety lesson scheduled right at the time of departure – was going on on the lifeboat decks. Not wanting to miss the chance to see the boat leave land, Brit and I raced up the stairs from deck 3 (where the drill was held) to deck 11.

And just like that, panting and momentarily tired, we bid a fond farewell to the Florida coastline. 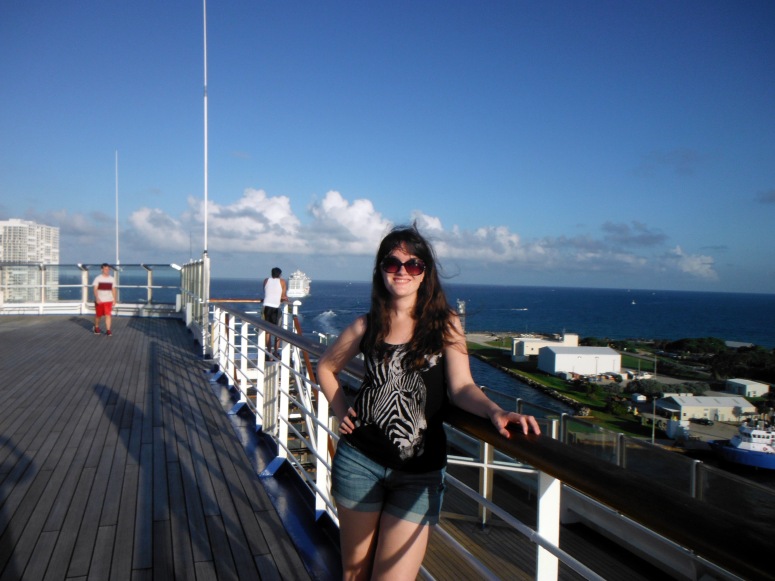 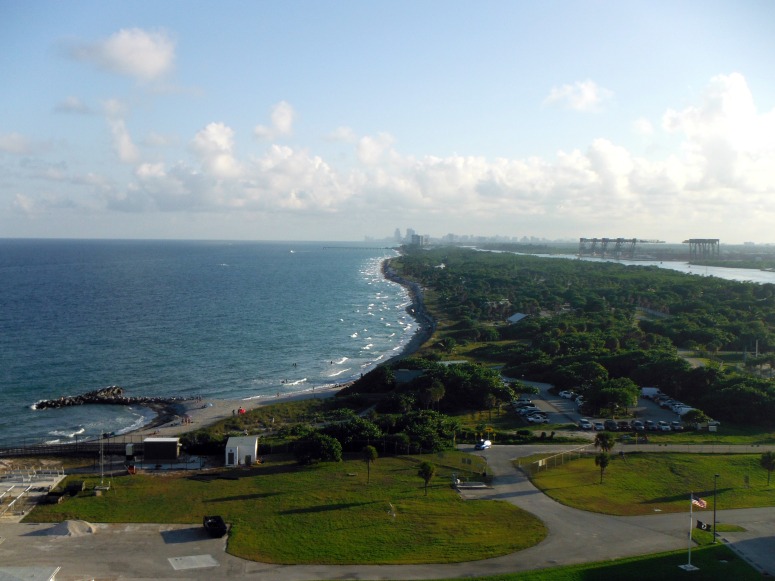 The rest of our day was largely spent walking between the floors, checking out the selection of activities, picking up our excursion tickets – more on that soon! – and hanging out in the arcade. Even though we are both well over the minimum age of gambling, Brit and I didn’t feel inclined to play much at the slots. Air hockey, racing games, and crane games, though… look out!

Dinner that night was entertaining. We had selected the any time dining option – I believe this is available only for bookings made well in advance – and this worked extremely well for us, particularly on port days when Brit and I had excursions. The first night of dinner, the crew goes all out, dancing and celebrating the beginning of the voyage.

After dinner, Brit and I headed to the nightclub for Ladies’ Night Sail Away. It included free champagne, but it didn’t take us long to discover they weren’t playing music we were really into. Knowing we had to get up early the next morning anyway, we called it a night, still grateful for the entertaining first day we’d had. 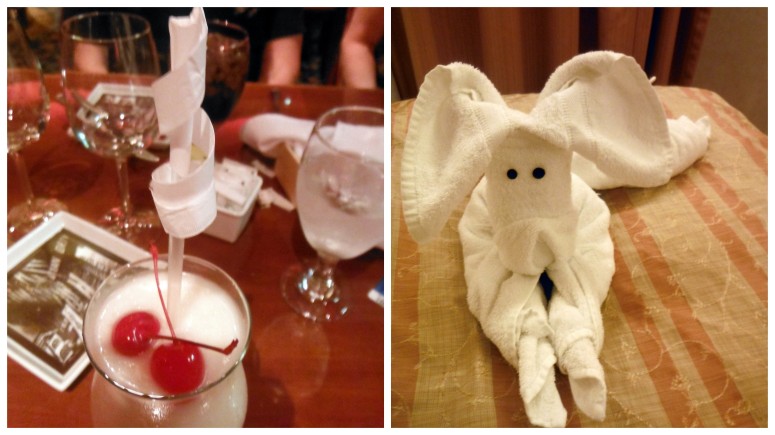 Day 2, our first official full day on the cruise, began with port in Key West. My dad and Judy, who both cruise frequently and have been to all the ports on our cruise, opted to stay on the ship and have a relaxing day. Brit and I, on the other hand, were about to have a daring adventure…. 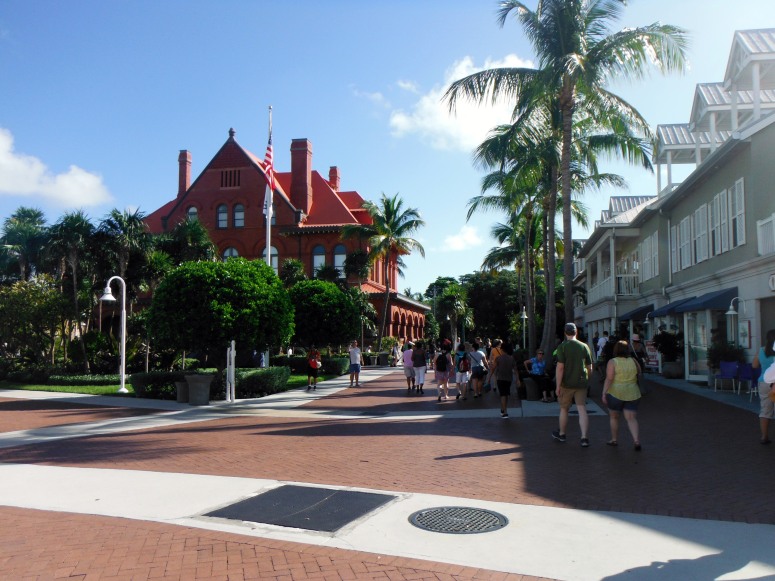 Our morning started off even lazier than I had anticipated. We got breakfast in the buffet before heading off ship for our excursion. Even taking our time and eating breakfast, we still got off the ship with more than enough time to walk around a bit and try to get a picture of our ship. As it turns out, we were only able to get the whole thing when doing a panorama.

Eventually, it was time to meet up with our excursion group and board the boat that would take us…. parasailing! 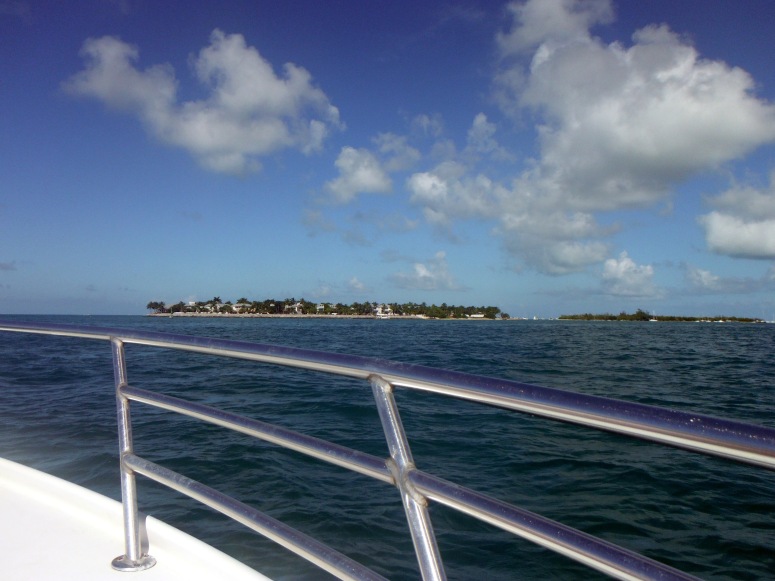 I had never before tried parasailing, and based on where Brit and I sat, we ended up going last. My nerves were on a rollercoaster, with the biggest drop coming as we stood up to get buckled into the harness.

By the time we were fully up in the air, we were twice as high as our cruise ship. Despite the thrill of the adventure and the random little dips of wind or the boat going over the waves, being up in the harness was incredibly smooth. It was an exhilarating feeling to be up so high, and it’s an activity I definitely plan to do again. 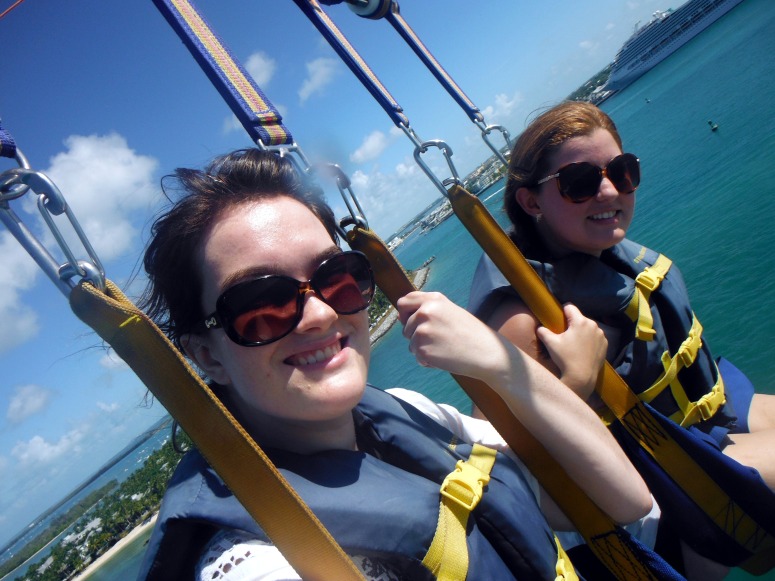 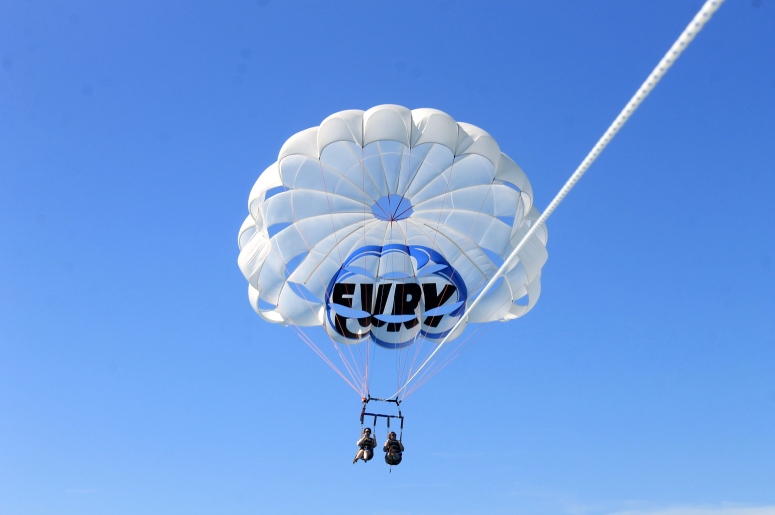 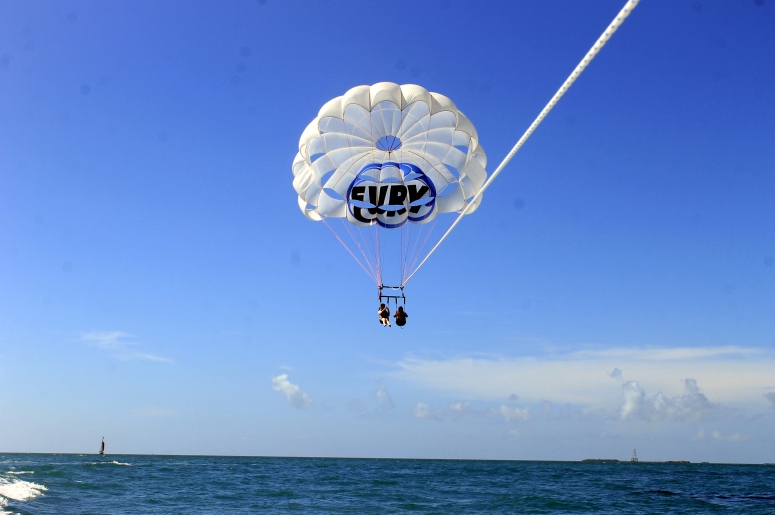 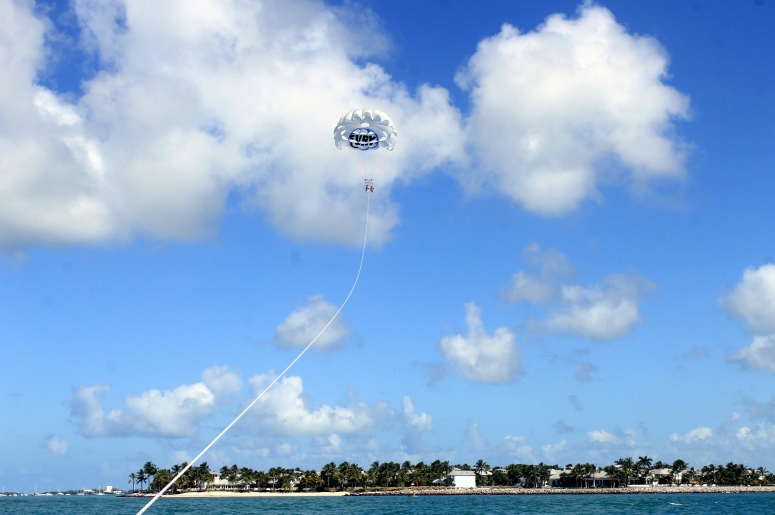 Our excursion was operated through the company Fury. We chose to book through Carnival, because even though it costs a little more, if your group is running late, the ship won’t leave without you. As a warning – if you do not book through the cruise ship, or if you choose to merely wander around and sightsee, be back with plenty of time to spare, because the ship will keep to its schedule. Now that I have experienced a cruise and I have seen how the day plays out, I will be more open to excursions not run through the cruise line.

Even if we had booked on our own, I would have chosen Fury. The guys were efficient, friendly, and exactly the type of people you want when you’re nervous about what you’re doing.

After our tour returned, we had a good two hours to kill before we wanted to be back on the ship (we didn’t want to be one of the runners), so we decided to wander somewhat aimlessly. Considering the one and only other time I had been in Key West was when I was about 13 years old, we weren’t entirely sure where we were going. I had hoped to make it back to the Southernmost point again, but alas – no luck. 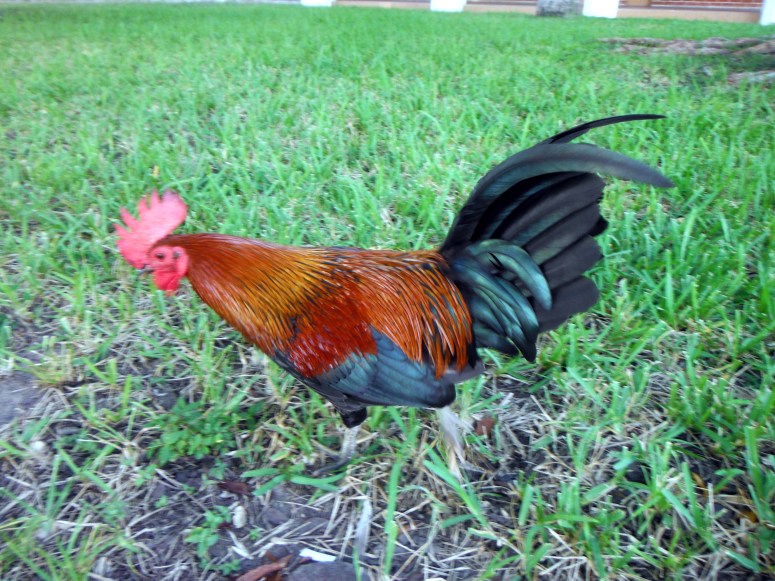 Key West is a cool place to visit. Having spent just a few hours there vs. a week-long trip, I would say the best length of time to visit is probably somewhere in between. It’s a great place to walk around and sightsee, but it also offers some excellent activities – mostly on or under the water – and to have your chance at seeing the best of Key West, you would likely need at least three or four days.

After so many hours out in the sun and walking around in the heat, we spent a lazy evening wandering around the ship, having another great dinner, and playing in the arcade. 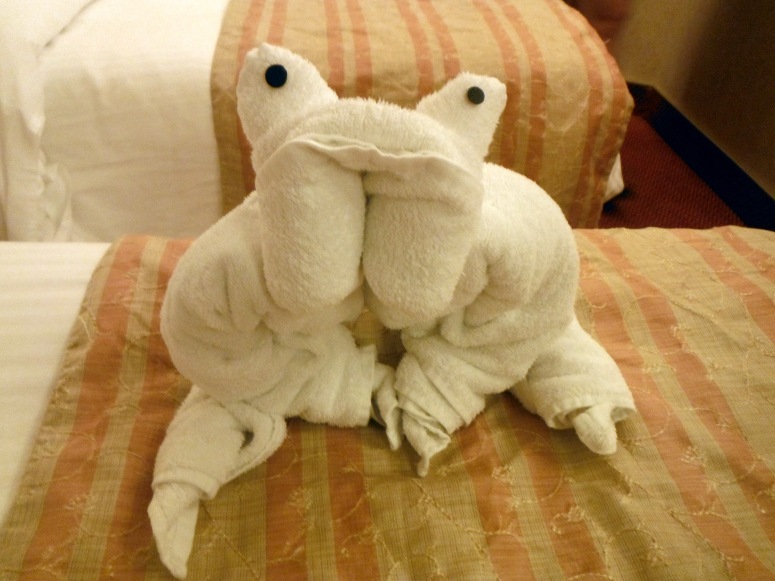 After dinner, we changed into comfortable clothes and headed back out to nab seats for a special type of entertainment – movies under the stars. Each night they showed two movies, typically one kid-friendly and one less so. It was incredibly relaxing to lay out on a deck chair under the stars with a drink in one hand and popcorn in the other, and a free but rented out blanket – thanks to the use of the Sail & Sign card! – covering my legs. My dad and Judy even brought pillows from their room to make it even comfier. I have to say – counting a 19+ theater viewing and watching it at home – this was my favorite viewing of Jurassic World yet.

Have you ever been parasailing? If not, I highly recommend it!