I am far from a morning person, so getting out of bed earlier than 7 am is a huge undertaking for me. On the second day of the sight-seeing portion of our trip, though, I was willingly out of bed before 4 am. Why? The excitement and promise of spending six hours in a safari Jeep driving through the iSimangaliso Wetland Park and seeing stunning creatures in their natural habitat. If you love seeing photos of animals in the wild, get ready for this post, because we lucked out into seeing four of the Big Five! 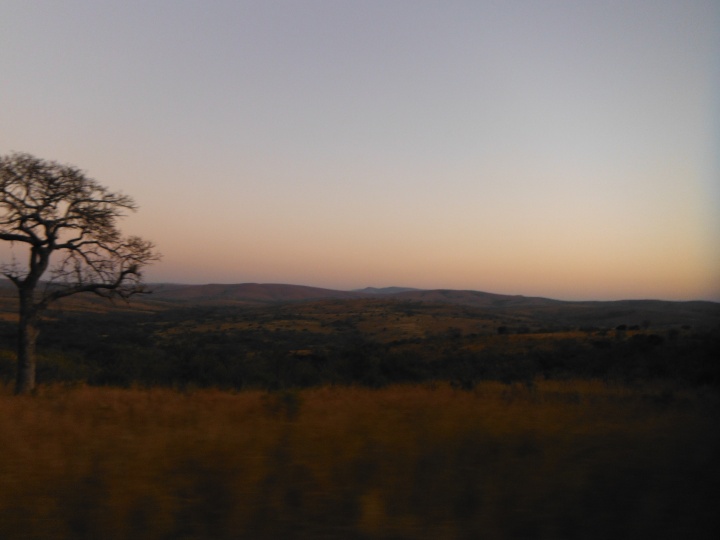 By this point on the trip, we had barely been awake for a sunrise, let alone had enough time to enjoy one. Sunsets are still my preference (and South Africa’s in particular), but the sun rises there spectacularly as well. I almost didn’t mind the entire first hour of our safari was largely animal-less.

The open-air Jeep was quite chilly, but it gave us the opportunity for some stunning landscape shots. The blurriness was inevitable as the Jeep rambled around, but I’m still quite proud of the pictures I managed to get. The uninterrupted views of the landscape were second only to standing outside the safety and comfort of the Jeep. 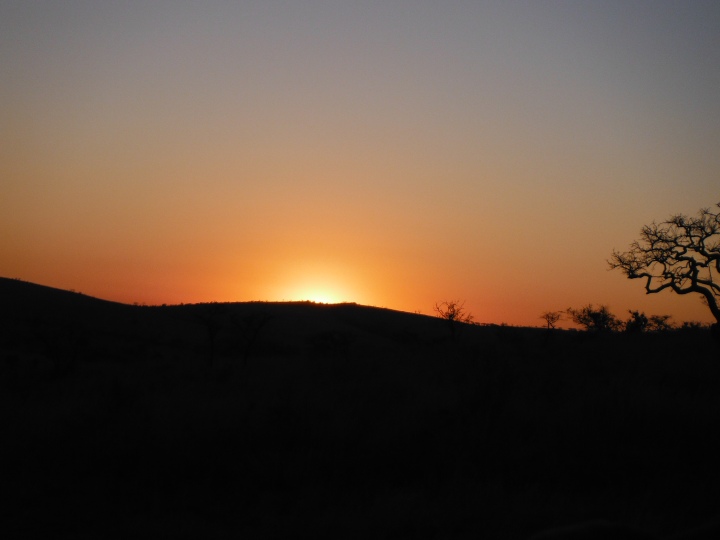 Before too long, we had our first view of wildlife – a rhino grazing in the grass nearby. It gave us each a flurry of excitement as we continued on our way, with our driver/tour guide helpfully radioing the rhino’s location for other safari guides to check out. It gave a sense of real camaraderie, particularly in moments when our guide would pull the Jeep over and inform visitors driving their own vehicles where to go. 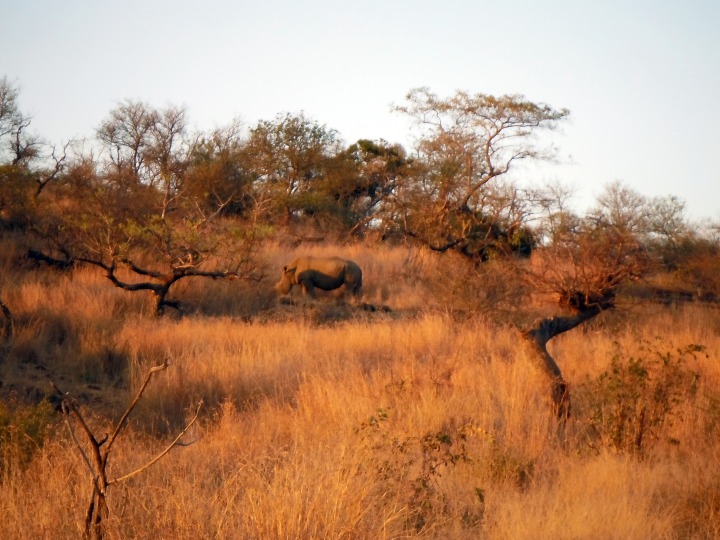 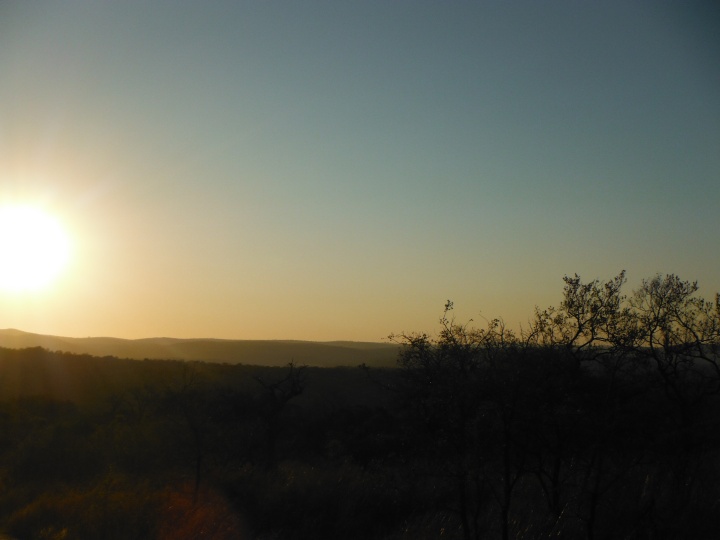 In 1999, the iSimangaliso Wetland Park became South Africa’s first World Heritage site. Access is available year round, though for your best chance at spotting wildlife, I suggest visiting during South Africa’s peak winter months (June to August). The park is roughly 332,000 ha, and home to countless species of mammal, bird, and fish.

Apparently it doesn’t matter how old you are, because everyone in our Jeep shouted out “Pumbaa!” when we came across our next animal. 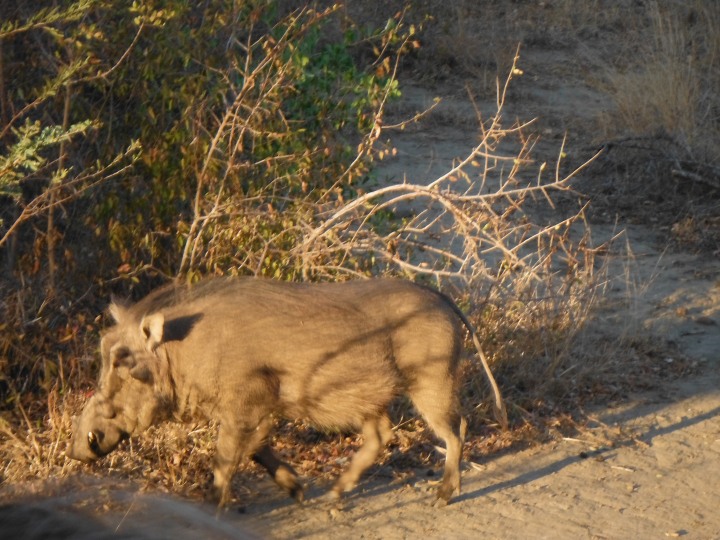 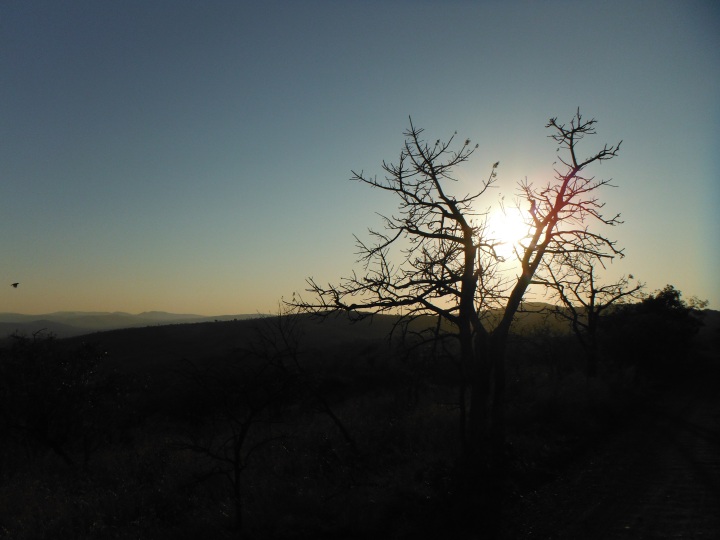 To qualify as a UNESCO World Heritage Site, the site must meet criteria for being of cultural and natural significance. The iSimangaliso Wetland Park surpasses these requirements.

Along with the diverse selection of wildlife, iSimangaliso boasts several ecosystems, which is another requirement for qualifying as a UNESCO World Heritage Site. Having driven through it, it’s not hard to see why this stunning area is worthy of such a title. 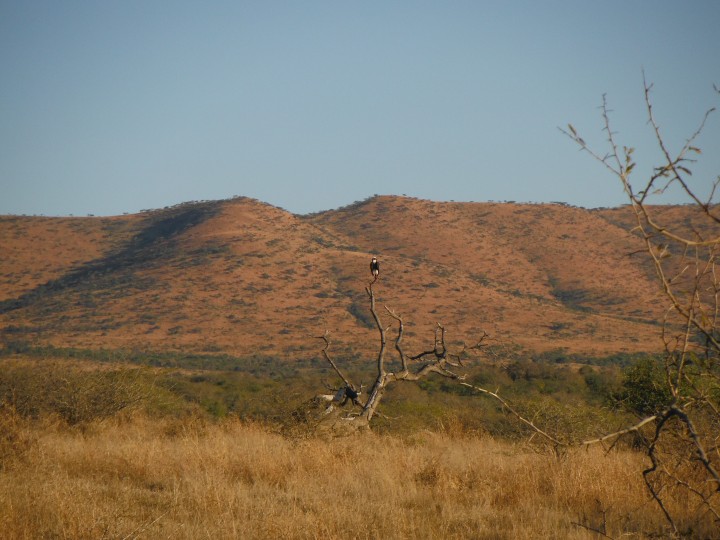 On our evening safari, we had already seen several giraffes, but that didn’t stop us from being excited and grateful to see more. 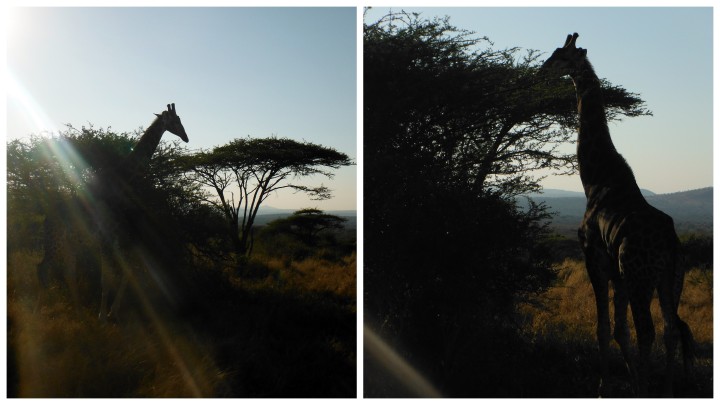 By the end of our safari, we had seen four of the Big 5. For anyone who isn’t aware of what ‘the Big 5’ refers to, they are the most dangerous yet most popular animals for hunters to target. The animals in question are the elephant, lion, buffalo, rhinoceros, and leopard, and one of the few countries that are home to all of them is South Africa. I am not condoning hunting for sport by any means – in fact, I am completely against it – but the label is any easy way to avoid needing to type the animal names altogether repeatedly. 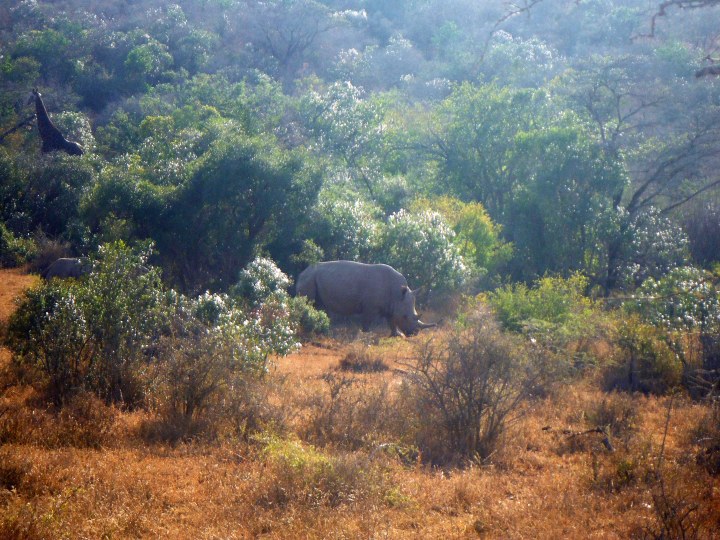 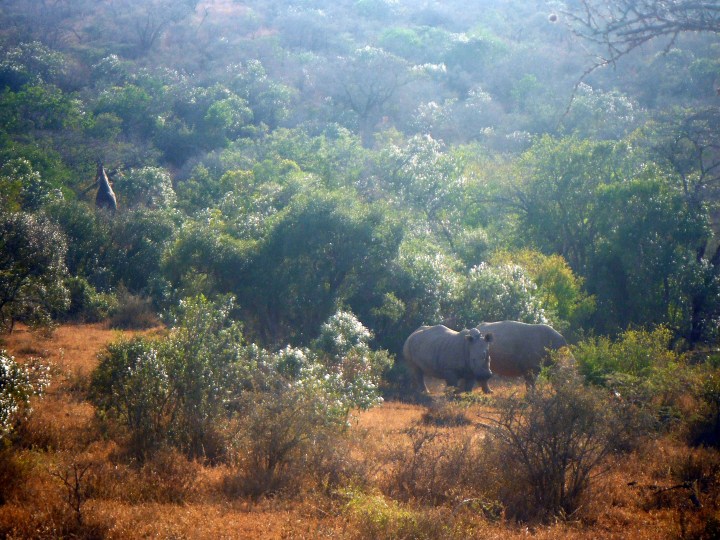 Our series of animal sightings continued to bring us good luck when we happened upon a family of lions. My pictures aren’t the greatest, since we were sort of far away, but there was no way I was willing to get any closer. Even so, seeing a few cubs running around and playing was impossible not to enjoy, even from a difference. A few of the cubs were as curiously interested in us as we were in them. 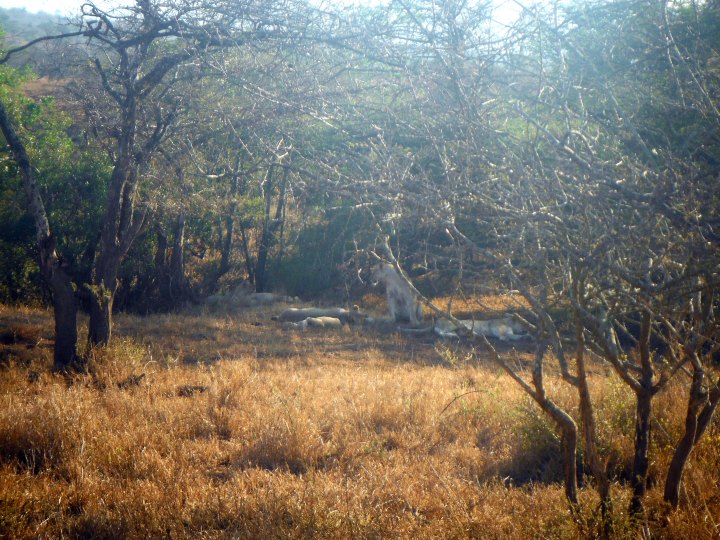 We weren’t the only ones in the jeep to see something for the first time that day…. Behold the interesting but disgusting sight of a warthog eating excrement!

Amidst our exclamations of surprise, our driver chuckled and called out a casual statement of “I’ve never seen that before”, adding to the feeling of our safari being a unique experience. 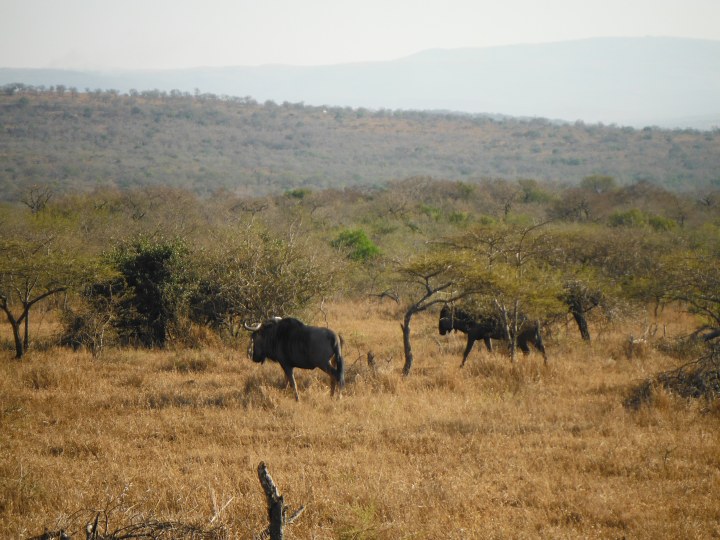 At this point we were a few hours into our safari, and we still had not seen the elusive South African elephant. Our driver had ensured us we would see at least one. Although it took a few hours, he was right!

We saw the above two elephants from afar only, but it didn’t take too long before we were rewarded for our patience.

While driving on one of the safari roads, our driver spotted an elephant walking down a hill some distance ahead of us. Our driver surprised us all by reversing, taking us farther from the elephant. Based on the trajectory of the elephant’s path, we all assumed our driver was going in the wrong direction. Luckily, we were very wrong about that, and should have trusted our driver’s expertise. 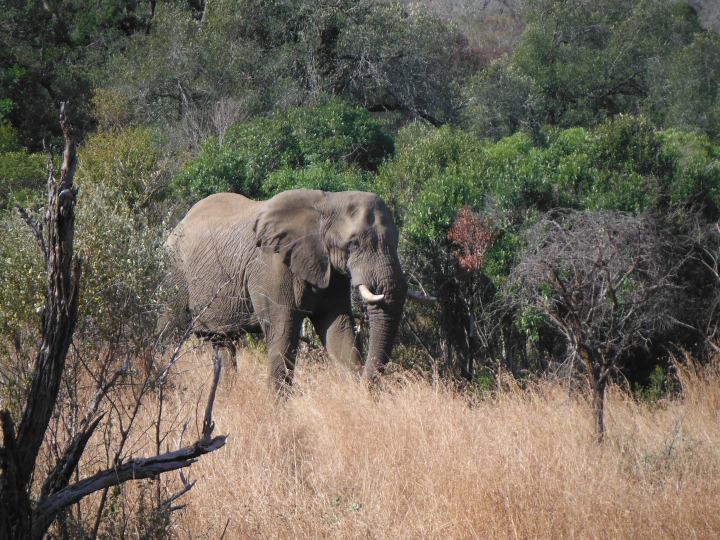 This was my favorite sighting of the day, and having seen an elephant in person, I cannot understand how anyone could willingly hunt such a majestic creature. It was an awe-inspiring moment for me, and one I’ll never forget. 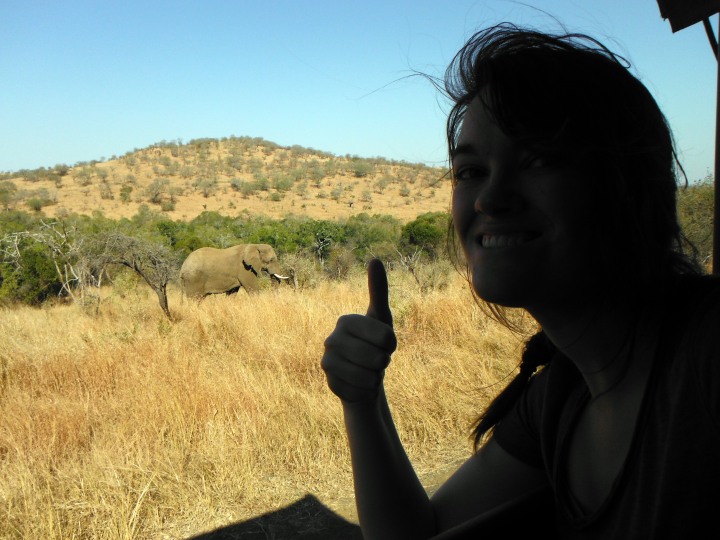 We could hardly believe our luck that day, but the well hadn’t run dry just yet – we had a visit from one last elephant. 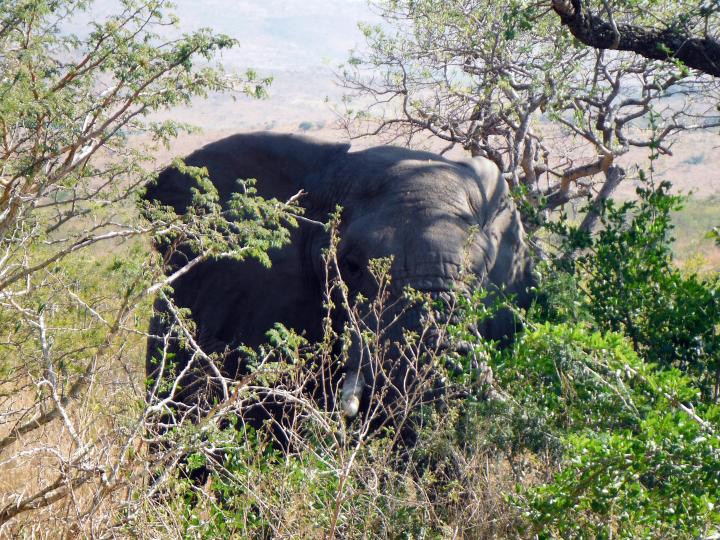 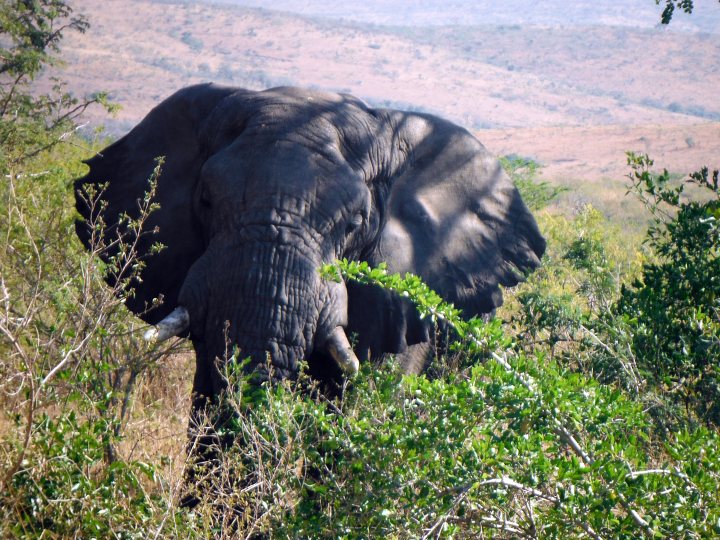 An African safari had been on my wishlist for as long as I could remember, and I am happy to say I was not disappointed. Zoos will never cut it again, and in fact I no longer even agree with them. Seeing animals in their natural habitat is an incomparable experience, and I hope one day to have the chance to take another. 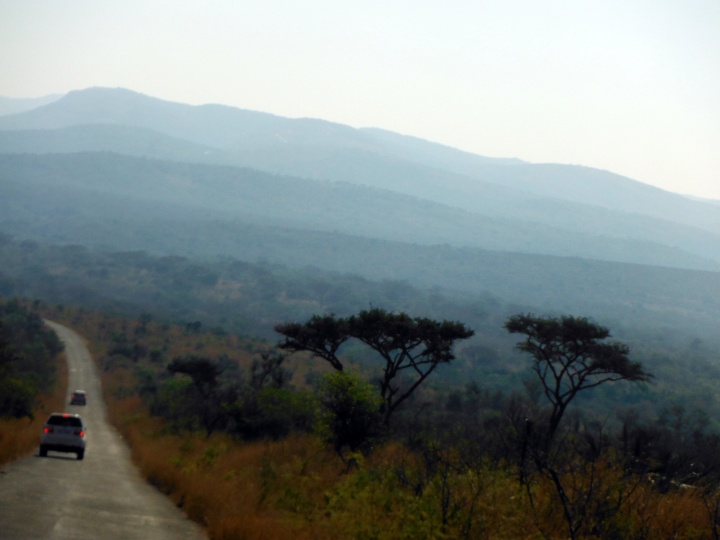 Have you ever been on an African safari? If so, what animals did you see?