Our day opened with free time. We slept in before wandering down the main street to Wimpy for breakfast. The breakfast was even tastier than I had expected, and none of us were disappointed. This was now the second time we had eaten in one of the nearby restaurants (food was cooked for us at the hostel, but as long as you notified them early enough in the day, you were allowed to venture elsewhere for food), and we were not disappointed with either experience.

From there, we wandered through the stores, shopping as well as keeping our eyes peeled for something to help with our costumes. We decided on a group theme – four of us would be zebras, and one of us would be a wildlife photographer trying to get a picture of us. The sixth girl decided she wanted to be a flamingo.

We hit a bit of a snag in our quest to be zebras – paint was surprisingly difficult to find, even with the wide selection of supplies most stores seemed to offer. Eventually we lucked into some and headed back to the hostel to start the transformation process. 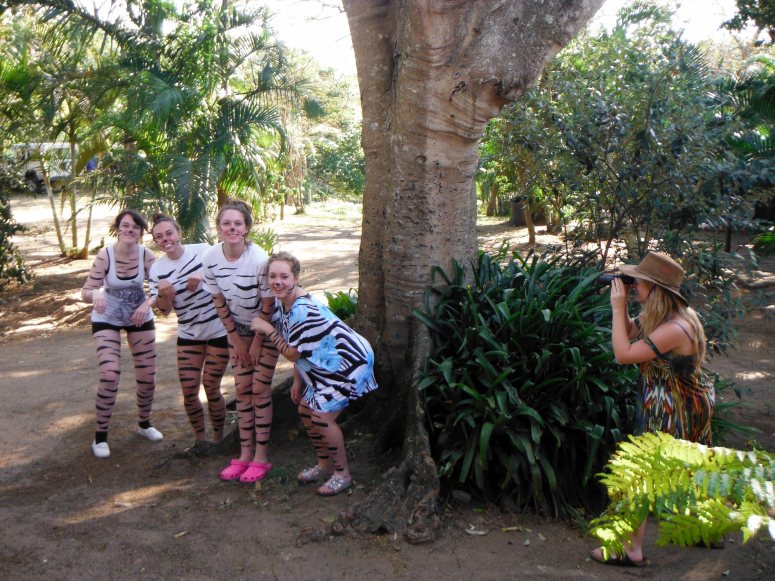 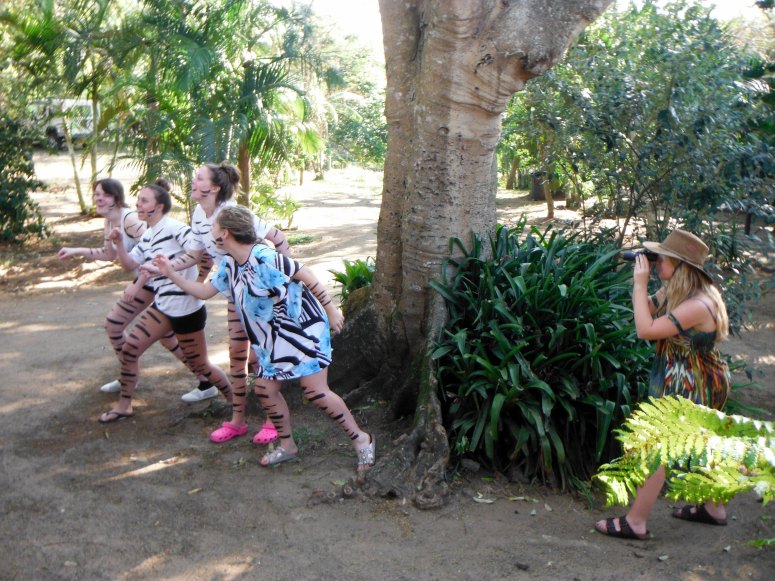 Everyone who dressed up was automatically entered in a contest that would be judged by the tour leaders. Although we didn’t win, we were quite happy for our girl Sophie, the flamingo!

Even though they didn’t have a chance of winning, the tour leaders dressed up as well. Leaders Cam and Joshua had perhaps the most hilarious costumes overall…. 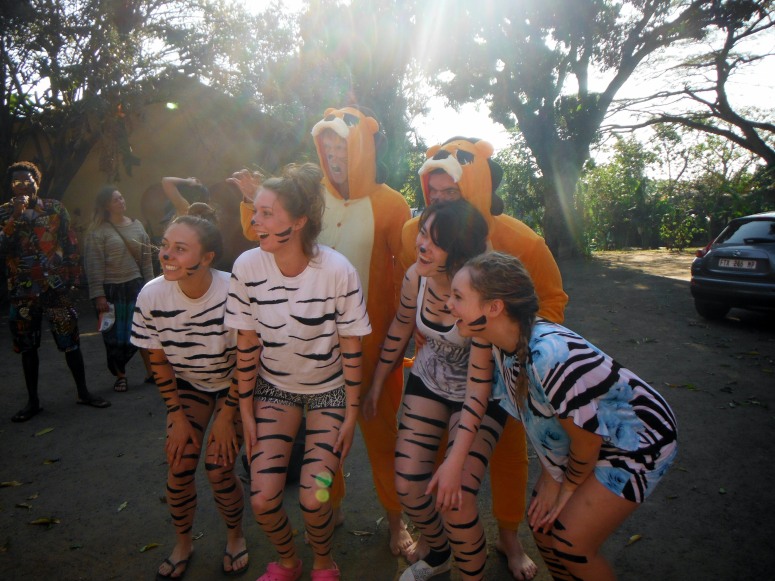 And thus, having had our fun and photo ops, we set out on our river boat cruise! 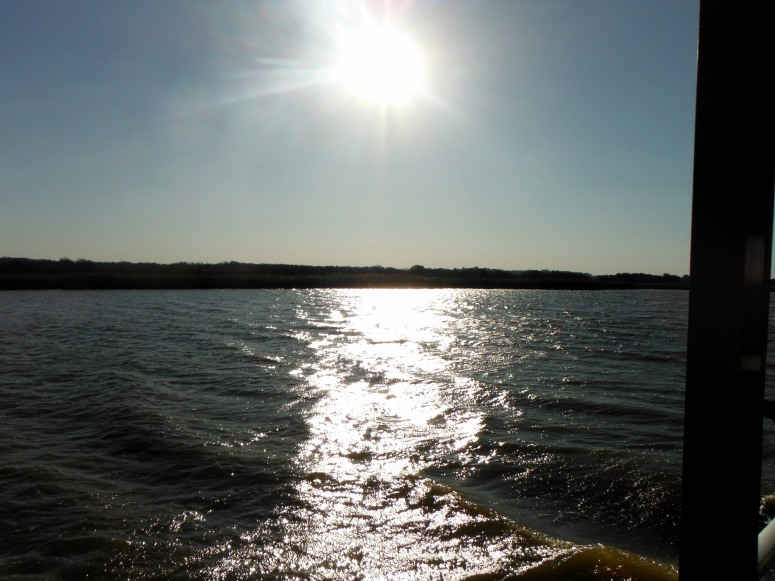 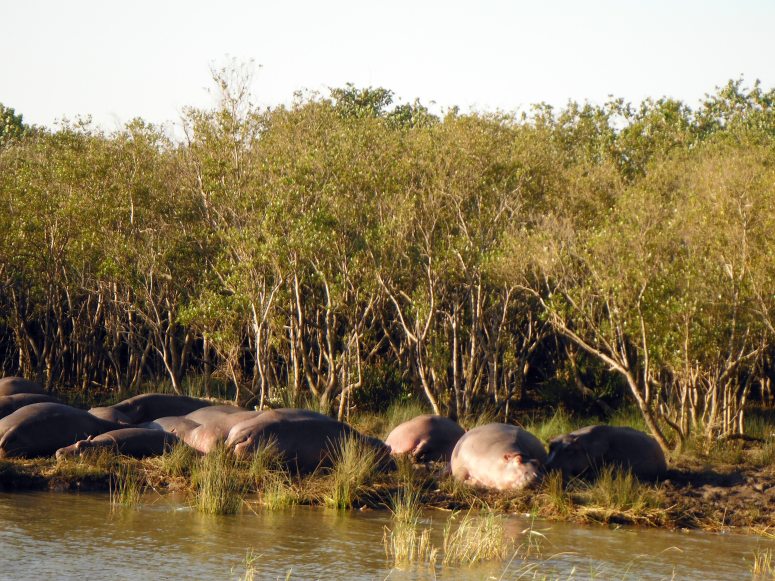 Within the first few minutes, we had already seen more hippos than our other sightings combined, though we had heard plenty about them. Although hippos are herbivores, you do not want to mess with them. If they see you as a threat, they may attack, especially if you are in the way of what they consider a safe place. If they get a hold of you, they will crush you – via either their feet or their immense teeth. We were advised to always keep a sharp look out, even when walking down the main street at night, as they sometimes like to roam. 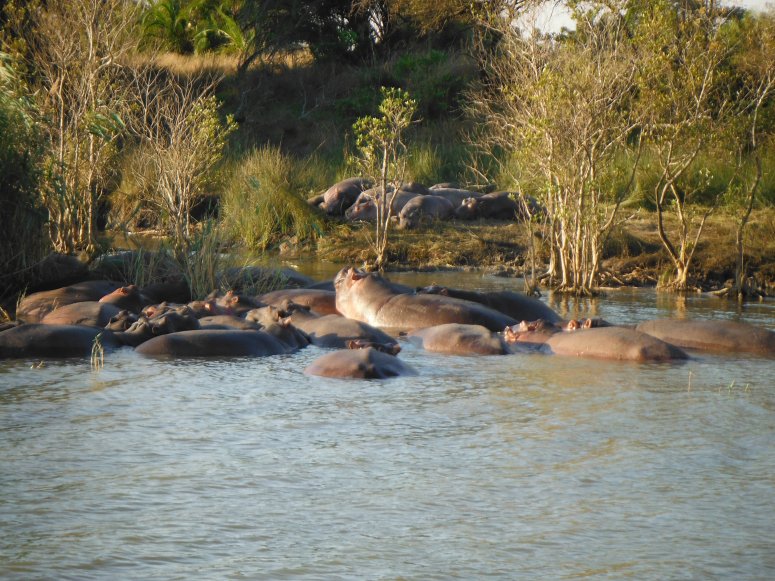 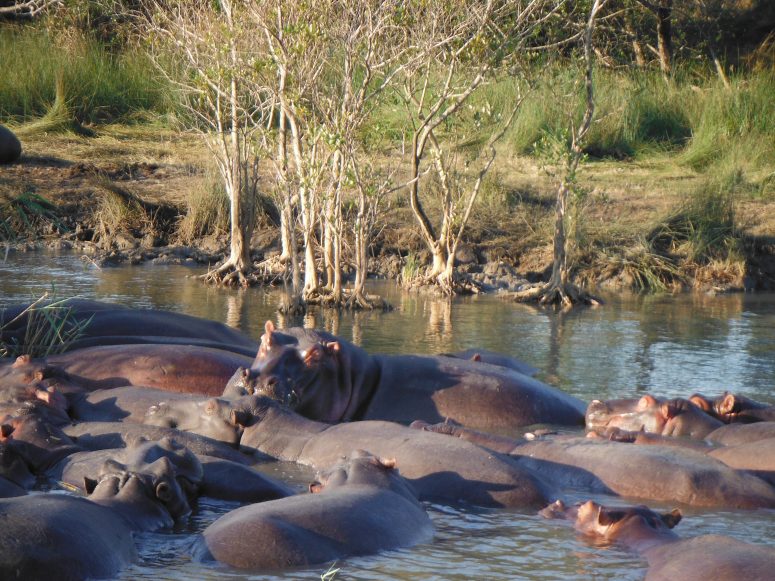 Dangerous though they may be, hippos are quite fascinating. Despite their size, they are agile creatures be it on land or in water. On land, they can run speeds around 23 km/h, and in water, adults can hold their breath for roughly five minutes. 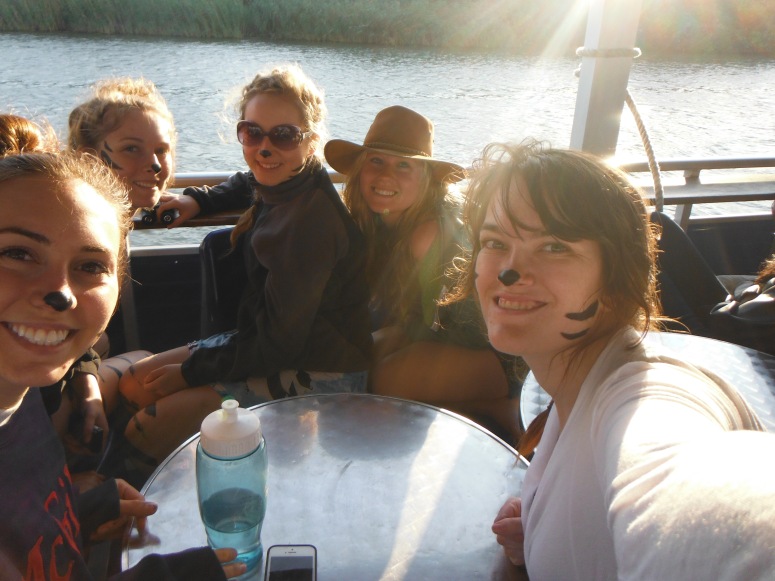 As if the day hadn’t been fun enough already, we hit our favorite sunset spot for another classic view.

The next morning we had an incomparable 6 hour safari through iSimangaliso Wetland Park, but since I’m saving that for the next post (coming soon, I promise!), I thought I’d talk about what we did afterwards.

About a 45 minute walk from our hostel was Jabula Beach, a stunning stretch of sand, dunes, and the Indian Ocean.

The walk was an interesting and eye-opening experience, as our journey took us through neighbourhoods where the people were clearly more well-off. These houses were often gated and much nicer than some of the other areas we’d laid eyes on already.

Up until this point, the only ocean I had ever seen or stepped foot in was the Atlantic Ocean. All that was about to change, though. Despite it being winter in South Africa, the Indian Ocean was bathwater warm, and we had a blast playing around in the shallow waters. We didn’t stray past the knees, however, as we had been forewarned of the strong currents in the area. Plus, we had to keep an eye out for wandering hippos, and ensure we didn’t inadvertently come between them and the shore. 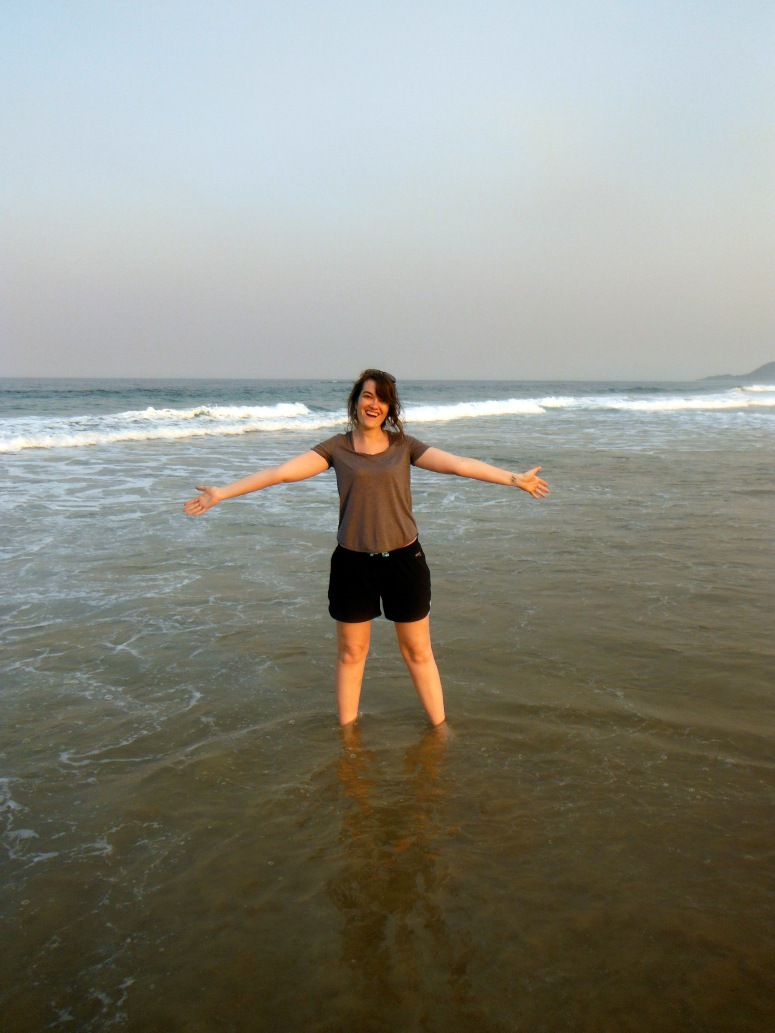 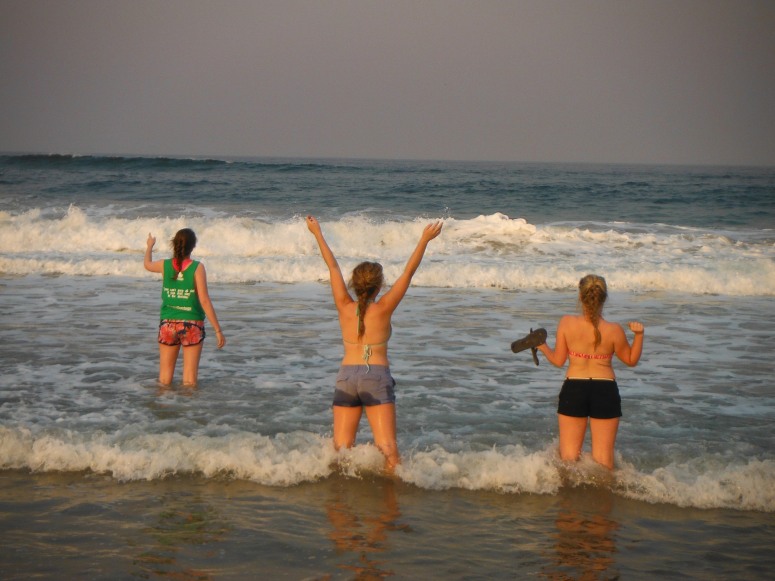 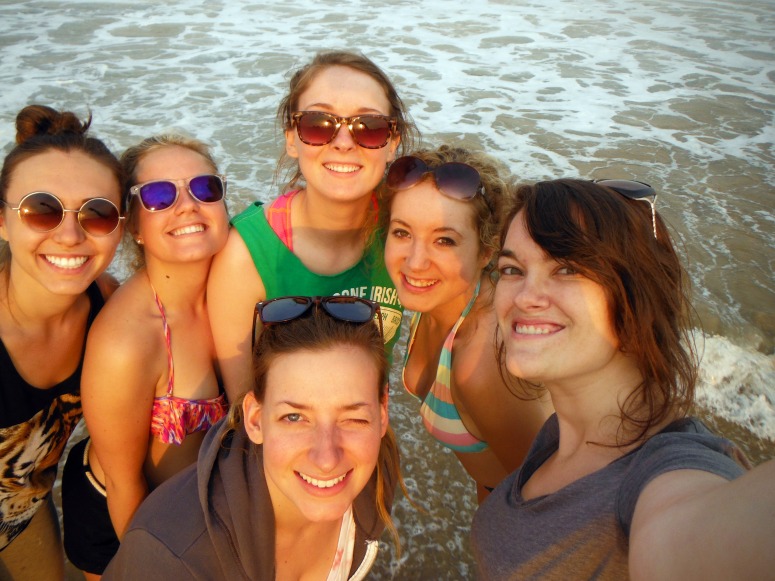 With sunset – and dinner time – fast approaching, we made our way back, grateful we had taken the time to check out such a stunning beach. There were so few people nearby, it felt almost like a hidden gem.

With one last message in the sand, we bid adieu to Jabula Beach.

Have you ever seen a hippo up close? How many oceans have you stepped foot in?