Thanks to the group I was divided into, my volunteer days just kept getting better. My third and fourth days included interacting with kids at the elementary school and at a nearby daycare. Plus, we had our first of three safari experiences, and you can’t beat that!

The children at the school could be slightly overwhelming in their attempts to be near us. During recess, the kids went bananas trying to spend time with us, be it playing games or taking pictures with us. 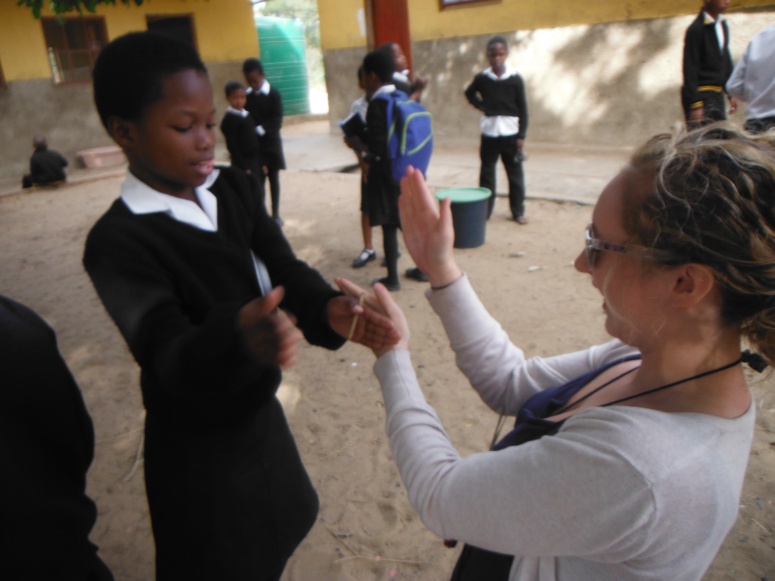 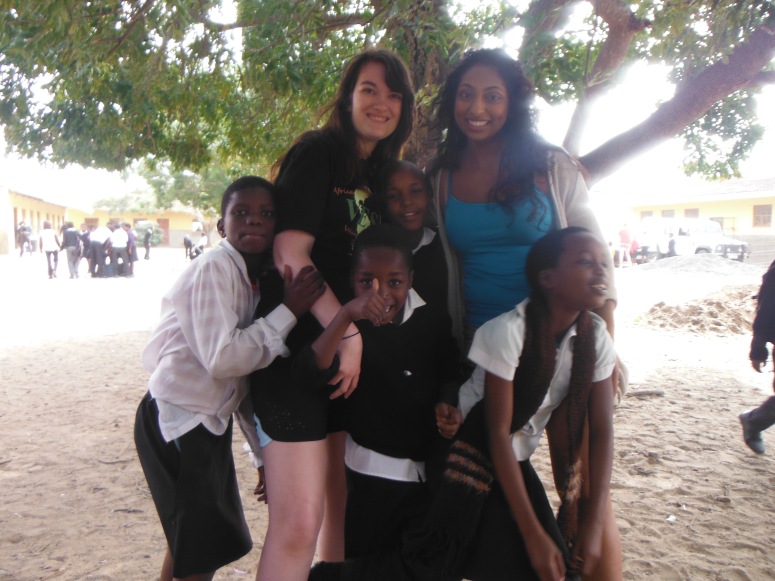 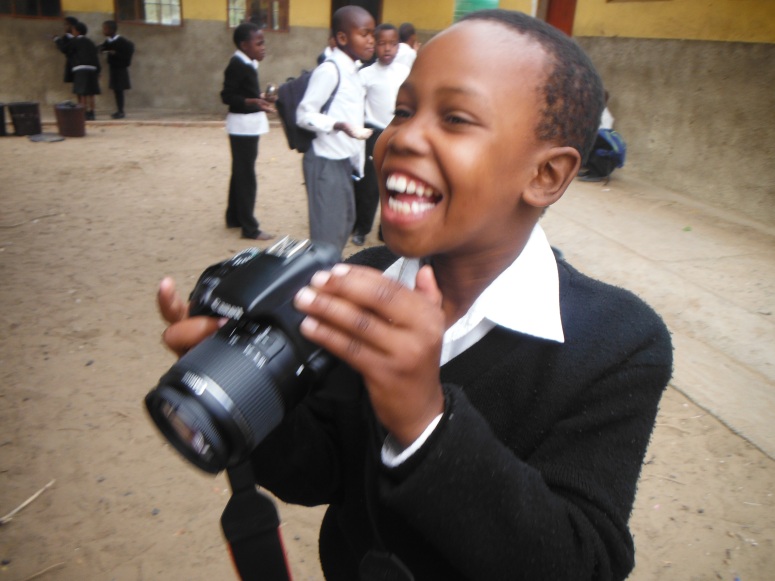 One of my favorite things about their recess time was how often – and well – the kids played in large groups. Songs and dances were abundant, and it was wonderful to join in. At one point, balloons were brought out and the kids went wild for them.

The best moment of the education volunteering was when several children described to me what Nelson Mandela meant to them. It was a moving and unforgettable experience.

Unfortunately, the worst moment of the entire volunteer experience also happened in one of the classrooms. During one of the classes, the teacher hit one of the students. My fellow volunteers in the room and I exchanged uneasy glances, until we realized the other students were looking at us to see our reactions. It was a terrible feeling to know we had no right to say anything, even though we all wanted to. Cultural differences present themselves when you visit another country, and this was the most troubling one. For awhile afterwards, we discussed whether or not we made the right choice.

On a happier note, the afternoons were spent assisting at a nearby daycare. 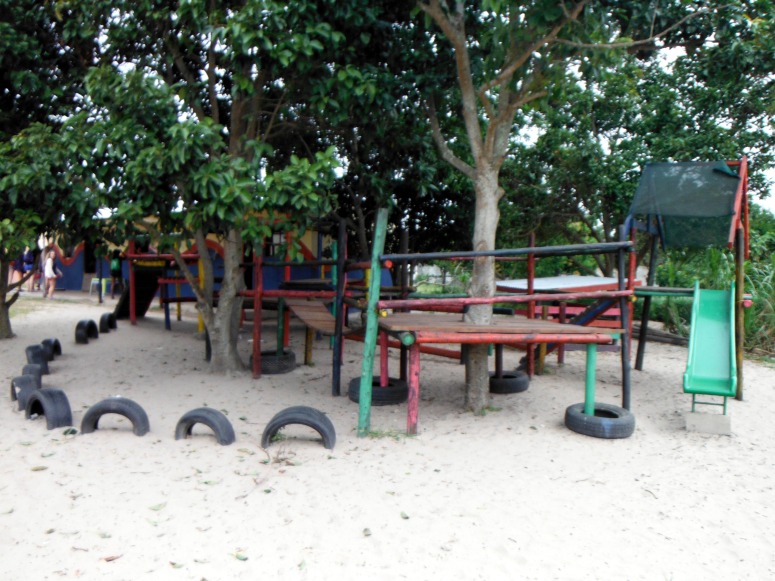 There were three rooms, with roughly 25 toddlers and several more babies, and our presence there was meant to assist the head caregiver and give her a much-needed rest. Much like the kids at the school, these adorable munchkins were very attached to us. The first day was unfortunately rainy and windy, so we had to stay inside. Even so, the children were adorable and playing with them was an enjoyable way to pass the afternoon. 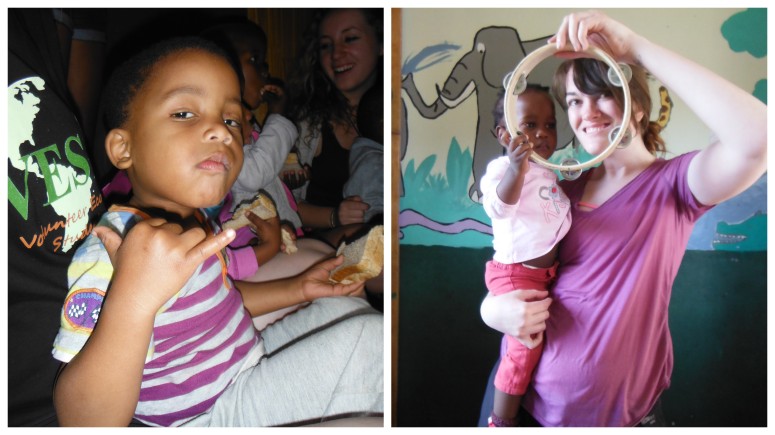 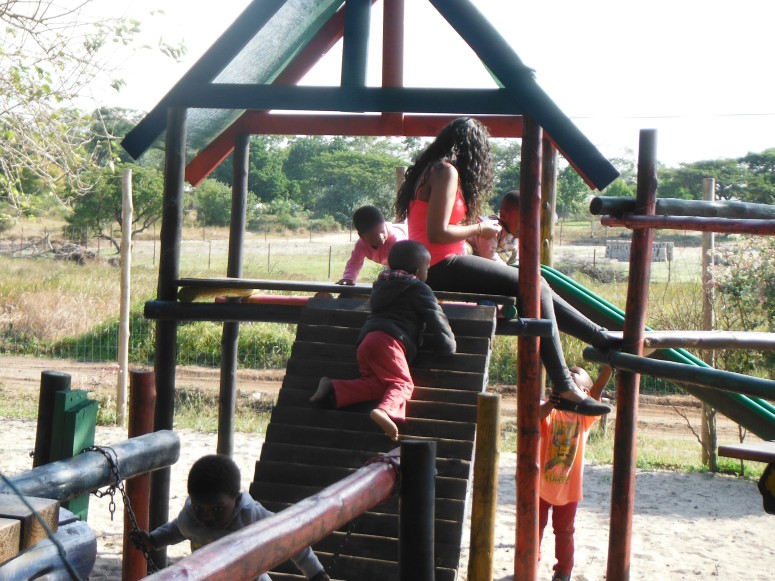 Since the education days ended earlier than the other volunteer days, we had our first safari – an evening one – after one of the education days. Our group was divided into two, with half signing up for the first night and half for the second night. My friends and I were a bit miffed – since we were sitting towards the back of the bus when the sign up sheet was handed out, we were automatically slotted into the first night. This would have been a good thing, had it not been miserably raining off and on throughout the day.

The weather seemed to hear our pleas, as by the time our safari was under way, the sun was out and things were considerably drier. 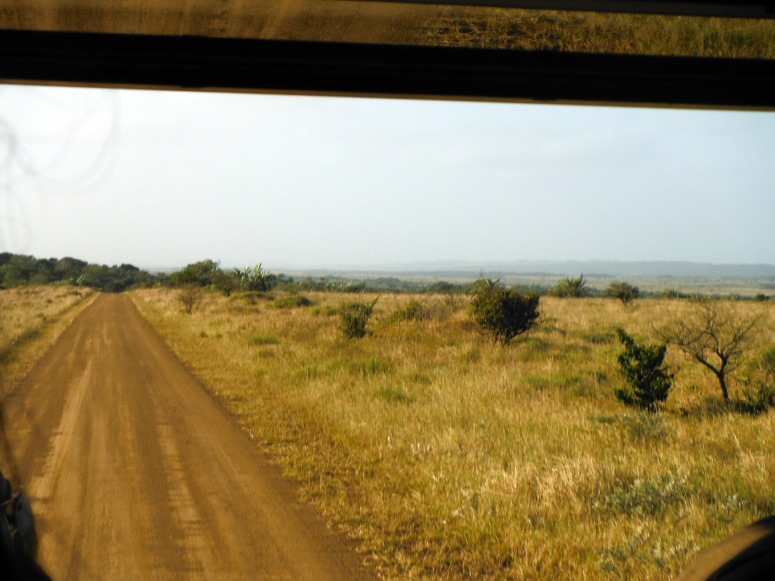 Our first animal sighting brought on a wave of excitement among all of us. What we all really wanted to see, though, was an elephant. 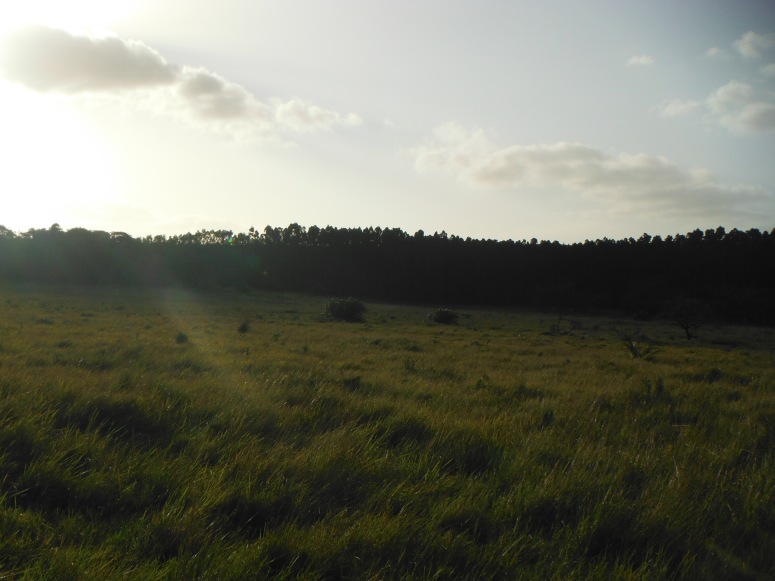 Instead of an elephant, our second animal sighting was a tower (yup, apparently that’s the word!) of giraffes. Giraffes are one of my all-time favorite African animals, and they are exactly as graceful as I had imagined them to be. 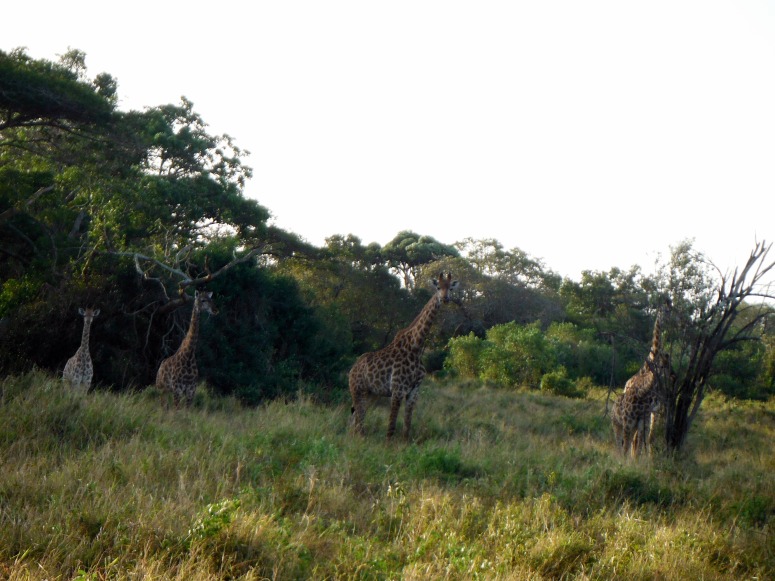 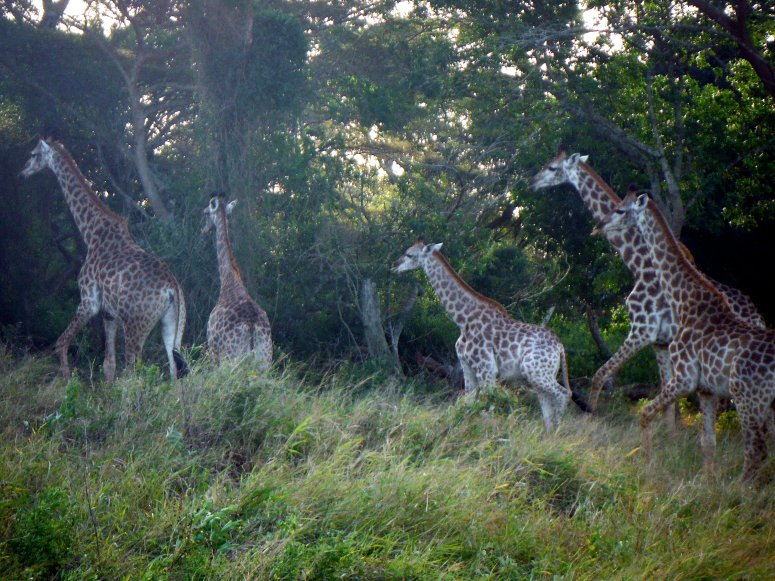 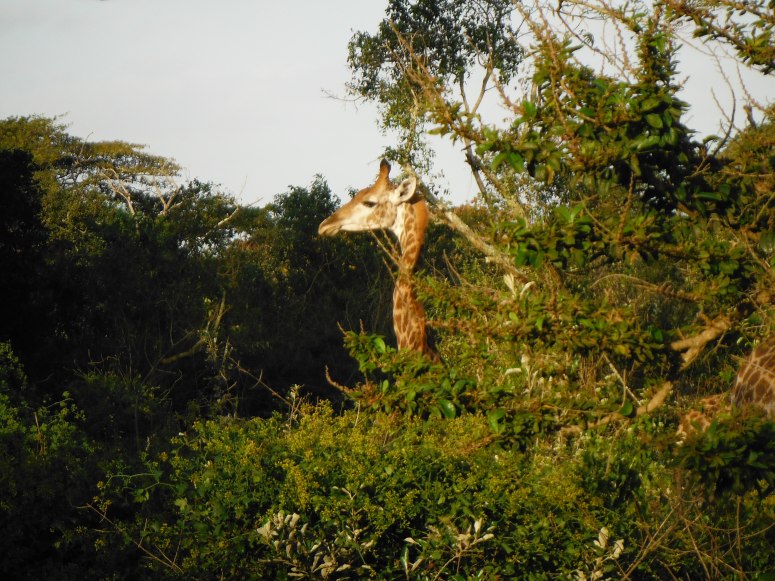 Our next animals were ones I was equally excited for – zebras! 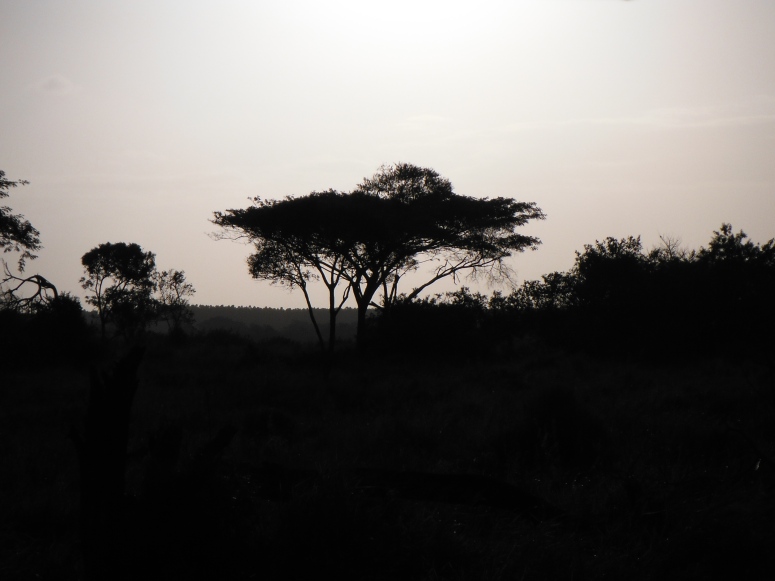 At this point, we still hadn’t seen an elephant, but we were all extremely happy about the animals we had seen. After a brief stop at an overlook, we made a detour to a spot usually populated by hippos. Our safari driver, Theo, kept us out a little later than he was supposed to, largely because he felt bad we hadn’t seen an elephant yet. 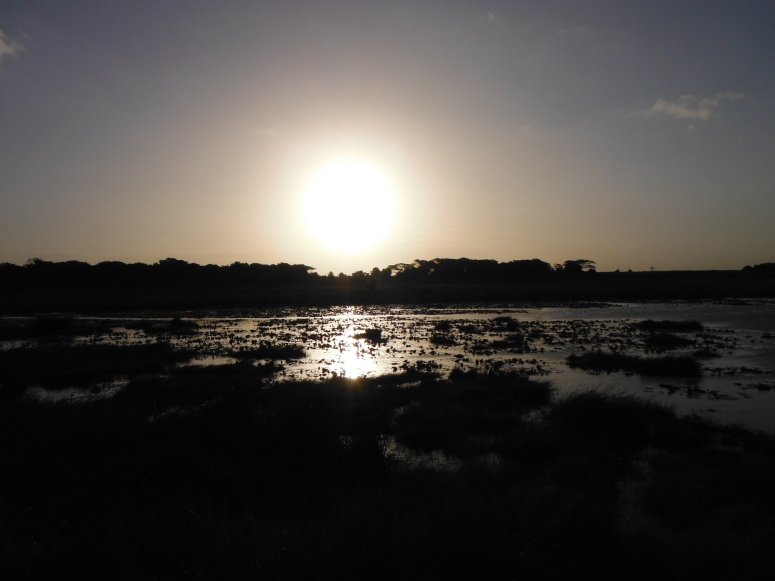 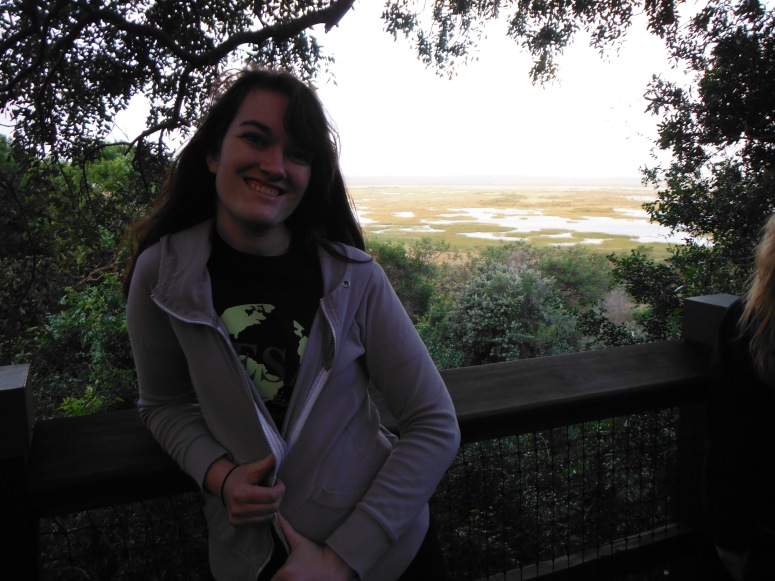 On our way out, we came across two extra visitors – our first out-of-water hippo, and an adorable little chameleon. 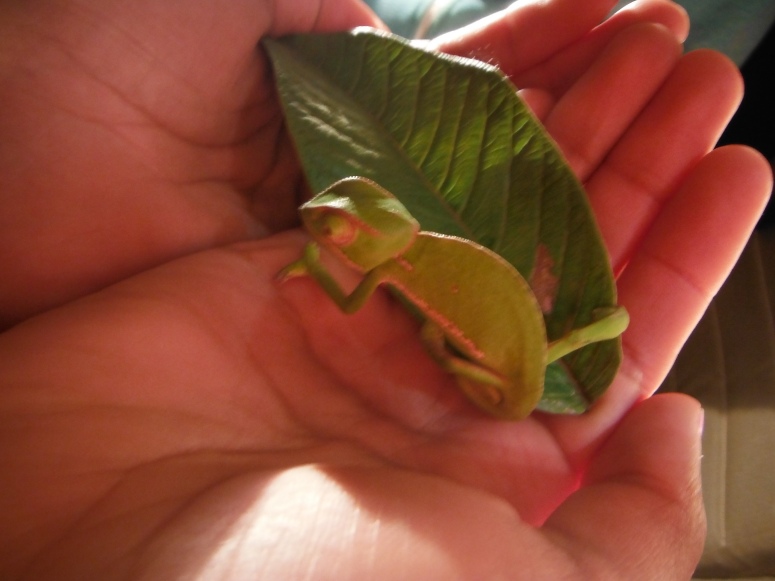 Aside from the awkwardness of the hitting incident, our education volunteering days were a wonderful experience, and our safari night couldn’t have been better. Well… unless an elephant had wandered by. 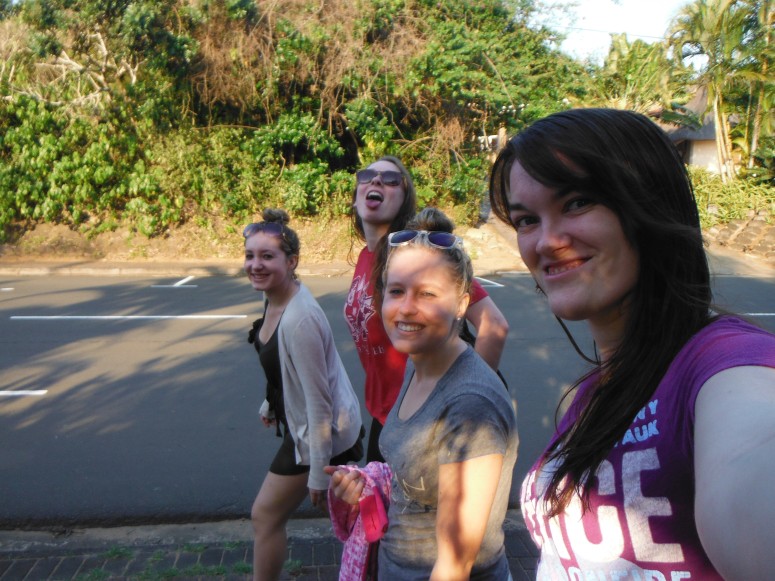 Have you ever experienced a moment where you had to keep your mouth shut, even though it went against your instinct? Have you ever been on an African safari?